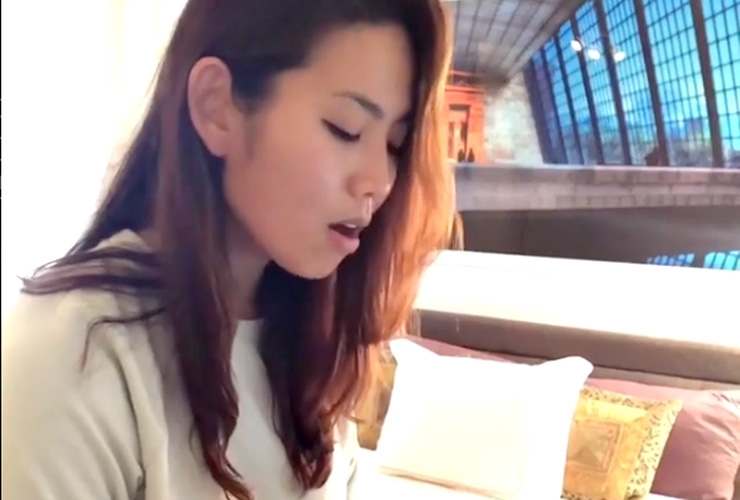 By Alex Myers
Welcome to another edition of The Grind where we were pleasantly surprised by how much fun (non-)Masters weekend wound up being. I had forgotten so much from Phil Mickelson’s 2004 victory (I was just a senior in college then), and I actually didn’t recall a lot from Tiger Woods’ win last year. Kidding! I remembered everything about the momentous occasion, but it was still a treat to watch again, especially with Woods providing commentary throughout. Kudos to Jim Nantz and CBS for such a special broadcast, in particular this part, which might be the best interview Tiger has ever given:

.@TigerWoods walking off the 18th green to celebrate his return to glory with his family is an image we’ll never forget.

One year later, he reflects on just how much it all means to him. #MastersRewind pic.twitter.com/9DfmU8k2pL

It’s getting dusty in here again! Awesome stuff all around. That being said, let’s hope we don’t have to do this next year.

Tiger Woods: As mentioned, the Easter Sunday broadcast was pretty special. Based on a quarter-century of rather guarded interviews, it was surprising—and great—to see Tiger get so emotional. Perhaps more surprising, though, is that he became social media’s biggest star last week. First, by posting this photo of him hosting a stay-at-home Masters Champions Dinner featuring food he would have had served at the real thing:

Masters Champions Dinner quarantine style. Nothing better than being with family.

And then by sharing his homemade Magnolia Lane:

Who is Tiger’s gardener? And who is his social media specialist? Both had strong Sundays.

Phil Mickelson’s robe: For his Masters Rewind, Phil donned a white robe instead of the green jacket:

‪Hat, robe, COFFEE for WELLNESS. Who else is ready to watch themselves win the Masters today?‬ Tune into CBS at 2:30pm ET to watch!‬

Wow, that thing looks comfy. By the way, how nice must it be to re-watch your own Masters win? I’m guessing it’s pretty nice—especially in one of those robes.

Dakota Cunningham: Usually I’m jealous when I hear other people’s hole-in-one stories, but this John Strege story about a young St. Jude’s patient overcoming leukemia is awesome. And the 14-year-old didn’t just get lucky with an ace. He’s a total stick who also calmly sank a putt worth $50,000 in front of Justin Rose last year. Impressive. Speaking of “kids” …

Collin Morikawa: A year ago, Collin was finishing up his senior year at Cal. Now? He’s a PGA Tour winner, he holds the tour’s longest active made-cut streak and he recently received his first Masters invite. Already one of the world’s best iron players, we caught up with Collin on this week’s Golf Digest Podcast to talk about all that and more. Turns out, he has some great taste in TV as well:

This guy is really going places. Well, after the lockdown, that is.

The “Mock Masters” final leader board: First off, congrats to Patrick Reed for winning our statistical experiment run by Rick Gehman and chronicled by Shane Ryan. No doubt Reed would have enjoyed having Tiger Woods return last year’s favour by slipping the green jacket back on the 2018 winner. But based on the reactions, let’s just say this wasn’t a popular victory. And that a final leader board of Reed winning by three over Corey Conners and Tyrrell Hatton after Tiger, Rory McIlroy and Phil Mickelson all collapsed in the final round? Thanks, but we’ll stick to re-watching 2019.

Cabot St. Lucia’s timing: To be clear, Cabot St. Lucia, which we got a sneak preview of in Derek Duncan’s latest Golf Digest piece, looks like it’s going to be awesome. And why wouldn’t it be? It’s a Bill Coore/Ben Crenshaw design that’s set to open in 2021 in a spectacular part of the world. 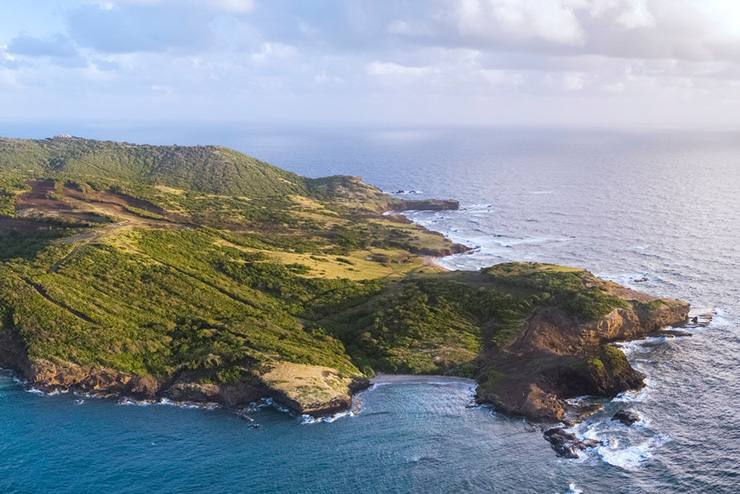 That being said, these guys couldn’t have built this thing before I honeymooned in St. Lucia in 2015? Sigh.

This week would have been the RBC Heritage at Harbour Town, AKA that place with the lighthouse on the 18th hole where C.T. Pan edged Matt Kuchar last year for his first PGA Tour title. OK, so it’s more known for the lighthouse. 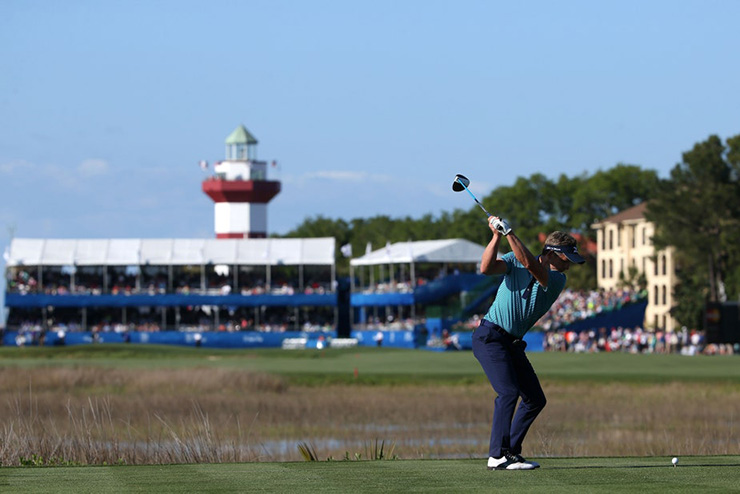 Random tournament fact: Luke Donald has five runner-up finishes in this event without a win. Basically, what the U.S. Open is to Phil Mickelson, Hilton Head is to Donald.

—Jim Nantz will record an interview with C.T. Pan for the broadcast this week: 1 MILLION-to-1 odds
—Luke Donald would finish runner-up in a “Mock Heritage” simulation: Even odds
—I’m going to have nightmares about that snake: LOCK

PHOTOS OF THE WEEK

Let’s share a couple uplifting stories of life during these scary times. First, Michael Thompson and his wife, Rachel, adopted a second child: 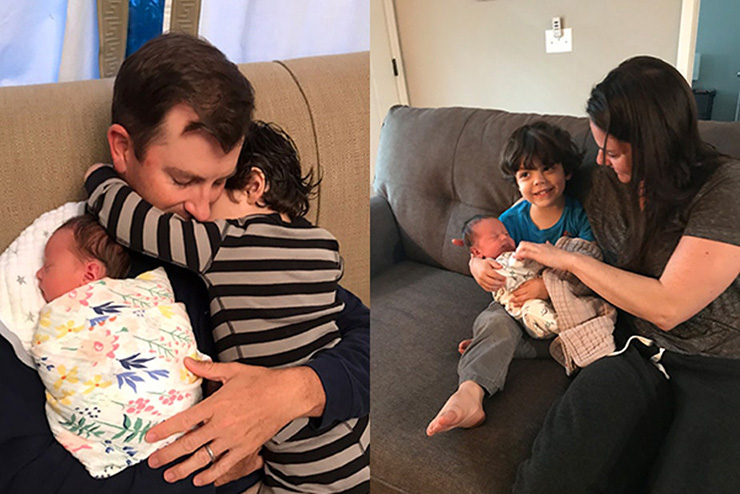 Happy Easter to everyone! We’re blessed to have welcomed Enzo Akins Garcia on Friday, April 10, at 6:25 pm. Enzo and Angela are both doing great, and Azalea is very happy to be a big sister! Hope you all have enjoyed Easter (and Masters) Sunday. God bless from our family to yours pic.twitter.com/ipjLtv9SnL

So much for Sergio sticking with the Masters-themed baby names. “Firethorn” really would have turned some heads. Oh well.

This guy did a Tiger King-Tiger Woods mashup. And it’s awesome.

Nothing will replace The Masters this week, but I hope this video will help with the pain.

I saw a Tiger. pic.twitter.com/JHUsDi2pSs

Keeping with the kids theme, how about this effort?

THIS WEEK IN TOUR PRO PUBLIC DISPLAYS OF AFFECTION (AND BOOZING)

With no RBC Heritage to contend at, Luke Donald and his wife, Diane, shared a special lockdown cocktail recipe:

It’s Fri-Yay, and we are READY for a cocktail! 🥳 Here is my go-to recipe for a skinny spicy (optional) margarita. *Also easily ordered in a bar when the world re-opens and we can go out again🙌🏼. Here’s what you will need… Fresh lime juice 💚 White tequila 🤍🥃 Orange liquor 🍊(like Grand Mariner, Cointreau, or Triple Sec) can also use fresh orange juice if you want to be very low cal Thinly sliced jalapeño 🔥 Sparkling water 💦(can be lemon, lime or even grapefruit flavored) Ice 🧊 Mix together lime juice, tequila, a splash of orange liquor, and a few slices of jalapeño with ice in a cocktail shaker. I’m sorry I don’t have measurements but watch the video 🤣 and really it’s to taste. You may want more lime or more orange liquor than I like. But for this recipe i counted to 4 for the tequila, 2 for the grand mariner, and juiced 2 limes, one for each drink. If you like it sweeter add more orange liquor, spicier add more jalapeño, stronger… and more TEQUILA💃🏼! Shake shake shake, pour over ice, garnish with jalapeño slices and top with sparkling water. ❤️

If I didn’t have a nearly two-decade-long ban on drinking tequila, I’d give that a try.

This back-and-forth #Quarantunes battle between LPGA pro Tiffany Joh and former player Jeehae Lee might be the best thing on Twitter right now. Here’s a sampling:

Damn. These girls are good. Are they taking requests?

Goal was to make it in the white bag.. looks like we still need some work.. Jumping in the #golfgains challenge with #teamcisco. I’m up against @k_m_mitchell, surely he can do a little better.. You can vote for the winner tomorrow on @tishaalyn IG story.

Never mind. Keep working on it, Viktor. You’ve got time.

Doug Sanders, on his dual reputations as a straight hitter and a ladies’ man: “The only times I left the fairway was to get a phone number.”

That might be the greatest quote of all time. RIP Doug Sanders.

European Tour pros have been told to brace for a “radically different” tour when play resumes, including reduced tournament purses. Not good. … The PGA of America and USGA have earmarked millions of dollars to help club pros, course employees and other workers affected by COVID-19 shutdowns. That’s better. … This week’s podcast guest, Collin Morikawa, and a bunch of other tour pros including John Daly, Michelle Wie and Jimmy Walker will compete in a charity poker tournament presented by MGM Resorts. Let’s see if Jimmy is snake-bit at the tables also. Sorry, couldn’t resist. … And finally, even with all the Tiger replays in my house, my daughter still calls him “Lion” for some reason:

I’m failing as a parent.

Who is the best poker player on tour?
Did Joe Exotic really do all his own vocals?
Is Phil allowed to take that robe off of club grounds?