Tiger Woods provides update on his recovery from back surgery: “There’s no hurry” 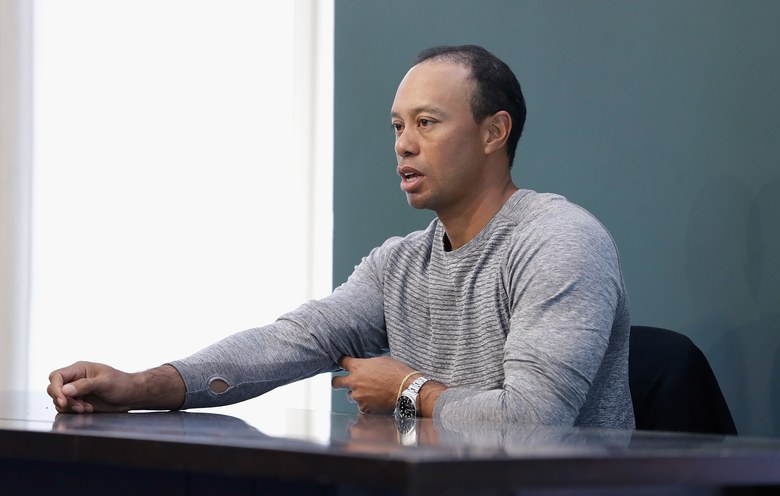 Tiger Woods provided a mostly positive update on his recovery on Wednesday. However, the 14-time major champ didn’t give any details as to when golf fans can expect to see him back on the course.

“All I can do is take it day by day. There’s no hurry,” Woods wrote on his website. “But, I want to say unequivocally, I want to play professional golf again.”

Woods missed the cut in his only PGA Tour start of 2017 at Torrey Pines then withdrew after the first round at the Dubai Desert Classic the following week with back spasms. After skipping the Masters — although, he attended the Champions Dinner — Woods underwent a fourth back operation in late April that will keep him out for at least the remainder of the 2016-2017 PGA Tour season. This fourth procedure was different from the other three, though, in that it was a fusion, usually considered a last resort. Woods explained his reasoning behind the surgery.

“I could no longer live with the pain I had. We tried every possible non-surgical route and nothing worked. I had good days and bad days, but the pain was usually there, and I couldn’t do much. Even lying down hurt. I had nerve pain with anything I did and was at the end of my rope. The process leading up to my decision to have surgery was exhaustive. I consulted with a specialist, and after weighing my options, that’s when I decided to go to Texas to have surgery.”

Woods says the procedure gave him “instant nerve relief” and that he hasn’t “felt this good in years.” Woods wasn’t able to appear at his annual “Tiger Jam” in Las Vegas this past weekend (he thanked Kate Upton and Wesley Bryan, among others, for their roles in his absence), though, and he says he “can’t twist for another two and a half to three months.” Although he’s been spotted out and about a couple times recently, with that kind of physical limitation, Woods says he’s “concentrating on short-term goals” and that “Presently, I’m not looking ahead.”

The former World No. 1 did gaze into his crystal ball, however, to predict one sports outcome. He thinks the Golden State Warriors will win the NBA championship.