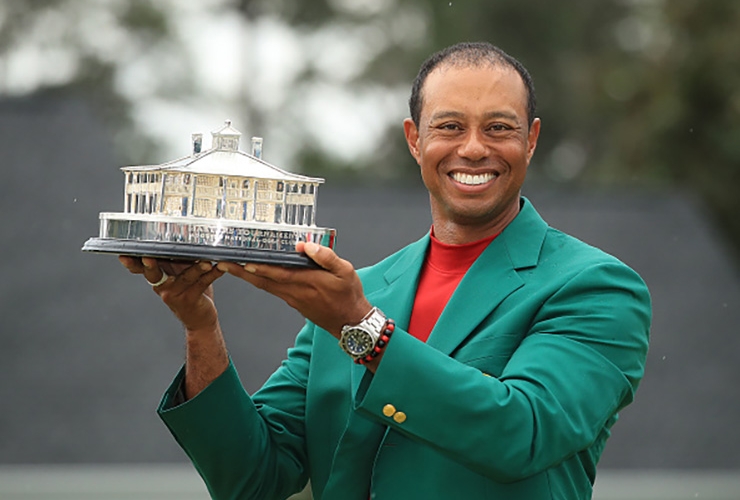 AUGUSTA, GEORGIA – APRIL 14: Tiger Woods of the United States celebrates with the Masters Trophy during the Green Jacket Ceremony after winning the Masters at Augusta National Golf Club on April 14, 2019 in Augusta, Georgia. (Photo by Andrew Redington/Getty Images)

By Christopher Powers
After winning the 1997 Masters as a 21-year-old, Tiger Woods returned to Augusta National the following year and famously served what any college-aged kid would serve at the Champions Dinner: cheeseburgers, fries and milkshakes. In the 22 years since that night, a lot has changed in Woods’ life. His taste buds have not.

During a conference call with reporters previewing the upcoming Masters, Woods, the defending champion, gave an early look at what would be on his 2020 Champions Dinner Menu. It won’t be cheeseburgers and fries again, but it will be one of the next best things—fajitas! He’ll also be serving sushi, and, most importantly, he’s considering bringing back milkshakes:

Tiger's Masters Champions Dinner menu is a nod to his SoCal roots:

—Steak and chicken fajitas
—Susi and sashimi
—"Debating whether to have milkshakes as dessert, because that's one of my great memories, to see Gene Sarazen and Sam Snead having milkshakes that night in '98."

Anybody else’s mouth watering? Strong menu from Tiger, who had a very similar menu for his last Masters Champions Dinner in 2006. That year it was steak and chicken fajitas, quesadillas as an appetizer, salad, Mexican rice, refried beans and apple pie and ice cream for dessert. In 2002 and 2003 he went with porterhouse steak, chicken and sushi. We’re sure some last-minute alterations will be made for 2020, but for now we’ll still give the menu a solid A. It will be bumped to A+ if milkshakes make the cut.