Tiger Woods: I understand the politics behind Saudi International but golf ‘can help heal a lot of that’ 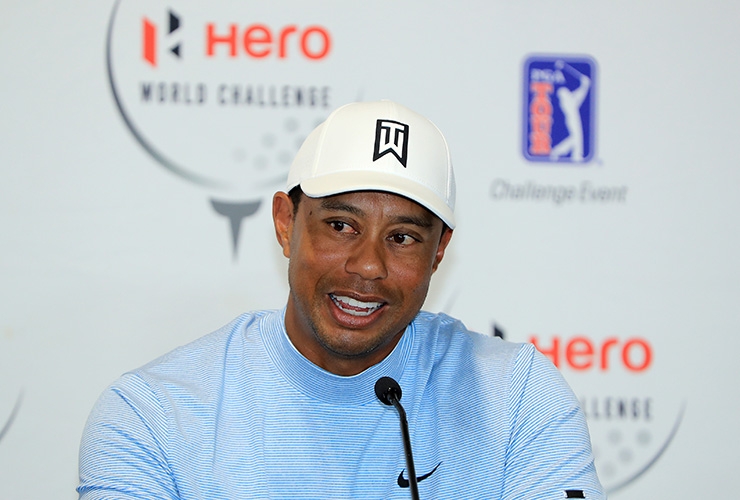 David Cannon/Getty Images
Woods talks to the media during his pre-tournament press conference ahead of the 2019 Hero World Challenge at Albany on December 3, 2019, in Nassau, Bahamas.

By Joy Chakravarty in Albany
Tiger Woods might not be among the big names set to tee it up in the 2nd Saudi International late next month but the 15-time major champion has gone into bat for golf in the Kingdom, hitting out at criticism of the European Tour stop in western media.

Phil Mickelson is the latest big American name to have announced that he would participate in the $3.5 million tournament that will be held from January 30 to February 2 at Royal Green Golf & Country Club in King Abdullah Economic City. Also returning for the event are the defending champion Dustin Johnson, the reigning world No1 Brooks Koepka and 2018 Masters champion Patrick Reed.

Mickelson faced widespread criticism for not playing the Waste Management Phoenix Open next year, a tournament he has played every year for the past 27 years, and agreeing to go to Saudi Arabia instead.

Woods, who has repeatedly said he wants to pursue a limited schedule to preserve his fragile back and knee, is said to have rejected an appearance fee of $3 million.

Speaking after the ProAm of the Hero World Challenge, Woods said: “I just didn’t want to go over there…it is a long way to go.”

“I understand the politics behind it. But also, the game of golf can help heal a lot of that, too. It can help grow it,” said Woods.

“It’s traditionally not a golf hotbed in the Middle East. But it has grown quite a bit. I remember going to Dubai for my very first time and seeing maybe two or three buildings in the skyline. Now there is a New York City skyline.

“Again, golf has grown. There were only a few courses when I went to Dubai and now they’re everywhere. Same with Abu Dhabi, and maybe eventually in Saudi Arabia.”

Woods, along with the Tiger Woods Foundation and NEXUS, the real estate development and asset management company he has formed with Tavistock owner Joe Lewis, Ernie Els and Justin Timberlake, continue to raise money for the Bahamas. Two islands were completely devastated by Hurricane Dorian earlier this year.

It was announced that the One Bahamas fund created by NEXUS has raised over $8 million so far, and the first big project undertaken is the construction of an orphanage in one of the islands.

Several activities have been planned this week to shore up more funds with the tournament sponsors, Hero MotoCorp, also pitching in.

Chairman Dr Pawan Munjal announced that the tournament will donate $500 for every birdie, $1,000 for every eagle and $2,500 for any hole-in-one made this week to the One Bahamas fund. Apart from this, the India Night on Thursday is also expected to raise a hefty sum through raffles and other activities.

Woods added: “It’s important for all of us who are part of this community. I have an apartment here, I keep my boat here, I’ve been here for the better part of a decade now. It’s near and dear to my heart coming down to this area, but it’s sad to see the devastation that happened because of Dorian.

“Any way we can help rebuild lives, we will do. There are so many houses that have been destroyed and people just don’t have what they used to have. It’s important for us as a tournament and it’s important for Hero as our partner to help any way we possibly can.”

The 18-man tournament starts a day earlier this year to give an extra day for captain Woods and his team members to travel to Melbourne for next week’s Presidents Cup.