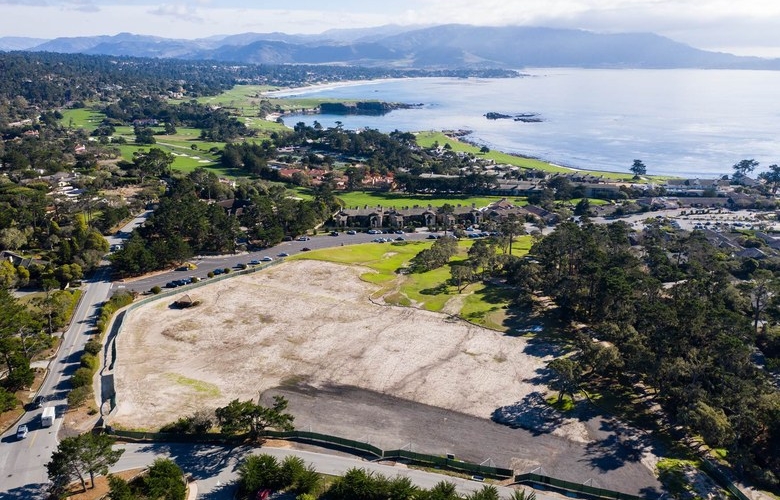 By Stephen Hennessey
Pebble Beach’s nine-hole par-3 course, Peter Hay, has always been a bit pedestrian in nature. But that’s about to change.

The resort announced on Tuesday that Tiger Woods’ design firm, TGR Design, will start reconstruction of the rather mundane layout in 2020, rethinking the previous routing to include a second hole that will replicate Pebble Beach’s famous seventh hole—by the exact elevation change, exact dimension of the green and even wind direction, as the proposed second hole at Peter Hay will play due south just like the famous par-3 seventh.

Conversations about the vision of Peter Hay were actually sparked by Tiger Woods during his preparations for the U.S. Open this year, Pebble Beach vice president and Director of Golf John Sawin told Golf Digest on Tuesday. Tiger noticed that some construction was ongoing at Peter Hay, which served as the grand entrance to the U.S. Open last year, and he expressed an interest in being involved in the future of a reimagined short course at Pebble Beach.

“From our standpoint, it was a natural fit,” Sawin told Golf Digest. “Tiger and his team are very fun, creative people. And they have experience building these fun, dynamic playable short courses that are interesting and challenging for avid golfers, but still fun and playable for beginners. And maintaining that family-oriented, welcoming environment for junior golfers and beginners will be a great fit for how we see Peter Hay continuing to play a role in our community within the golf resort.”

Perhaps known mostly by Pebble Beach guests as the land used for hospitality and parking lots for big events like U.S. Opens, the AT&T Pebble Beach Pro-Ams and the famous Concourse d’Elegance car show in August, the course opened in 1957 and boasts a modest layout, but it has always been a great place for juniors and beginners to get a taste of Pebble Beach. The resort’s impressive practice academy, across the street from Peter Hay, opened in 2014, and given the proximity of the two, Sawin says the resort plans to more closely align the experience at both facilities.

Sawin says the resort will submit for permitting in February after the AT&T Pebble Beach with hopes of construction starting in May. If all goes according to plan, the reimagined Peter Hay could open mid-fall.

This adds to Tiger’s growing list of designs, including a new course opening, Payne’s Valley, which will open at Missouri’s Big Cedar Lodge in 2020, following new courses at Bluejack National outside Houston, which made Golf Digest’s Second 100 Greatest in its first year of eligibility and El Cardonal at Diamante in Cabo San Lucas, Mexico, among others.

“Tiger Woods has such a great history here, which I know he’s proud of and we’re very proud of,” Sawin said. “It’s great to formalize a partnership together.”