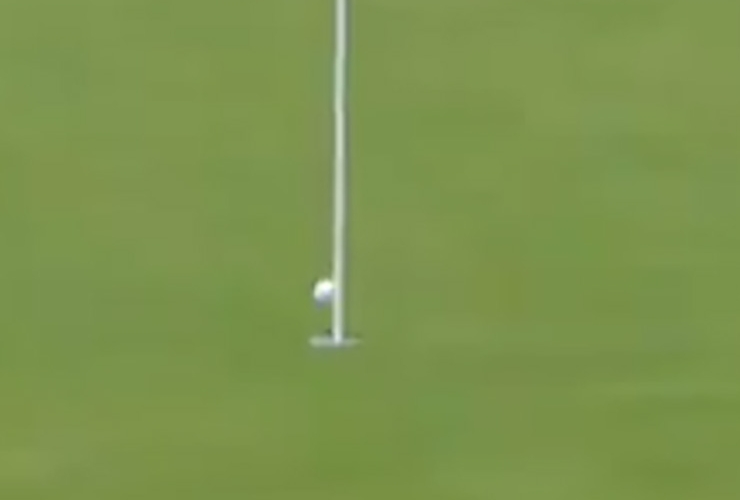 By Alex Myers
Tiger Woods has seemingly defied physics many times to produce amazing results throughout his legendary career. His latest bit of sorcery, though, wound up hurting him.

In Sunday’s final round of the Farmers Insurance Open, Woods holed his approach shot on the par-4 second hole at Torrey Pines’ South Course. At least, he appeared to for a split-second before the ball popped back out.

“Oh, you’re kidding me!” Nick Faldo exclaimed during Golf Channel’s early broadcast. “Wow! That might be a first.”

Sir Nick also correctly pointed out that golf fans are going to see this shot replayed a LOT in the coming days. So here it is. Watch as Woods’ ball takes two hops and then completely disappears before spinning out to within a foot.

⛳️ @TigerWoods nearly holed out from the fairway.

The ball went IN the hole … and came back out. ? pic.twitter.com/ikm21gLSju

How?! The ball was gone! 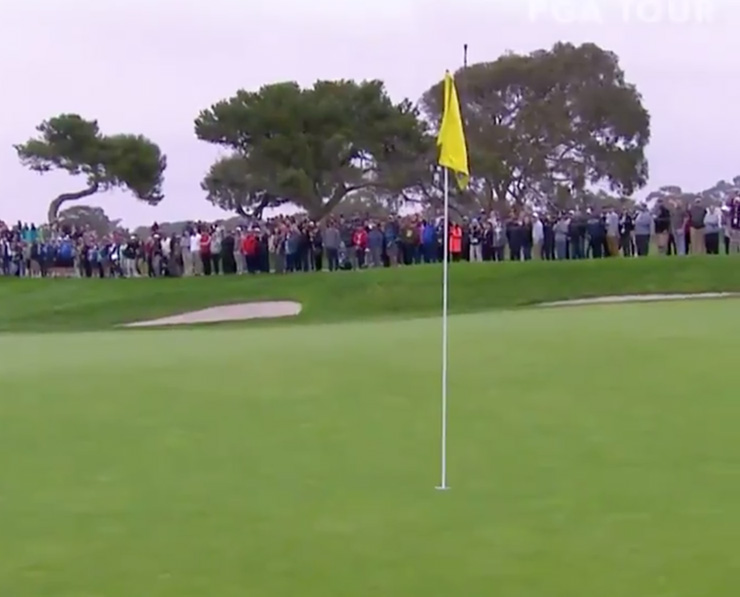 What an absolute dagger—especially for someone trying to make up five shots entering the final round.

Tiger knew needed to do something special on Sunday to win his record-breaking 83rd PGA Tour title, but the resulting tap-in had to be the most disappointing birdie of 2020. That is, it will be when Woods is shown that ridiculous replay.