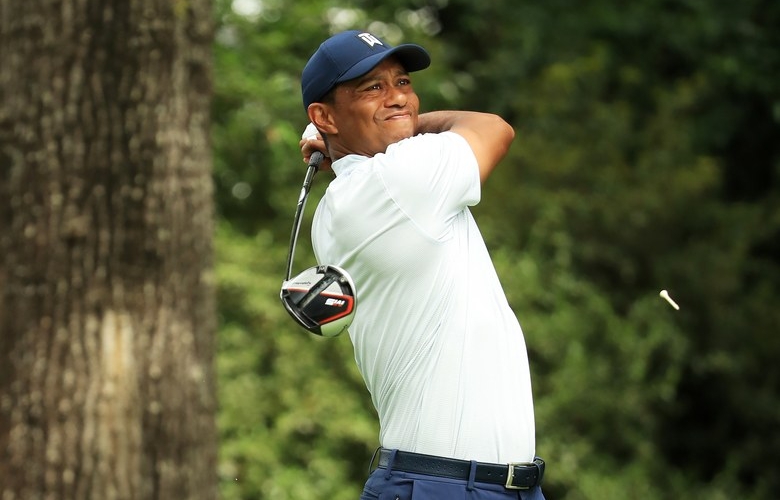 Andrew Redington/Getty Images
Tiger Woods plays his shot from the second tee during the second round of the Masters at Augusta National Golf Club on April 12, 2019, in Augusta, Georgia.

By Joel Beall
Tiger Woods didn’t play at Colonial following his short week at Bethpage Black. That didn’t stop the 43-year-old from crossing another benchmark.

Woods moved from No. 6 to No. 5 in the latest Official World Golf Ranking. It is his highest standing in the OWGR since the summer of 2014. The 15-time major winner was able to make the leap thanks to the system’s minimum divisor, one that dropped Justin Thomas—who’s been out since the Masters with injury—to No. 6.

Playing in this week’s Memorial—a tournament he has won five times—Woods can reach as high as No. 3 with a victory. Woods holds the record for most consecutive (281) and cumulative (623) weeks at No. 1 in the OWGR.

When Woods began his latest comeback at the 2017 Hero World Challenge, he was ranked No. 1,199.

Other significant jumps this week included Andrew Putnam and C.T. Pan (both T-3 at Colonial), and Jim Furyk (T-13). All moved into the top 50, good enough to get invites to the 2019 Open Championship at Royal Portrush. If Putnam can stay in the top 60 by June 10, he will also earn a spot in the U.S. Open at Pebble Beach field; Pan and Furyk are already exempt.