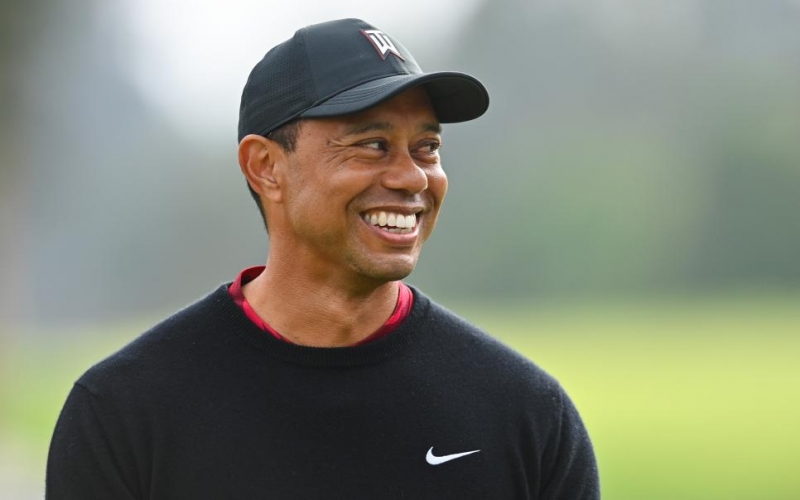 By Dan Rapaport
Tiger Woods’ private jet was spotted in Augusta on Tuesday morning, ostensibly ahead of a practice round at Augusta National as he decides whether to play in next week’s Masters.

Woods, who sustained traumatic injuries in a single-car accident in February 2021, remains on the official list of participants on the Masters website but has not yet announced whether he’ll play. The 46-year-old has not competed on the PGA Tour since the Masters in November 2020.

Fans and media tracked Woods’ private jet on Tuesday morning and posted screenshots to social media that appeared to show the plane en route from South Florida, where Woods lives, toward Augusta. Eureka Earth then posted a video showing a plane with Woods’ foundation logo and tail number on the ground at the Augusta airport.

Over the weekend, a video surfaced showing Woods playing a round at his home course of Medalist Golf Club in Hobe Sound, Fla., and various reports have suggested Woods has ramped up his practice in recent weeks with a goal of teeing it up at Augusta National. Woods is a five-time winner of the Masters, and this year’s tournament marks 25 years since his first major championship victory there. He has said that while he will return to golf, his time as a “full-time” golfer are over and that he will have to play a limited schedule moving forward.

Spending Tuesday at Augusta would seem to suggest Woods is testing whether his surgically rebuilt right leg can withstand walking the famously hilly course for four straight tournament rounds. Woods competed alongside his son at the PNC Challenge in December but rode in a cart between shots and didn’t have to hit every shot due to the scramble format.

He has maintained that his return will depend on his ability to walk courses and reiterated a long-held position that he will not enter a golf tournament if he doesn’t feel he can win it.

“I don’t want to come out here and just play,” Woods told CBS in February. “That’s how I am. I need to feel that I’m confident that I can beat these guys, and I got to do the legwork at home. It’s on me.”

Woods has historically announced his decision on whether to play the Masters on the Friday before tournament week. In 2015, he announced on that Friday that he would play, while in 2016 and 2017 he waited until the Friday to announce his withdrawal.