Thomas walking a knife-edge at Western Amateur in the US 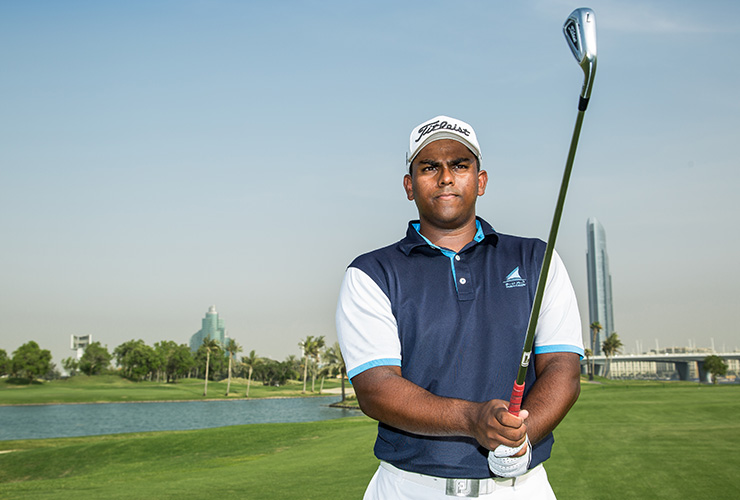 By Kent Gray
A topsy-turvy Tuesday sees Rayhan Thomas walking a tightrope into today’s pivotal second round at the 115th Western Amateur Championship in Glencoe, Ilinois.

The 17-year-old Dubai-based Indian amateur No.1 was two-under at the turn in his opening round at Skokie Country Club but eventually mixed five birdies with as many bogeys (including dropped shots on 16 and 18) to sign for an even par 71. It left the dual Dubai Creek and Emirates GC member, ranked 66th in the official world amateur rankings, in a 17-way share of 49th place in the 156-player field.

The leading 44 players and ties after today’s second round advance to Thursday’s final 36 holes of stroke play. Thereafter, the top 16 progress to the ‘Sweet 16’, the historic event’s match play phase to be decided over Friday and Saturday.

Thomas tees it up at 8.40am (5.40pm UAE time) today and surviving the first cut would be another huge confidence boost after he missed the match play phase of The (British) Amateur in Northern Ireland by a solitary stroke before becoming the first Indian to progress to the semifinals of the U.S. Junior Amateur at Flint Hills GC in Kansas last month (he was beaten 5&4 by eventual runner-up, Texan Noah Goodwin).

Thomas moved inside the top 1000 of the Official World Golf Ranking (OWGR) on the back of his U.S. Junior Amateur performance. To put his 972nd rating into context, injury-sidelined former world No.1 Tiger Woods is currently ranked 1046th.

The Emirates Golf Federation star is five shots adrift of the Western Am’s overnight leaders – Americans Stephen Franken, Dawson Armstrong and Collin Morikawa, Australian Ruben Sondjaja and New Zealander Nick Voke – and a sub-par round is likely to do the job Wednesday. Among other notable scores, former Dallas Cowboys quarterback Tony Romo shot 80 in his first big amateur event while defending champion Dylan Meyer ( Indiana), made two bogeys over his final five holes to finish with a 72. Morikawa is the world No.2 and 2013 Western Am champion while Armstrong captured the 2015 edition of the tournament first played in 1899.

The Western Am is one of the most prestigious events on the amateur calendar. Past champions include Francis Ouimet, Jack Nicklaus, Tom Weiskopf, Ben Crenshaw, Curtis Strange, Chris DiMarco, Phil Mickelson, Justin Leonard, Woods, Ryan Moore and Danny Lee.

Catch the first round highlights here: