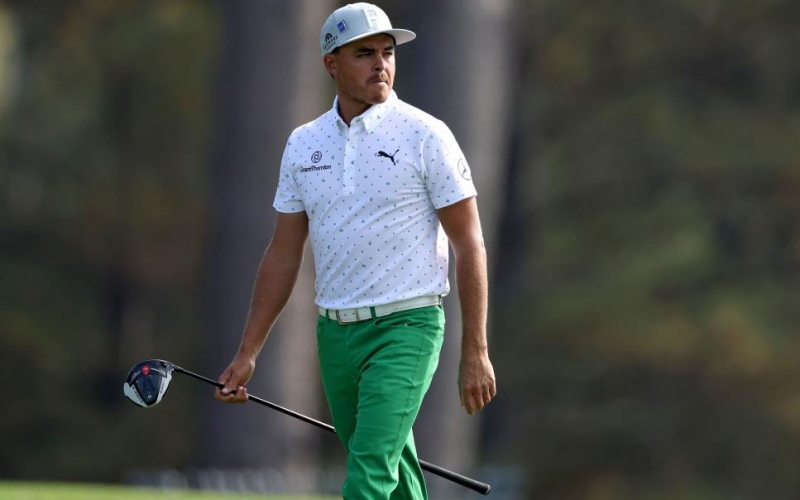 Rob Carr
If Rickie Fowler can stay inside the top 50 in the World Ranking at the end of 2020, he’ll secure an invitation to the 2021 Masters.

By Ryan Herrington
With the Mayakoba Golf Classic coming the first week of December, it marks the latest an official PGA Tour event has been played in a calendar year since 1971. Not surprisingly, then, when the deadline to enter the event passed on Friday, only four of the top 15 players on the Official World Golf Ranking (Justin Thomas, Brooks Koepka, Daniel Berger and Tony Finau) had signed up to play in the last tour event of 2020, others having already started their off-seasons.

Also not surprising, perhaps, is how many tour pros hovering around 50th in the OWGR decided to compete in Mexico. There is probably a simple and understandable explanation for this: Anyone ranked in the top 50 on Dec. 31, 2020 receives an invitation into the 2021 Masters. And with only four weeks left in the calendar year to maintain/grab a place in the top 50, time is of the essence.

Below are the list of players currently ranked 46th to 60th on the World Ranking. Christiaan Bezuidenhout is the only one playing this week at the Alfred Dunhill Championship on the European Tour, and he’s in contention so he has the potential to jump into the top 50 with a top finish. The rest of the players below would slip a spot if that happened, but otherwise, they are all projected to remain in their current place when the next ranking is released on Monday. Those players competing in Mayakoba are in bold.

Of the players heading to Mexico, Todd, Conners and Munoz have spots saved already for Augusta in 2021. Todd and Munoz qualify thanks to playing in the Tour Championship in September, and Connors by virtue of his T-10 finish at the 2020 Masters earlier this month.

The most intriguing name among the group is Fowler. The five-time PGA Tour winner has played in the Masters every year since 2011, and has had three top-10 finishes including a second-place finish in 2018. But a T-29 a few weeks ago meant he is still in need of an invite for 2021.

Making things more interesting is the fact the European Tour has three more events after this week remaining to be played in 2020, including the DP Tour Championship in Dubai on Dec. 10-13. That tournament is likely to have a strong field, which would provide the opportunity for more players from outside the top 50 to sneak inside the number just before the end of the year. So playing, and playing well, in Mexico is certainly a hedge against this.

Of course, there will be other opportunities to earn a Masters invite—most notably winning a PGA Tour event before the scheduled April event or being among the top 50 on the World Ranking later in the spring. But when you’re so close to capturing one right now, you understandably want to do your best to take advantage of the opportunity.