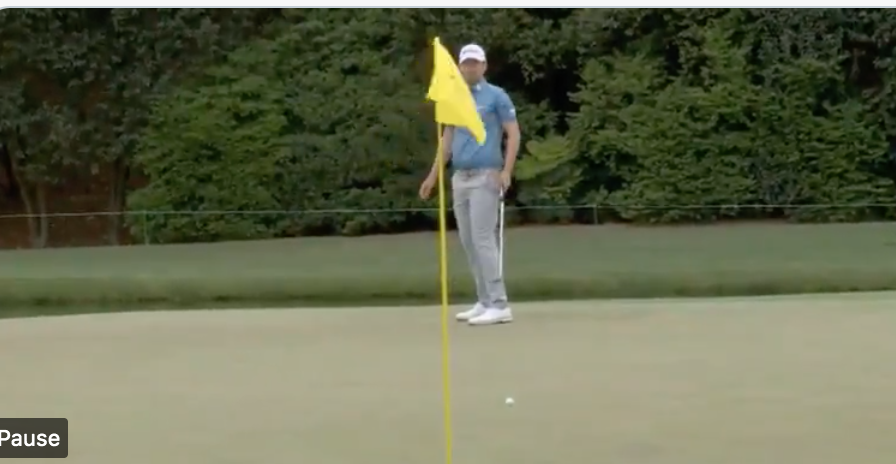 By Christopher Powers
The first thing everyone has noticed at the Masters this week is the colour of the greens, which are so crispy brown that they are making Jim Nantz’s toast jealous. For those of us watching, it’s a beautiful sight, because it has led to some serious carnage.

As for those playing, well, the greens are nightmare-inducing. Just ask Austria’s Bernd Wiesberger, who is playing in his sixth Masters this week and is attempting to make his sixth straight cut.

Wiesberger was well on his way to doing just that early in his round, having turned in one-under 35. Three bogeys at the 10th, 11th and 12th holes dropped him down to two over, though, and he was in need of a late spark. Opportunity knocked at the 15th, where he found the green in two and had 43 feet left for eagle.

That’s when disaster struck for the 35-year-old, as he watched his eagle effort zip past the hole, catch the slope and roll all the way into the pond in front of the green. All he could do was put his hand on his hip and hang his head in disgust:

Wow. Bernd Wiesberger had an eagle putt on 15 and put it in the water. So his next shot was a par putt from the same spot. pic.twitter.com/D1P8kd8mfl

Wiesberger took his penalty stroke and wound up hitting his par putt from the exact same spot as his eagle putt. Impressively, he put the par putt to tap-in range, escaping with a bogey. After making par at 16, he picked up a late birdie at the 17th and then parred 18 for a two-over 74, which is only five off the lead. Not bad considering the disaster at 15.