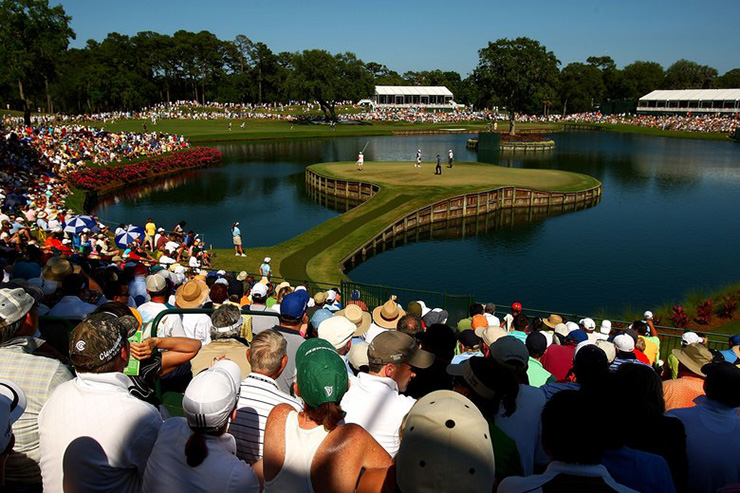 By Joel Beall
Imagine going to Paris and discovering the Eiffel Tower is under renovation or buying your son a Lakers ticket for his birthday only to realize LeBron James is now on a minutes restriction (okay, bad example). Then you can sympathize with the plight of these poor golfers, who were told during their round at the Players Stadium Course at TPC Sawgrass—a track whose tee time costs half your paycheck—that the famous Island Green was closed for the day.

Or so they thought.

The video team at Skratch played the following prank on a group of hackers, and their reactions should be captured and hung in the Louvre:

Folks, we have some bad news…

Well done, although we’re slightly worried about the fate of the actor/faux marshal. The old man who kept repeating “That’s not funny” looks like he’s dug a few sand graves off U.S. 50 in his day if you catch our drift.

Luckily for us, the 17th will indeed be open for this week’s Players Championship. Wood storks be damned.