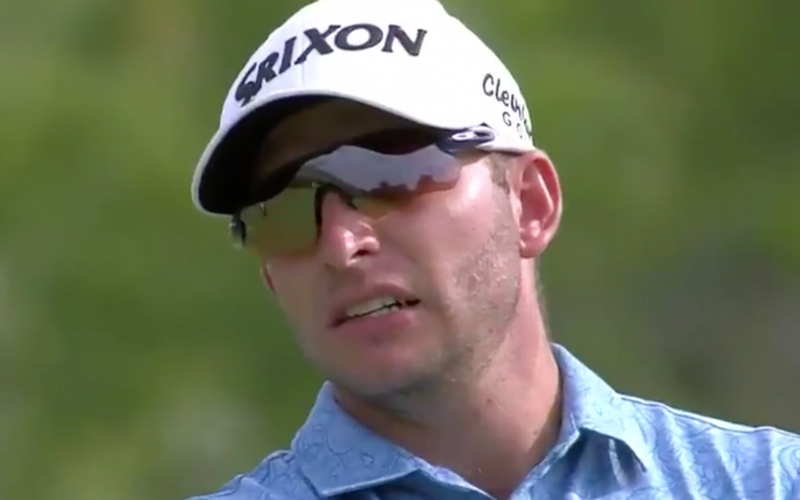 By Alex Myers
Callum Shinkwin turned heads—and embarrassed Eddie Pepperell—with a two-driver setup in his bag on Thursday. But on Friday, another European Tour pro put on an even more impressive display of power with a pair of two-irons during the second round of the South African Open.

The casual golf fan may not know much about Dean Burmester, but it will only take the following clip to know the 31-year-old South African is an absolute savage. After laying up(?) off the tee with a 2-iron on the 569-yard, par-5 11th at Gary Player Country Club, Burmy belted another trusty 2-iron to near gimme range to set up one of the most unusual eagles you’ll ever see. Check it out:

Two irons. Five hundred and sixty-nine yards. Granted, it was two 2-irons, but still. We’re guessing that’s not what Gary Player envisioned when he designed that long par 5.

Of course, this will likely cause the latest cries of “THE BALL GOES TOO FAR!” from golf purists. And maybe it does, but do you know how hard it is to hit a 2-iron?! And aren’t golf purists always complaining the modern tour pro not having to hit clubs like 2-irons?

Ed’s Note: For the record, here’s Pepperell’s tweet after Shinkwin posted a 68 int he first round of the Golf in Dubai Championship at JGE with two drivers: