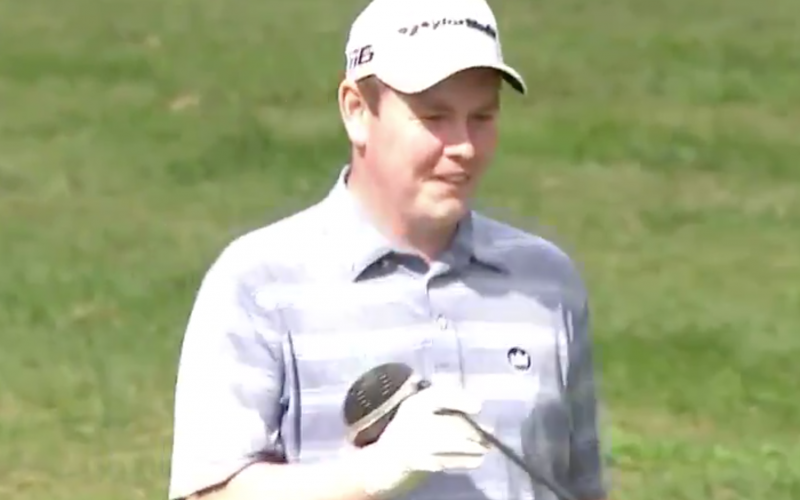 By Christopher Powers
It’s been said before and we’ll say it again–the sound quality on the European Tour broadcasts is second to none. We already knew this from the two long approach shots that doubled as heat-seeking missiles Alexander Levy and Justin Thomas hit earlier this season, and it was reaffirmed on Thursday at the Italian Open, where Scotland’s Robert Macintyre hit a driver off the deck that you’ll be watching and listening to on repeat for the rest of the day.

Macintyre, 23, had just made double bogey on Olgiata Golf Club’s eighth hole, his 17th, to spoil what was an otherwise stellar round. It dropped him to one under, but he had an opportunity to get one back at the 623-yard par-5 9th, where he went driver-driver and found the green. Crank up the volume on this one:

For us mere mortals, successfully executing a driver off the deck is like finding a unicorn. For these guys, it’s just another shot in the arsenal to pull out when the mood strikes. Heroic stuff from Macintyre, who has given Scottish golf fans a lot to be excited about. The young, sweet-swinging lefty already has three runner-ups on the Euro Tour this season, plus a T-6 at the Open Championship.

Unfortunately, Macintyre went on to miss that short eagle putt, but he did save birdie to post two under, putting him five off the lead in Rome.