The Postman set to deliver for Dubai’s global port operator 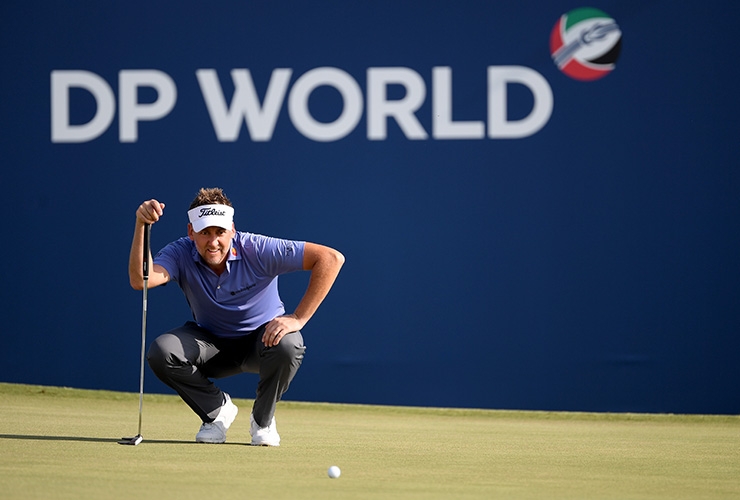 By Kent Gray
Ian Poulter has signed an undisclosed sponsorship agreement with DP World that will see ‘The Postman’ deliver more than mere exposure for the golf-friendly, UAE-based global seaport operator.

The 43-year-old European Ryder Cup talisman will reportedly work with promising young players identified by the Emirates Golf Federation to help “shape the future of golf in the region” as part of deal announced Tuesday.

Poulter, who will carry DP World’s logo on his left sleeve, has also committed to playing events and Pro-Ams supported by DP World, a long-time European Tour supporter.

The “global trade enabler” is eight editions into a 10-year headline sponsorship deal of the European Tour’s season-ending DP World Tour Championship. Poulter is currently fifth in this season’s Race to Dubai standings – a position assisted in no small measure by his 12th placing at last month’s U.S. Masters – and virtually guaranteed of returning to Jumeirah Golf Estates for the now top-50 player season decider on Earth from Nov. 21-24 this year.

DP World is also a premier partner of the Honma Hong Kong Open, official sponsor of the Hero Indian Open and a partner of the European Tour’s flagship BMW PGA Championship.

“I am delighted to be representing DP World and have no doubt that this partnership will be fruitful,” said Poulter, a 10-time European Tour winner.

“DP World’s values and passion associated with the innovation in the game of golf and using this innovation to connect with the next generation aligns perfectly with my own dreams and enthusiasm. I am looking forward to playing an integral role in shaping the future of golf.”

Daniel Van Otterdijk, SVP of Group Communications for DP World, said the ambassadorial partnership would help DP World communicate its global business operations which are driven by a commitment to enable smart trade through data-driven logistics services, innovation and education.

“This is an incredibly exciting time for DP World as we continue to push new boundaries in business and golf around the world,” said Van Otterdijk.

“Ian Poulter is widely credited with inspiring a younger generation of European players to take up the game. Working hand in hand with the golf icon will enable DP World to create truly memorable experiences for our key stakeholders globally and UAE’s next generation of golfers.”

“Our grassroots initiative is part of DP World’s ongoing commitment to growing the game of golf in the region and opening up the sport to more young people,” Van Otterdijk said. “Our partnership with European Tour has enabled us to achieve this ambition and we are looking forward to work with Poulter to support young players who could become future stars of the game in the Emirates.”