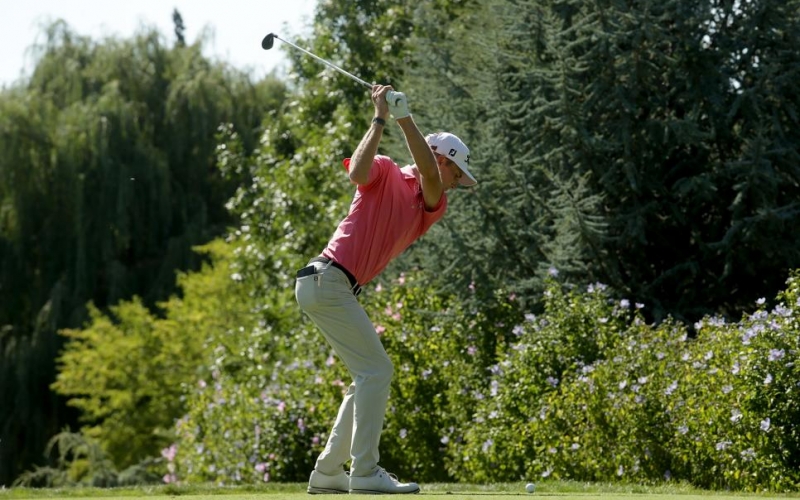 By Alex Myers
To say 2020 has been a weird year is an understatement, but now an odd stat has emerged even as the PGA Tour has turned to the 2020-’21 season: The tour’s current leader in top 10s isn’t currently on the tour.

Of course, if you’ve been paying attention to pro golf the past few months, you won’t be too surprised to learn the reason for this anomaly. Since play resumed in June, few golfers on the planet have been hotter than Will Zalatoris.

The 24-year-old Wake Forest product is working on a Korn Ferry Tour record streak of 11 consecutive top-20 finishes. Although, “working on” may be a bit strong since there’s a good possibility he won’t tee it up on the developmental tour for a long time.

Through sponsor’s exemptions and by virtue of qualifying for the 2020 U.S. Open—where he made a hole-in-one and finished T-6 at Winged Foot—Zalatoris hasn’t played on the Korn Ferry since a T-2 at the Evans Scholars Invitational in early September. And in four PGA Tour starts since then, he’s already racked up three top 10s, which ties him for the lead with James Hahn.

Sure, it’s early, and many of golf’s biggest names haven’t even played three times yet this season, but it’s still an impressive start. Especially considering Zalatoris’ status—or lack thereof.

Because of COVID-19, the top 25 on the Korn Ferry Tour regular-season money list didn’t automatically earn PGA Tour cards for the 2020-’21 season. That meant Zalatoris, who finished No. 1 on the list, would have to wait to take the next step in his blossoming career. However, at this rate, he’s not going to have to wait long.

According to PGATour.com, Zalatoris needs only 3.035 FedEx Cup points to earn a PGA Tour special temporary membership for the rest of the season. That would give him an unlimited amount of sponsor’s exemptions instead of being capped at seven.

It would be surprising if Zalatoris doesn’t lock that up at this week’s Bermuda Championship, where he entered the event as an 11-to-1 favourite. Essentially, a made cut (he needs a two-way tie for 69th or better) will get the job done.

So an opening 69 on Thursday that has him six shots off Peter Malnati’s early pace might not be up to Zalatoris’ suddenly lofty standards. But another round like that on Friday and golf fans can expect to see his name on PGA Tour leader boards even more going forward.