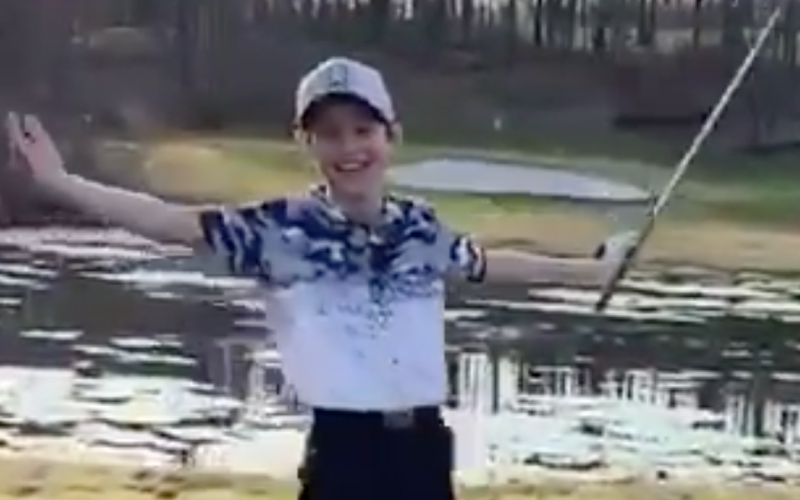 By Alex Myers
The golf highlights are few are far between these days, but the European Tour stumbled upon a recent hole-in-one made by a junior golfer. And as good as the shot by young Asher Katz is, the reaction from his mum is even better.

At least, we assume it’s his mum. It’s hard to imagine anyone being that excited other than a mum. Heck, my mum used to scream every time I made a layup on our basketball hoop on the street. Mums, am I right? They’re the best.

Anyway, here’s the ace. Turn up the volume—but not too much. This is some high-level shrieking:

Things you love to see:

And rightly so. I don’t care if the little dude already looks like a tour pro, an ace is an ace.

Although, it does appear like there are plenty of more great shots ahead for Asher. The 10-year-old Connecticut resident is an accomplished golfer, who won the Future Champions Golf Fall Championship in San Diego last year.

“Like any sport, there are so many good kids and the competition is increasing,” Asher’s mum, Nicole, told The Ridgefield Press last year, “but what really differentiates Asher is his confidence. He never gets down on himself and is able to get through bad holes and separate every shot. He doesn’t overthink anything—he lets each shot out of his mind, and he never looks up the score.”

“Yeah, I don’t add up the score until the end,” Asher added. “You’re playing yourself and you’re playing the course. The score is just a number.”

Of course, it’s easier to add up the score when you’re making 1s.

Watch: Little kid gets introduced to golf, promptly has his first on-course meltdown