The Luckiest Ball on Earth is back Fancy a spot in the DP World Tour Championship Pro-Am alongside some of the European Tour’s biggest names?

Your chance via the annual Luckiest Ball on Earth series began on Friday with Abu Dhabi’s Al Ghazal Golf Club hosting the first of 20 qualifying events across the UAE over the next month.

The winners of each will advance to the Luckiest Ball on Earth Grand Final at Jumeirah Golf Estates on October 29 where more than AED 300,000 in prizes, including premium hospitality tickets and merchandise for the DP World Tour Championship, will be on the line.

Here’s the list of qualifying events which are open to all golfers with an Official Club Handicap recognised by the EGF (maximum 28 for men and juniors and 36 for ladies). 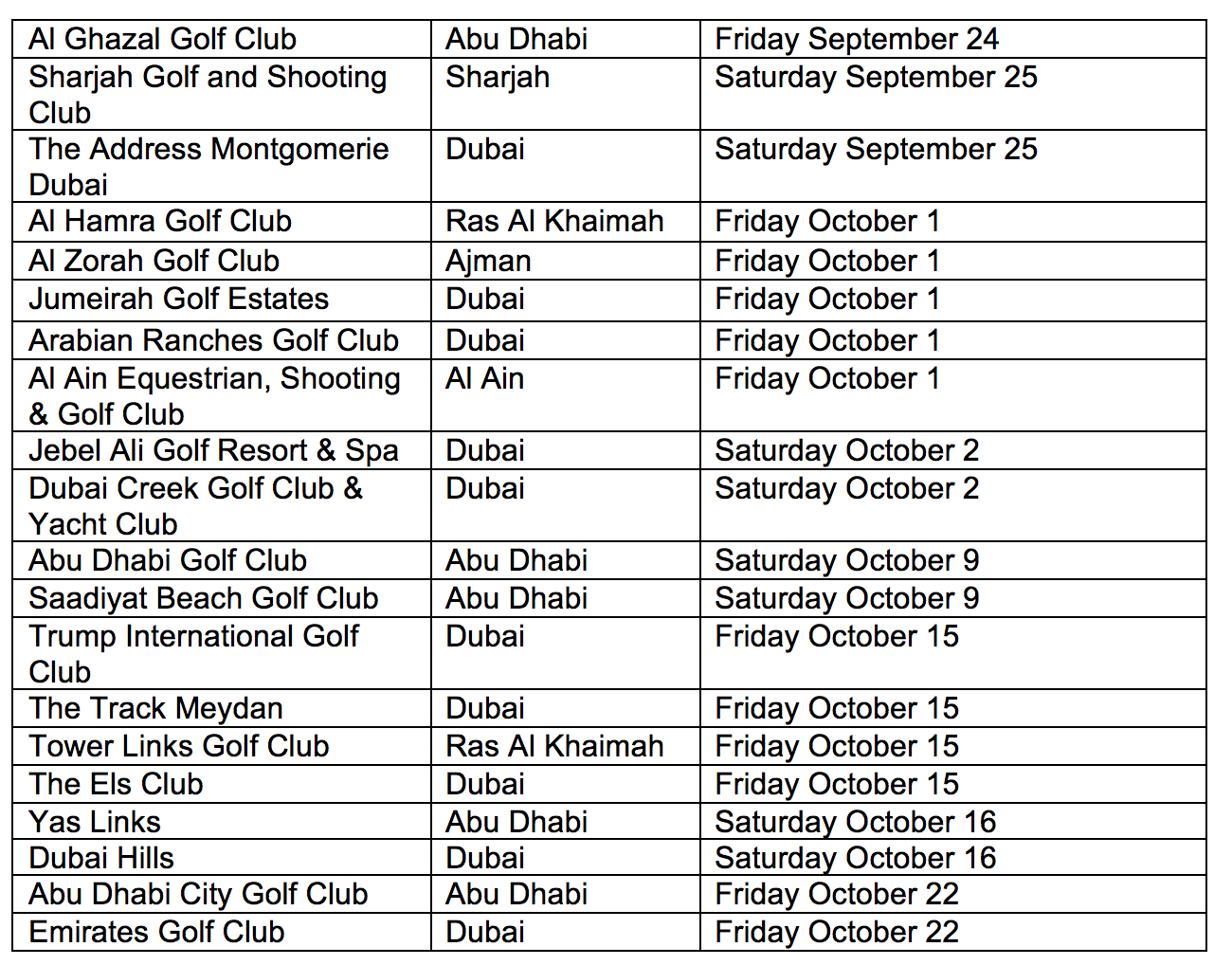 The DP World Tour Championship sees the top 50 players on the European Tour’s Race to Dubai competing for a prize fund of US$9 million. This year’s tournament will take place from November 18-21 on the Earth Course at JGE.