The greatest golfer Americans have never heard of 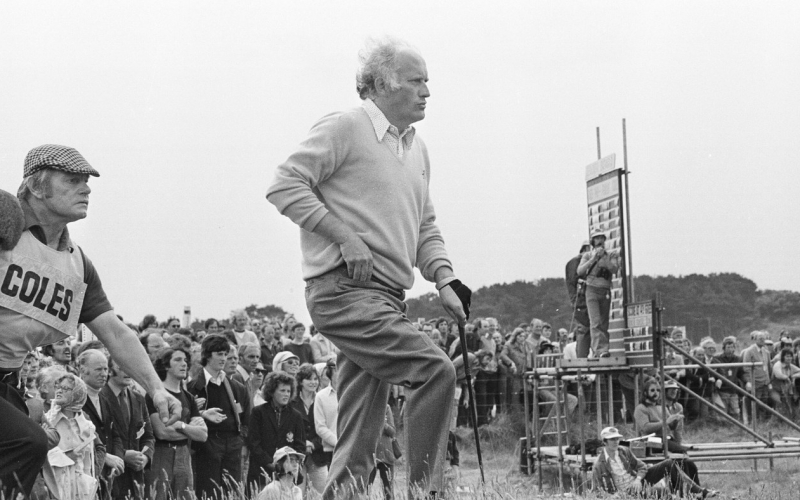 England’s Neil Coles, celebrating his 85th birthday, played his way into the World Golf Hall of Fame despite competing in just one major in the United States

By John Huggan
Maybe halfway through the chat with a journalist at his home in Walton-on Thames, just outside London, the phone rang. His granddaughter was on the line. After her grandad explained what he was doing, Sophie asked a cheeky question.

“What do you mean?” responded Neil Coles, displaying a nice line in mock incredulity. “Of course I’m famous.”

Yet not nearly as celebrated as he could have been. A fear of flying meant that Coles, set to celebrate his 85th birthday on Thursday, never played enough in the United States to make himself better known to the widest audience in the game. His presence in the World Golf Hall of Fame confirms the admiration with which he is held, but there is little doubt that the quietly spoken, balding Englishman once likened to an “amiable archdeacon” is the greatest golfer America has essentially never heard of.

“When I arrived on the European Tour, Neil was the best player out there,” says Ken Brown, whose first of five Ryder Cup appearances coincided with the last of Coles’ eight starts in the biennial contest. “He had the most game. His control over his irons and fairway woods was second-to-none. He was a master player, one of the best we’ve ever had.”

As a measure of just how good Coles was, his singles record in those eight Ryder Cups provides a hint. In an almost perennially losing cause, he accumulated a 5-6-4 record, two of those losses coming against Jack Nicklaus and Lee Trevino. While the late Brian Barnes is rightly famous for beating Nicklaus twice in the same day during the 1975 matches, Coles did the same to Doug Sanders eight years earlier on the Texan’s “home” ground at Champions Club in Houston. Billy Casper is another notable name on the Coles’ hit list, along with former Masters champion Tommy Aaron.

The strength of Coles’ game was his overall consistency, highlighted by a marked superiority with the fairway woods. An example: Playing alongside then Open champion Tony Jacklin in a four-ball match against Nicklaus and Dan Sikes at Royal Birkdale in the 1969 Ryder Cup, Coles illustrated his prowess to telling effect at a crucial moment. With the match all square and the other three players all “15-20 yards ahead” off the tee on the par-5 17th fairway, Coles pulled out his 2-wood.

“I could make that club talk,” Coles says. “And I hit it beautifully on just the trajectory I pictured in my mind. The ball landed short and ran up onto the green. Everyone else missed the green badly, and I ended up having two-putts from 35 feet or so to win the hole. I was lining-up the first one when Tony came up behind me and said, ‘Don’t leave it short,’ which was not quite what I wanted to hear. Anyway, I lagged it up close, won the hole with a birdie, and we halved the last to beat them 1 up.”

All of which was part of a golf life that started in the most humble way imaginable. A 16-handicapper when he turned professional at age 16, Coles was initially sponsored by his businessman father after a spell as an assistant club professional. Thereafter, he spent all of his time practicing and playing, what he now calls “the big turnaround in my life.” By age 21 he was winning the Hertfordshire Open, beating, among others, nine-time Ryder Cup player Dai Rees.

That victory was just the first hint of success in a playing career that would see Coles earn 29 wins in Europe (before and after the official formation of the European Tour in 1971) and nine more on the Old World Senior circuit, including the 1987 Senior British Open. Remarkably and uniquely, he won tournaments in six different decades before he was done.

“If Neil was playing today with the new equipment and flying to America, he would be inside the world’s top 15,” contends Ewen Murray, a former tour pro and now Sky Sports commentator. “Even with the players that are around now. He’d be like, say, Matt Kuchar, although Neil was a much better player than Kuchar is now. But the modern player he most reminds me of is Justin Rose. Which would make Neil better than top 15.” 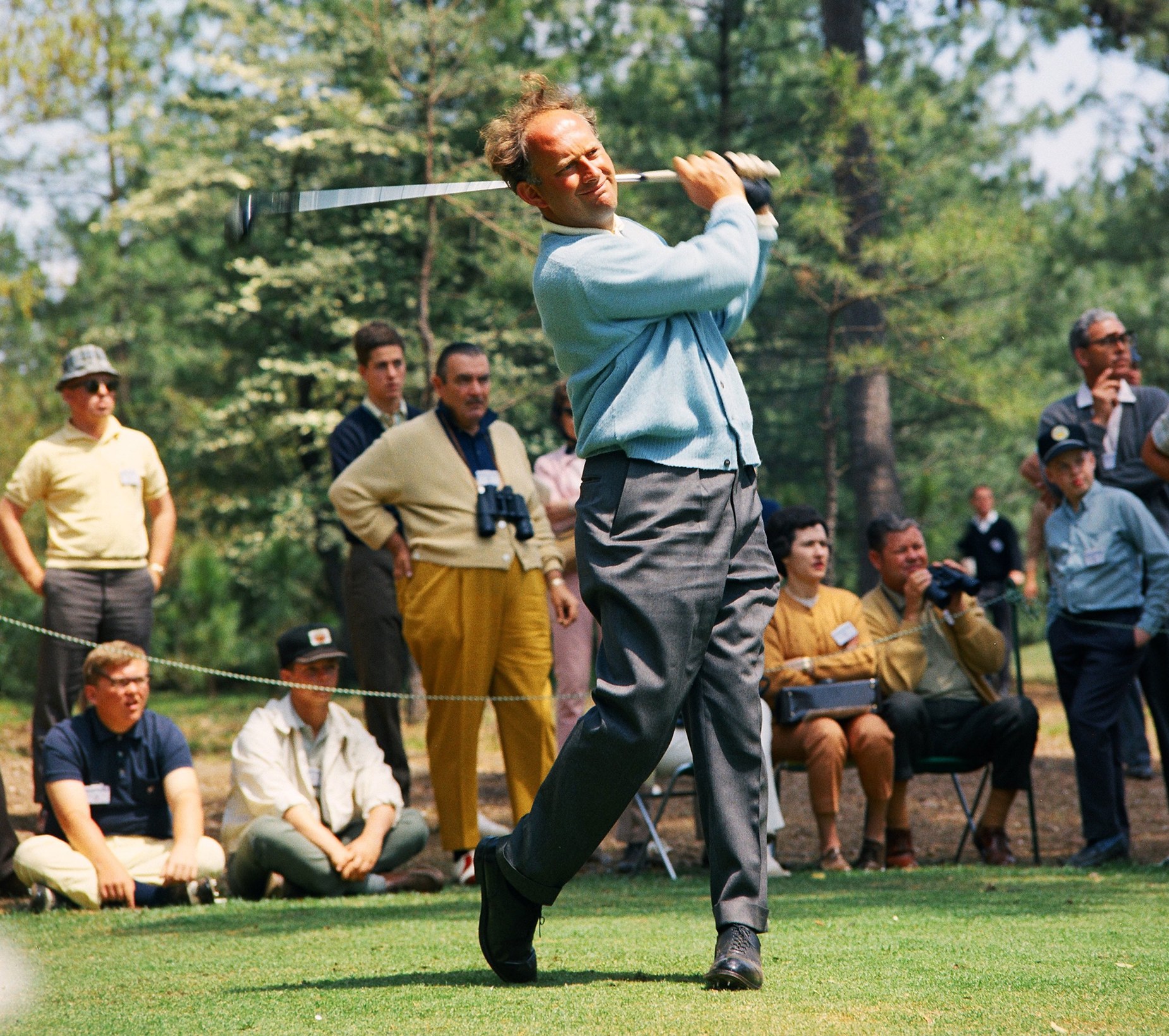 Augusta National
The only major Coles played in the U.S. was the 1966 Masters, which he had to withdraw from when he got sick prior to the final round.

The root of Coles’ flying phobia was a trip in 1960 from Scotland to London. On the way back from a tournament at Gleneagles, fog meant the packed plane had to circle Heathrow Airport for more than an hour. As it did so, Coles’ claustrophobia worsened. When he eventually did disembark, he told his wife he would never fly again. And he never did.

Before that traumatic episode, however, Coles had dabbled more than once with golf stateside. He played in three Ryder Cups in the States—albeit he sailed to all three—as well as making more than one trip to what became the PGA Tour.

“In 1965, a guy sponsored me to play in America,” Coles says. “I was there for three months and played all the way through to the Masters. At Augusta, I played three rounds. Ben Hogan, who was three-putting what looked like every hole, was in the group behind me one of those days. But got a bad dose of flu and had to pull out. I just couldn’t get out of bed, which was disappointing.

“To be honest, I didn’t think much of the event,” Coles continued. “There was no rough. The pins were in weird spots. And it wasn’t a major then. Not really. I think Palmer, Nicklaus and Player talking it up made it one. Of course, they were winning it a lot back then. That’s how it happened.”

It was on an earlier trip stateside that Coles achieved his best U.S. finish, third place in the Palm Springs Classic, the forerunner to what became the Bob Hope Desert Classic.

“I won $1,500 and felt I could have been competitive there,” he said. “But you have to move there to do well there. You have to live the life and adapt to the way of life. Tony Jacklin was the sort of person who could do that. But I never was. It was all travel, motels and golf courses. I never saw the sights. All I did was travel and play golf. It was a job and a grind.”

Off the course, Coles made a significant contribution to the game in his 38 years as chairman of the European Tour’s Board of Directors. It wasn’t always the smoothest of rides though. The new circuit was not long in existence when Coles assumed his position in 1975, and competing against the superior financial clout from the PGA Tour across the pond was as difficult then as it is now.

There was also a now-legendary dispute in 1981 involving Seve Ballesteros that soon became part of European Tour lore. As one-third of a three-strong panel that also included that year’s Ryder Cup captain John Jacobs and then European No. 1 Bernhard Langer, Coles was charged with deciding whether or not the legendary Spaniard should play against the Americans at Walton Heath. Until now, Coles has never revealed publicly the result of the vote that sealed Seve’s fate.

“That year, Seve hadn’t joined the European Tour because of an argument over appearance money, which was banned at the time,” Coles said. “He wanted to be paid £50,000 for each event. It went on and on until Seve relented and re-joined just before the Benson & Hedges event in August. Jacobs came to me and asked how I felt about Seve playing. He knew how I felt. I was fed up with all the hassle Seve had caused, and I didn’t think he should be picked.

“John, however, wanted Seve on his side, which I understood as he was just about the best player in the world at the time. So we had a meeting, the two of us with Bernhard. He was asked the question. And Bernhard said, ‘no.’ That was it. Mark James was selected instead.”

More than a decade later, Seve was causing more unrest over the choice of venue for the 1997 Ryder Cup that was eventually played at Valderrama in his home country. That, however, was not what the great señor was after.

“Seve had an interest in a place called Novo Sancti Petri,” Coles said. “So he was pushing us to go there. At a joint PGA/European Tour committee meeting he came in and slammed his fist on the table. ‘It must go to Novo Sancti Petri,’ he roared. Then he walked out. As soon as he was gone, one committee member said, ‘Well, there’s no f—ing way it’s going there.’ And it didn’t.” 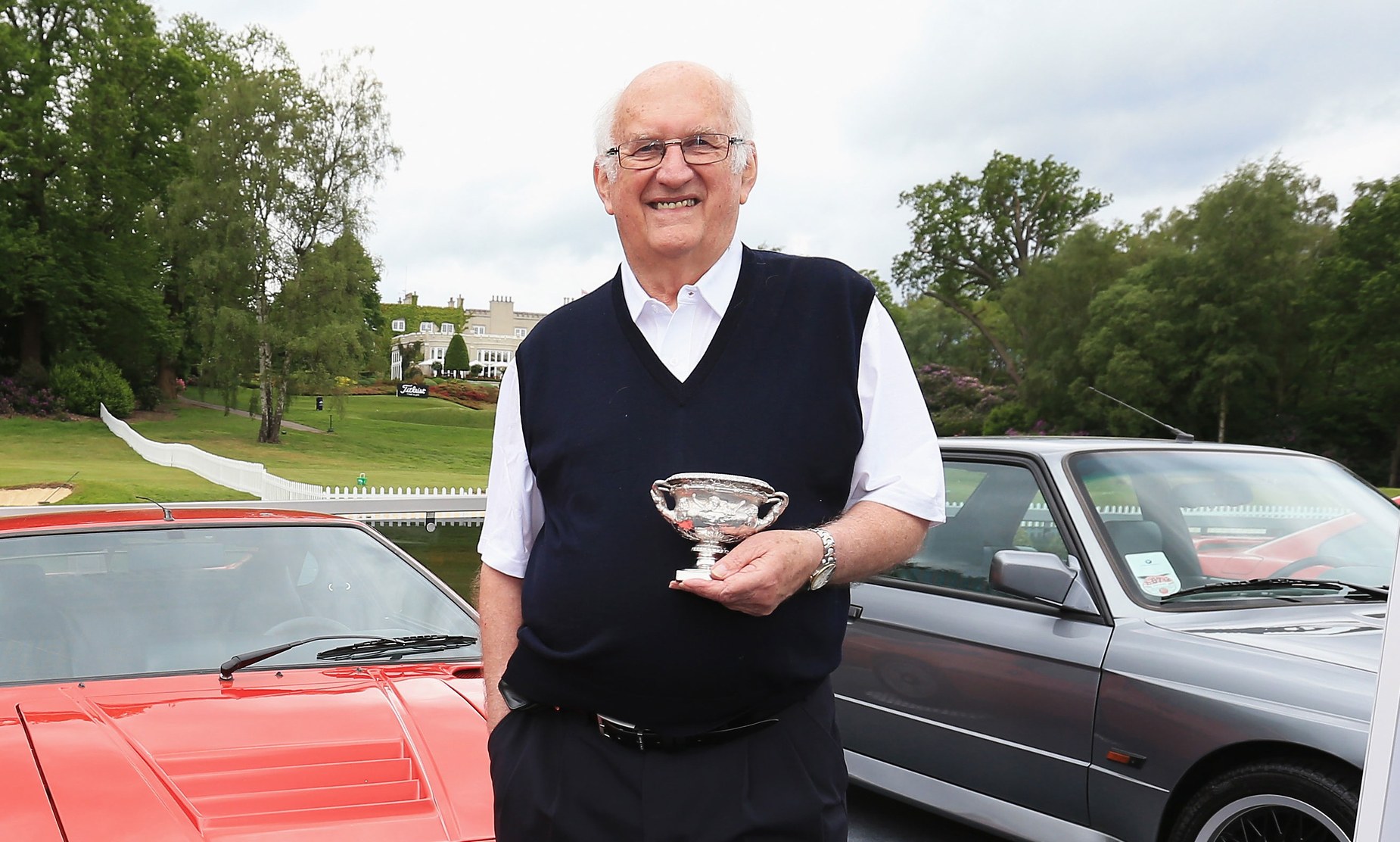 Andrew Redington/Getty Images
Among Coles’ 29 wins on what would become the European Tour was the 1976 Penfold PGA Championship, now known as the BMW PGA. When the event had its 60th anniversary in 2014, Coles was on hand holding a replica of the original winner’s trophy.

Since his retirement from playing in 2007 and administration in 2013, Coles has been living quietly. His wife, Ann, passed away in 2015 but he remains active, occasionally playing a few holes with his grandson. Not much has changed there. The swing that America never saw enough has endured.

“Maybe four years ago, we had a game to celebrate John Jacob’s birthday,” Murray said. “Neil would have been 80 at the time. Bernard Gallacher played. And [former European Open champion] Andrew Murray. There was no difference in Neil’s swing. It was exactly the same as it was in 1975, when I first played with him. He still aimed out of the neck. His right knee still came through after impact. And he still released the club beautifully. The only difference was the 6-iron went maybe 140-yards instead of 155.”

No surprise there. Class really is permanent. And yes Sophie, grandad really is famous.

For many women in golf, social media invites a stronger and more personal form of criticism. Now they’re speaking up about it.