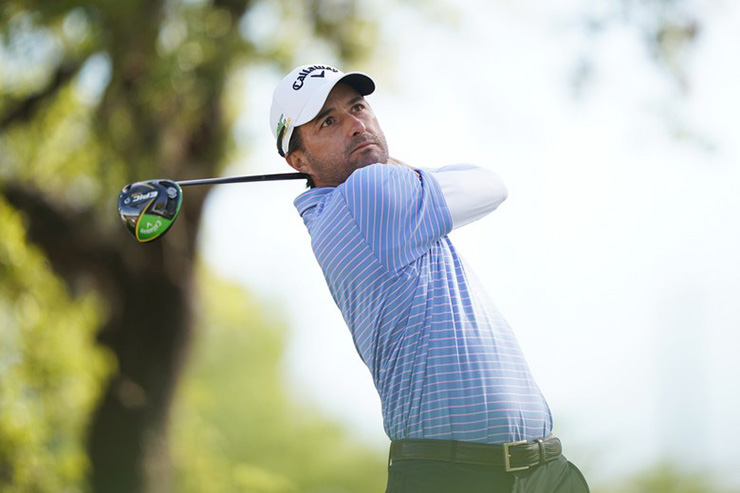 Kevin Kisner of the United States plays his shot from the 12th tee in his match against Matt Kuchar of the United States during the final round of the World Golf Championships-Dell Technologies Match Play at Austin Country Club on March 31, 2019, in Austin, Texas. (Photo by Darren Carroll/Getty Images)

By E. Michael Johnson
Kevin Kisner doesn’t hit it very far, but he finds fairways with remarkable regularity, and that’s a trait that always plays well in match play, as it puts relentless pressure on your opponent. Kisner carded just three birdies in winning the WGC-Dell Technologies Match Play final against Matt Kuchar, but hit enough fairways (9 out of 13), to avoid putting himself in a poor position, forcing Kuchar to try and make up ground, which he couldn’t as Kisner won 3 & 2.

In becoming the lowest seed (48th) to win the Match Play since Geoff Ogilvy 15 years ago, Kisner hit 11 fairways in downing Francesco Molinari in the morning semifinals before taking on Kuchar in the afternoon. In that match, Kuchar simply couldn’t get anything going, making two bogeys and drowning his tee shot on the par-3 11th, handing Kisner the hole to take him to 2 up.

Kisner’s driver is Callaway’s Epic Flash Sub Zero—the lower spinning model of the Epic Flash family. The driver utilizes the company’s Flash Face technology, where artificial intelligence was used to create a face whose back is rippled in areas to create more ball speed across a larger portion of the face. Kisner first put the driver in play at the Sony Open in January. Although the club features a movable weight in the rear sole, Kisner keeps it in the neutral position.

Of course, when you hit it as straight as Kisner, why would you want to alter ball flight anyway.