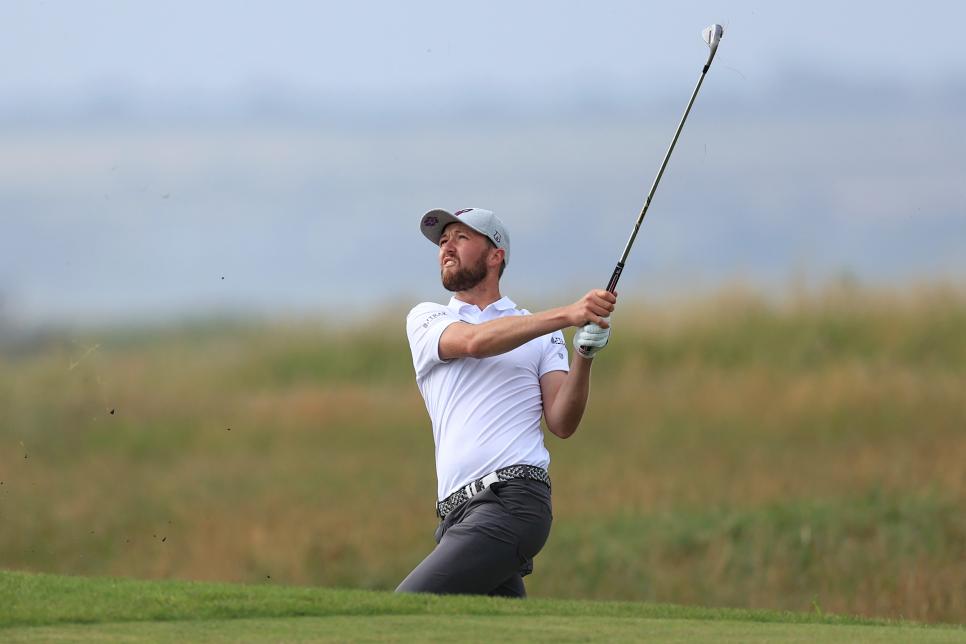 But Poppleton—whose partner served as a first-responder during the pandemic, working as a nurse at a makeshift hospital—seemed appreciative of the opportunity and kept his round in perspective.

“Yeah, privilege and honour to play the event,” he said Thursday afternoon. “Just to be playing golf at the moment with the way the world is is just a privilege.”

And that is fine and good and refreshing. But Poppleton followed that remark with the quote of the day.

When asked to describe what was going through his mind on the first tee, Poppleton was brutally honest in his assessment.

“I cacked in my pants, but I’ve hit it a couple times over the week, so, yeah, my caddie did a good job trying to chill me out,” Poppleton said. “But I don’t think—I think that’s what you play for, isn’t it? Everyone dreams of that moment. Everyone has cacked their pants and topped it off the first. If you do, you just think, I had a chance to play in The Open, so it’s just awesome.”

For those in need of translation, “cacked” is an Old English word that means … well, exactly what you think it means. If that wasn’t enough, Poppleton had fun with the lack of fans following him at day’s end.

“Yeah, when you’re off last they — I think they got fed up and gone off by then,” Poppleton said of the few in attendance late Thursday afternoon. “I flagged it into 16 and there was just a couple of greens guys clapping. Oh, yeah, class.

“So, yeah, it was great on the first and amazing, but I think everyone had a long day at the Open and decided it wasn’t worth sticking around the Poppleton shooting five over.”

Standing in T-137, Poppleton will need a strong push on Friday to make it to Saturday. But if 18 holes are all that remains of his Open bid, the man can find solace in making the most of the spotlight. Long life “the Poppleton.”