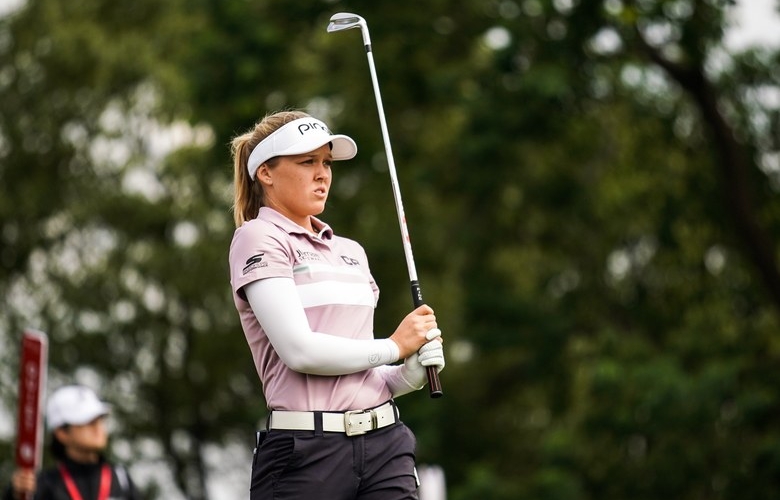 By Keely Levins
NAPLES, Fla. — The final event on the 2019 LPGA season, the CME Group Tour Championship, is going to be a little different this year. First prize is the biggest cash payout in women’s golf history, $1.5 million. And now, the entire 60-woman field has an equal chance to win the big payday from an overall purse of $5 million.

In the past, the CME Group Tour Championship was a 72-woman event, with all players getting into the tournament via the season-long CME points list. There were two competitions going on at the event: the tournament itself, as well as the final fight to get to the top of the points list. Whoever ended the weekend atop that list received a $1 million bonus. Last year, for instance, Lexi Thompson won the tournament and the $500,000 winner’s share, while Ariya Jutanugarn won the season-long Race to the CME Globe and the $1 million bonus.

This year, the winner’s cheque and the bonus have been combined. Now that all 60 players are on site at the Gold Course at Tiburon Golf Club, and the season-long points list no longer matters. Every is reset, so each woman in the field has an equal chance of winning, a notable change from years past where only about a dozen players statistically had a chance to win the $1 million bonus.

“At first I was a little disappointed because I had worked so hard the last few years to be in those top positions to have a chance at winning the big money,” Brooke Henderson said of the change in format. Henderson is No. 2 on the CME points list. Instead of competing for $1 million against a handful of players close to her in points, she and 59 others are competing for $1.5 million.

“But at the end of the day, I think it’s great for golf to see the purses increase, and to have an opportunity like this is unlike any other event we’ve ever played, or I’ve ever played,” said Henderson. “I think it’s definitely going to add excitement to the fans and the players.”

Having a winner’s check this size is a big step for the LPGA. It’s natural to slip into a comparison with the PGA Tour, where the season-ending event features a competition for a $15 million season-long FedEx Cup. And while the imbalance is big, it’s important to compare the CME Group Tour Championship against itself. The current $5 million purse is double what it was in 2018. The winner’s share is three times what it was in 2018.

In processing that enormous jump, Henderson put it simply:

“I think it’s going to make for a really exciting finish.”