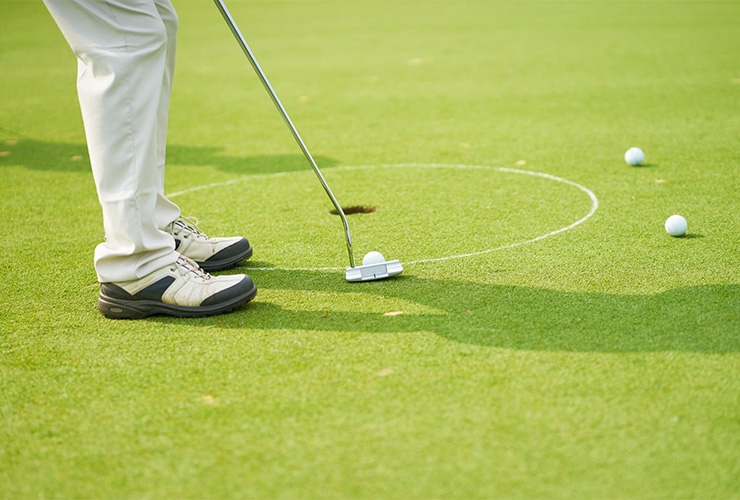 By Christopher Powers
With everything competing for your attention in 2019, it’s difficult to find time to work on your golf game. Chances are when you do, you’re just hitting a few balls at the range, which likely won’t accomplish much in terms of improvement.

If you really want to get better, you need to make the most of your practice time, which can be done in a variety of fun ways. Challenging yourself, or a buddy, with a few practice games can not only hone your skills, but it gets the competitive juices flowing, which will translate to the golf course. Next time you head to the range, putting green or short game area, try out one of these practice games and thank us later.

Horse
Yes, it is exactly like the basketball game you played in your driveway. When you’re with a friend at the range, pick a target and see if you can match each other. First-person to spell H-O-R-S-E loses, as is tradition.

Simulate The Round
So you had a great range session, but you take it out to the course and your game falls apart. A few tree-lined fairways and OB stakes will do that to you. Next time you go to the range, don’t just blast it all over the place. Simulate the round you’re about to play, or a course you may be playing another time. Is the first hole a dogleg par 4? Pick a spot on the range that would be a perfect tee shot at that course and practice that shot. Go through the whole course. 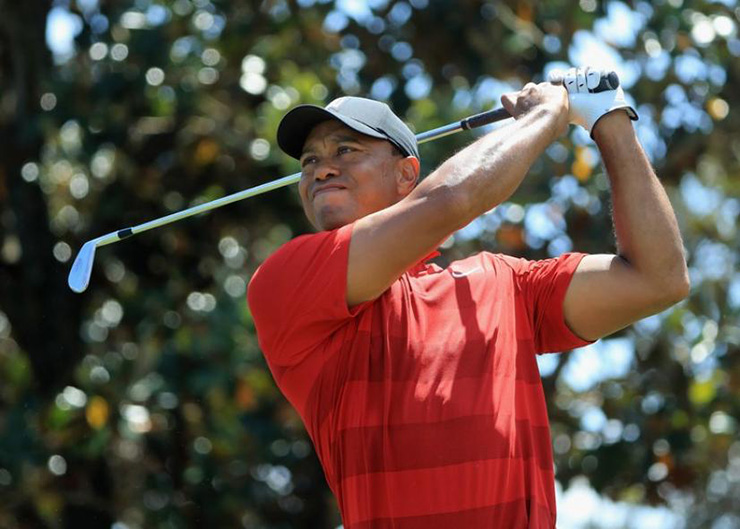 Pinseeker
To play this game, your driving range needs flagsticks, which many usually have. Play with a buddy and each hit 10 balls to a pin you both agree on. Whoever hits the most closest to the pin wins.

Fairways In Regulation
If you have trouble keeping your driver in play during a round, this game should help. Pick two boundaries on the range, one on the right and one on the left, leaving yourself a fairway to hit in the middle of the boundaries. Play 10 tee shots and see what your percentage of fairways hit is at the end.

The 15 chips game
This game from Luke Benoit, Director of Instruction at Interlachen Country Club in Edina, Minnesota, will help you find some consistency in your short game. Take five balls and find a shot around the practice green that you think is easy, then hit five balls to your target. For each ball that comes to rest within two club-lengths of the hole, give yourself a point. Then, move on to a medium difficulty shot and hit five more, and again with a hard chip shot and hit five more. See how many points out of 15 you can get, and keep trying to improve your score each time.

Closest to the pin
This game, also from Luke Benoit, is an adaption of your standard closest to the pin game with a buddy. Player A picks a hole and hits two shots from wherever he chooses around the green. Player B hits two shots from the same spot. The closest shot earns 2 points, the next closest 1 point, and a made chip is worth four points. If you miss the green, you lose a point, unless you can chip in from that spot.

Par 18
If your short-game area has a couple of different hole locations (and you have the place to yourself) this is a fun game that challenges you to shoot a score and work on getting up and down from anywhere. Pick nine spots to hit from and play it like a par-2 course, chipping and putting out from each location. Up and down is par and chip-ins are birdies. If you can shoot an even 18, you’re doing pretty well.

Short, Middle, Long
Pick three spots on the green, doesn’t have to be the holes, and use something to identify them. One spot should be short, the other middle and the other long. Start with three-chip shots at the short target, then move to the middle then to the long and then go backwards. This will help you control distance on your chip shots all with one club. 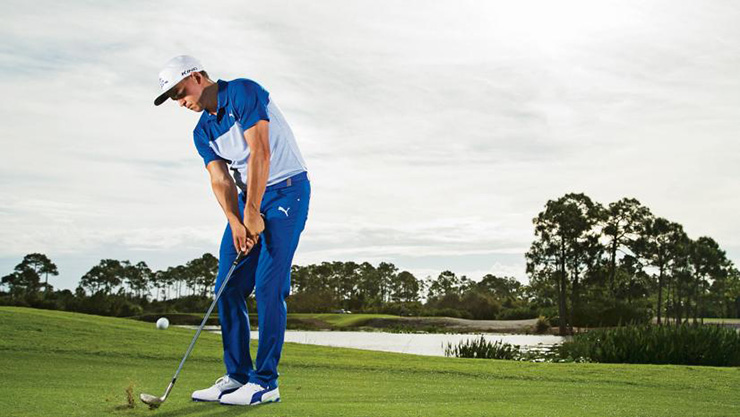 Slam Dunk
When you’ve finished practising your short game, try this game before you leave. Take a bunch of balls and pick a make-able range to chip from and see how many you can “slam dunk” into the cup without the ball touching the green. It sounds hard, but the more you keep trying the closer you’ll get, and it’ll help you learn how to fly chips a certain distance.

21
You can play this game with a buddy or two buddies (more than that might get crowded). Pick two holes on the putting green that you’ll be going back and forth to the whole game. Everybody putts to the same hole – a make is 3 points, a lip-out two-putt is two points, a two-putt is 1 point. Three-putts are 0 points. In order to win, you have to hit 21 points even. Can’t go over. A fun addition: if the guy ahead of you makes their putt and you pour it in right after, your make is 6 points.

Drains
For this game you need at least 3 players. Pick 3 holes on the putting green and each person stations themselves at one of the holes. Everyone begins putting simultaneously to a different hole and if someone makes they get a point and everyone rotates to the next position. If you all miss you stay put and use the other guys ball and keep putting until someone makes. Round and round it goes. First-person to 10 makes wins. If there’s a simultaneous make, everyone stays put and there are no points awarded.

Speed control
This game you can play by yourself. Pick one hole on the putting green and take out the flagstick, placing it two feet past the hole horizontally. Then place a ball your putter’s length away from the hole, and two more balls two more putter’s lengths away. Try to make all three or at least get them past the hole, but without hitting the flagstick. If you can do that on the first three keep going a putter’s length away from the last until you can get all six putts in or just past the hole. If you leave any putt short, start over. This will help you stop leaving putts short but control your speed so you aren’t blasting them 10 feet past either. 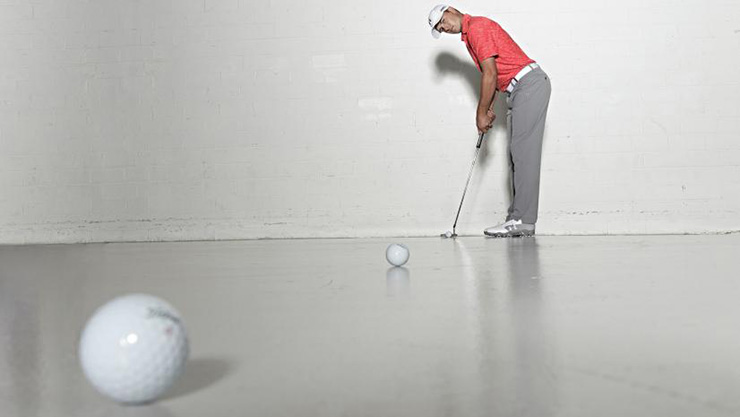 Gate Crasher
Jordan Spieth, one of the best putters in the world, uses this game to improve his accuracy. Find a dead-straight putt of eight to 10 feet. Place two ball markers about halfway between your ball and the hole. Set them just wide enough apart that a ball could roll between them. The goal is to hit putts that not only go through that “gate” but also go in the hole. You can also play against another player, using a point system – half a point for getting through the gate and a full point for making the putt too.

Clock
This game will lead to significant improvement with your short putting. Take 12 balls and place them all around the hole you are putting at in 2-3 foot intervals. 4 balls for each putt. Make the first, work your way back and once you make the first four, rotate clockwise to the next four. If you miss, restart the drill. See if you can make all 12 of these short ones.