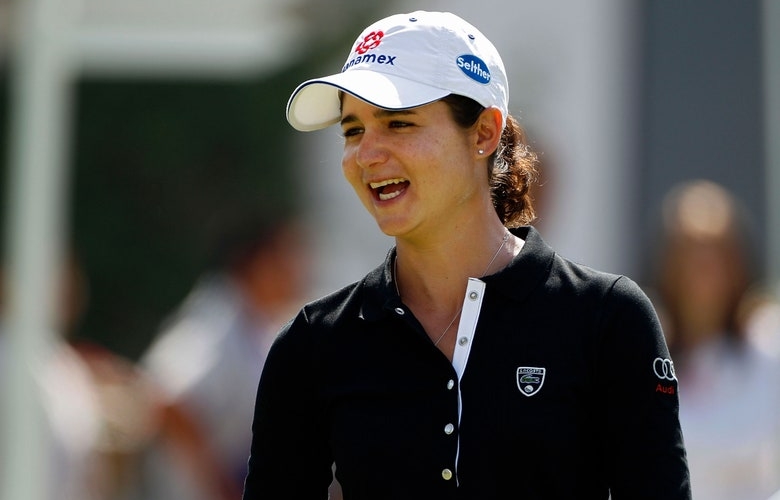 Michael Cohen
Lorena Ochoa has a laugh on the putting green during the first round of the 2010 Lorena Ochoa Invitational.

By Ryan Herrington
There’s something romantic about the notion of professional athletes going out on top in their chosen sport. To retire before their skills have diminished allows them—and their fans—to hold true to nostalgic memories of success and accomplishment. But when Lorena Ochoa confirmed 10 years ago today that she was stepping away from the LPGA Tour, nostalgia wasn’t the emotion anyone was feeling.

Ochoa was 28 (the same age as Bobby Jones when he retired from competitive play) and had been the No. 1-ranked female golfer in the world for the previous 157 weeks (no woman since has held the top spot for more than 109). In less than eight full seasons on the LPGA, she won 27 titles—17 coming in the immediate 24 months before retirement—and offered no hints that she wasn’t posed to win plenty more. She was a two-time major champion and the dominant presence on tour since the retirement of Annika Sorenstam two years earlier, the Swedish sensation surprising many when she put away her clubs at a comparably ancient age of 37.

Three days later, Ochoa spoke to the media in Mexico City ahead of competing in her farewell tournament, the LPGA’s Tres Marias Championship in Morelia, Mexico, and offered the most basic yet sincere reasoning for her decision.

“First, I wanted to retire as No. 1,” she said. “Second, I always dreamed of saying goodbye in Mexico. Now, I want to leave and enjoy everyday life. I want to give back to my family the times I haven’t been able to give them the last eight years. I am very satisfied with my achievements.” 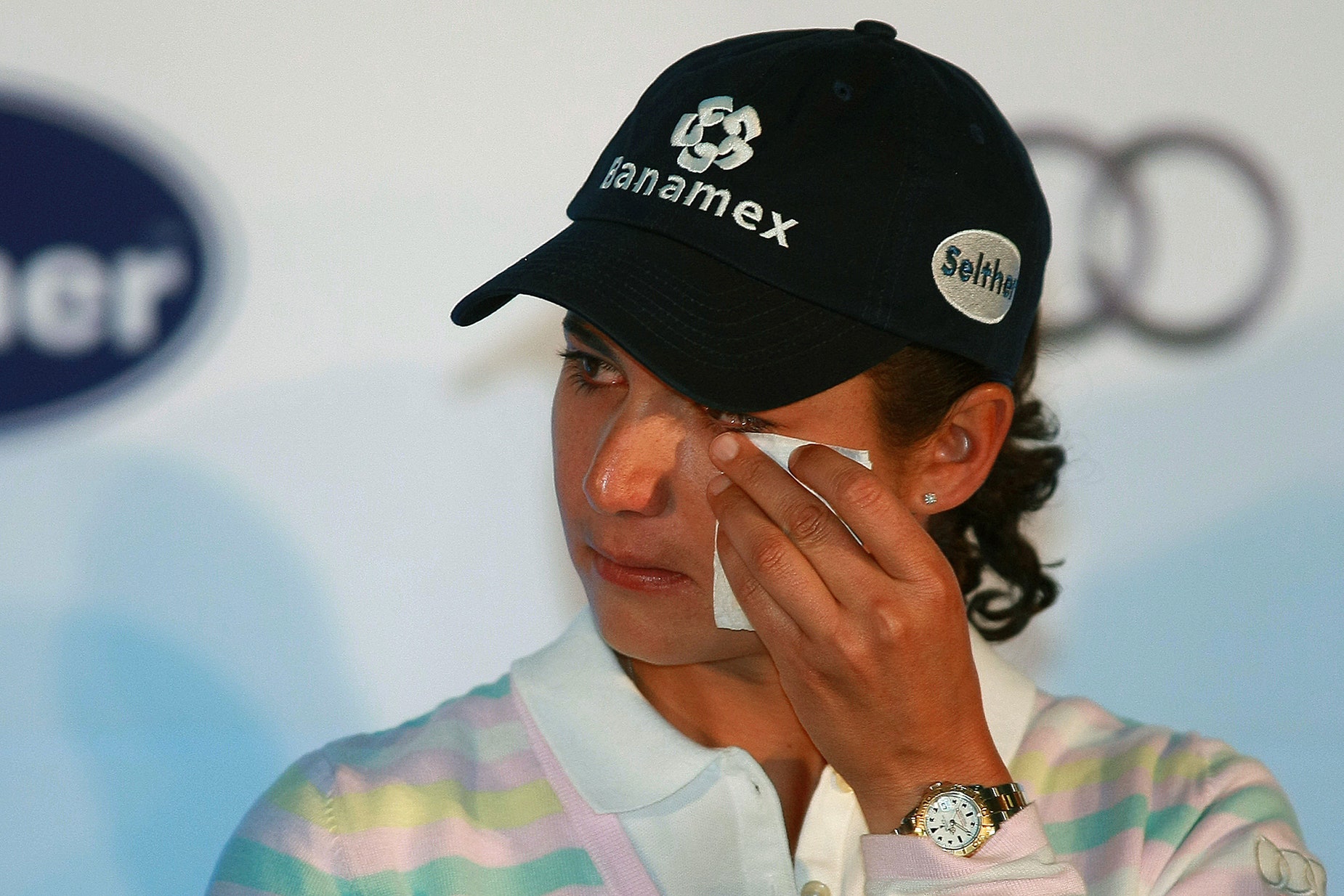 Ochoa cries during the 2010 press conference to announce her retirement.

Those achievements were truly impressive. Here are her LPGA stats:

Ochoa’s record in majors was stout as well. In 29 as a professional, she won two and had 17 top-10 finishes.

After a sixth-place showing that week, Ochoa held true to her desire to enjoy everyday life. She played once more that season in an LPGA event named after her, and had one other start in 2012. In the meantime, Ochoa started a family with her husband Aeromexico CEO Andres Conesa, the couple having three children. 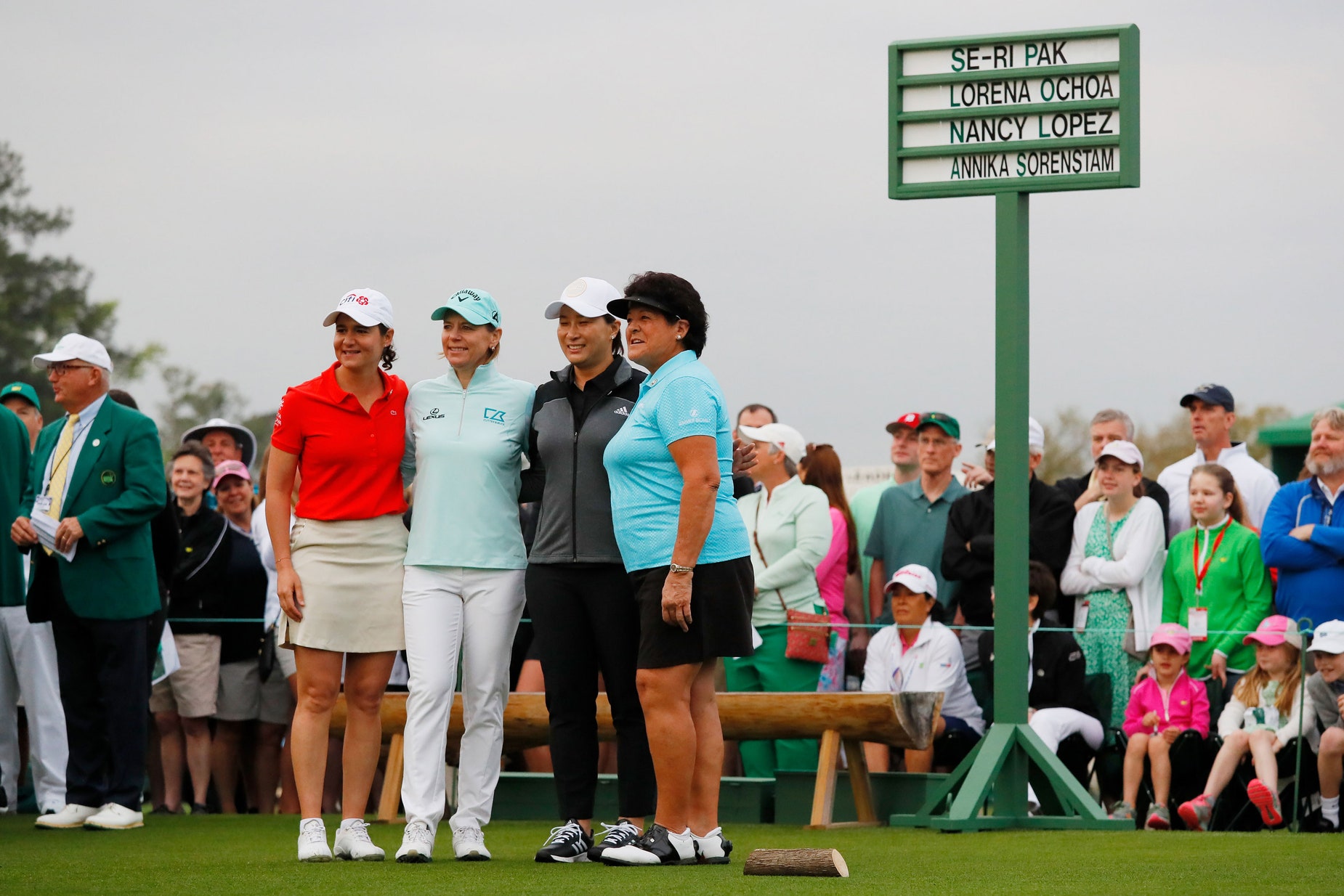 Kevin C. Cox/Getty Images
Ochoa is joined by Annika Sorenstam, Se Ri Pak and Nancy Lopez as honourary starters ahead of the final round of the inaugural Augusta National Women’s Amateur in 2019.

These days, she helps with the work of the Ochoa Group and Ochoa Sports Management, run by her brother, Alejandro. She’s also involved in the Ochoa Golf Academies, which she helped create along with Alejandro and her longtime coach, Rafael Alacorn, to help grow the game of golf in Mexico.

Most important is her work with the Lorena Ochoa Foundation, which began with the creation of a primary school in her hometown of Guadalajara in 2004 for 250 underprivileged students. The foundation has since built a high school and has graduated more than 4,000 students.

It’s a life that Ochoa cherishes, one that she always envisioned. Golf was a part of her life, but never the source of it. While driven and competitive on the course, Ochoa never looked back when she decided to leave. Could she have won more? No doubt. But she didn’t need to. Not to feel fulfilled.