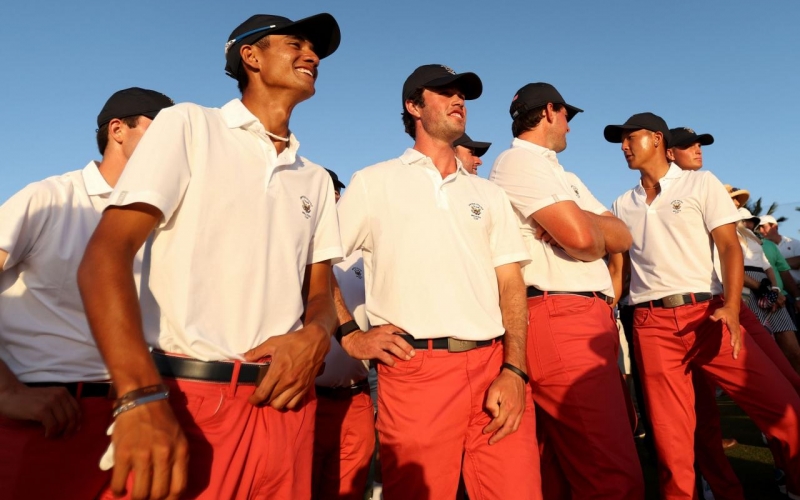 Cliff Hawkins
Elite amateurs, such as those who played on the victorious U.S. Walker Cup team this May, are the most likely to benefit in the short run from relaxed amateur rules that would allow them to make money off their name, image and likeness.

Starting in 2022, the relaxed rules will allow amateurs to receive payments for expenses and earn money for use of their name, image and likeness

By Ryan Herrington
The Rules of Amateur Status will read differently come Jan. 1, 2022. And yet for the large majority of everyday amateur golfers, little will be different, save for the fact that prize limits have been bumped $250 and may, under certain circumstances, be payable in cash.

Officials with the USGA and R&A unveiled Tuesday the finished product of their four-year modernization initiative that redefines what amateurs can/can’t do to better reflect the modern game and make the rules easier to understand and apply. Most notably, amateurs now will be allowed to receive money to cover expenses with no restrictions or prohibitions. Additionally, amateurs will be able to make money off their name, image and likeness.

Short term, the biggest beneficiaries of the relaxed rules are elite nationally and internationally ranked players—those whose golf prowess would allow them to be compensated for endorsing, promoting and advertising products and services. Since all previous prohibitions will be lifted, there will be no ambiguity as to what is or is not permissible. The era of Lucy Li being “warned” about appearing in an Apple Watch ad jeopardizing her amateur status are over.

Long term, the hope is that the changes will allow up-and-coming golfers previously hindered from developing their true potential because of the monetary issues associated with travelling and playing in tournaments to continue to pursue the game without the burden of certain financial worries.

“Playing tournaments and travelling is expensive. Breaking down the barriers for both getting access to promotion and advertising will provide the ability to raise funds and handle the expense side of things,” said Craig Winter, USGA Senior Director, Rules of Golf and Amateur Status. “So, if you look 10 years down the road, we believe these changes will set the stage for, ultimately, our U.S. Amateurs, regional events, possibly some international competitions outside the United States, to look more inclusive because those younger players at the local level will be able to get support, will be able to move on to the regional level and so on. That’s the biggest change for what people are going to see. [But] that’s going to take some time.”

Easing such restrictions, Winter contends, recognises the current reality that amateur golf, at least at the highest level, is a progression for those who aspire to be tournament professionals. It’s also an acknowledgement that some rules remain necessary to protect the integrity of the amateur game for the remaining millions of golfers who will never become tour pros. The USGA and R&A initially looked into whether the entire amateur code should be scrapped, but the inquiry showed that that would be detrimental to the game at the club level. It also would lead to loss of significant amateur events that would have a negative impact on the development of young golfers.

During the feedback period after the changes to the rules were first proposed in February, Winter says the message that was made clear was that the culture of the amateur game, at the grassroots level, is strong and vibrant and would remain so even with the significant changes that would apply to elite players.

“What we’re planning to roll out here at the end of the year and to go into effect in 2022 we believe will continue to allow that [club and course] part of the game to thrive,” Winter says, “while still letting others transition to the next stage in a more seamless than where they are today.”

There will remain some prohibitions in the rules: Amateurs cannot accept compensation for giving instruction (with some notable exceptions), be employed as a club or driving-range professional or hold membership in an association of professional golfers. They can’t play in golf competitions as professionals and are allowed to accept a prize up to a certain nominal limit.

Yet that limit has increased to $1,000 (£700 in the U.K.), and the type of prize has been amended to allow, in limited situations, amateurs to accept cash prizes. According to Winter, allowing amateurs competing in “scratch” competitions to accept cash prizes, something raised during the feedback period, reflected again the progression that amateur golf serves for young men and women who aspire to be tour pros. Restrictions on cash payments remain for what the USGA/R&A describes as “handicap” competitions, such as club events with flighted brackets or net results determining winners; allowing for cash payments in these events, Winters says, would create additional pressure on the Rules of Golf and Rules of Handicapping, explaining the distinction. 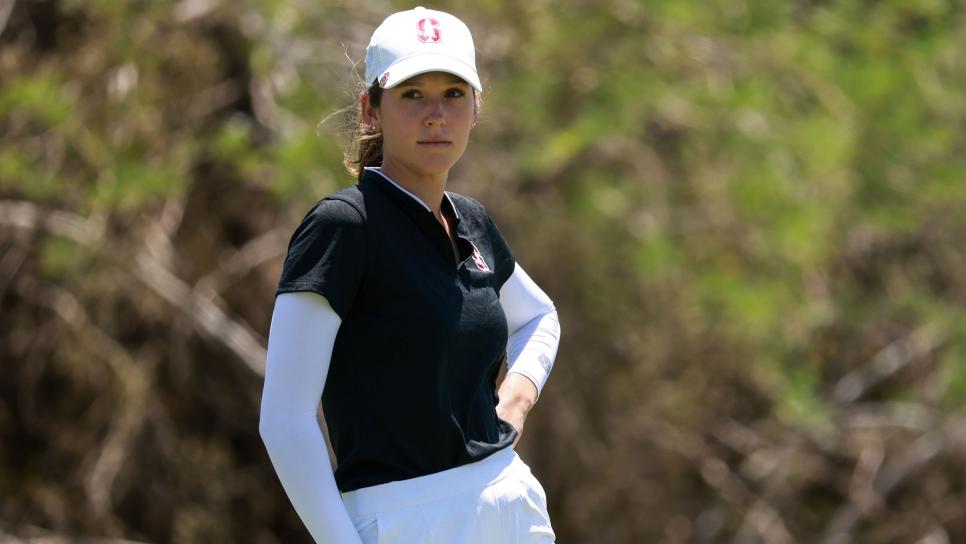 Regarding the unfettered ability for players to make money off their name, image and likeness, the new USGA/R&A rules align with the lifting of NIL bans earlier this year at the NCAA level, providing the ability for college golfers to explore new opportunities without the uncertainty of jeopardizing their college eligibility and/or amateur status. The USGA/R&A already had begun allowing this for college golfers earlier this summer, anticipating the permanent changes to the amateur rules with a handful of participants at the U.S. Amateur wearing logos from sponsors. Stanford sophomore Rachel Heck, the reigning NCAA individual champion and player of the year, recently announced signing with Excel Sports to help her explore NIL opportunities.

“It actually makes it very easy for the elite player or the aspiring player, those are very easy to be able to do what they want,” Winter said. “Us getting out of the way, we think, is a really good thing not only for those players playing at that elite [college] level, but as we talked about this is more about the local golfer getting local support, that’s a really good story for the local community to chase and follow the progression of the young player up through the ages.”

If anything, the NCAA currently has more restrictions in place since the USGA/R&A scrubbed clean any limits for NIL use.

Education about the new rules begins immediately, with the USGA being assisted in those efforts by allied golf associations.

“This code is mostly about relaxing what is currently restricted. So even if the golfer does get all the way into next year, and they’re not fully up to speed on the set of rules that is pretty simple to understand and apply, they’re not going to be inadvertently breaching these rules,” Winter says. “They just won’t be taking full advantage of the opportunities that might be there. So we do feel comfortable that if we don’t reach everyone even though we’re going to try to do so, it’s still going to be just fine with them because they’ll catch up as they go without suddenly realizing they lost their amateur status by doing something they thought they were currently allowed to.”

‘This girl has no fear’: Junior standout with familiar last name is starting her college career early