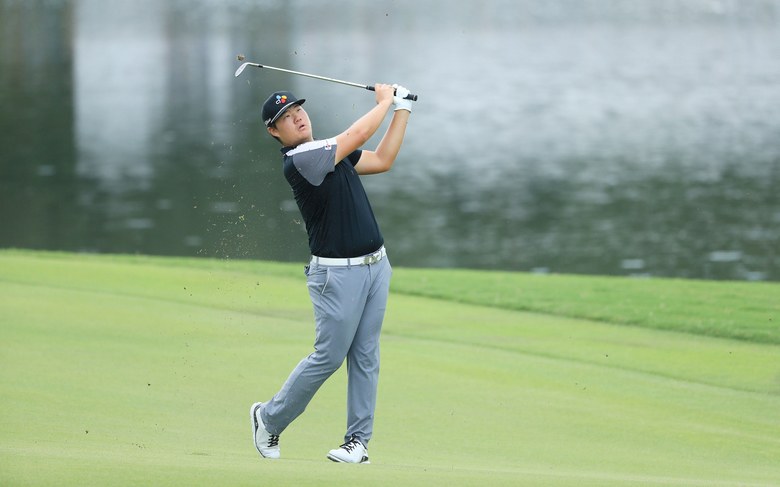 By Joel Beall
Sungjae Im has been named the PGA Tour Rookie of the Year. Im, who won the then-Web.com Tour Player of the Year award last season, defeated Collin Morikawa, Matthew Wolff, Cam Champ and Adam Long for the prize.

Im, who turned professional at 17 and is now 21, became just the 13th rookie to qualify for the Tour Championship in the FedEx Cup era, ultimately finishing 19th in the standings. Though Wolff, Morikawa, Champ and Long had wins to their credit, Im led the tour in starts (35) and cuts (26), and his 118 rounds were 18 more than the nearest competitor.

“This wasn’t my initial goal,” Im said of workload. “In your first year, you just want to get your card for the next year. To survive, honestly.

“Part of that is hunger, part is just trying to maintain the level of play I am at. Consistency helps keep my energy up, to stay sharp.”

He had seven top-10s in 2019, highlighted by a T-3 at the Arnold Palmer Invitational, and finished 17th in strokes gained.

“Congratulations to Sungjae on being voted 2019 PGA Tour Rookie of the Year,” said PGA Tour commissioner Jay Monahan. “His ‘Ironman’ season was remarkably consistent from start-to-finish, and his fellow players raved about his all-around game throughout the year. Like so many Korn Ferry Tour graduates, he arrived on the PGA Tour prepared to compete with the world’s best, and his season was a reflection of a maturity beyond his 21 years.”

Though not as heralded as his fellow young guns, Im quickly made an impression on tour. “In my short three years caddying on the PGA Tour, we’ve had the fortune to play with some of the very best in the world,” said Geno Bonnalie, Joel Dahmen’s caddie, following a pairing with Im at the Northern Trust. “Sungjae Im is the most impressive player I’ve ever seen.”

Morikawa was also dazzled by Im’s performance. “Oh Sungjae, that guy is a beast,” Morikawa told Golf Digest. “There are not many holes in his game.”

“Being the first South Korean player, and even the first Asian player to receive the award is pretty special,” Im said on Wednesday after playing in the pro-am ahead of this week’s season-opening tournament at The Greenbrier. “That’s incredibly significant for me. This will give me a lot of confidence down the road. I’ll be reflecting on this day for a very long time.”

Im joins Stewart Cink (1996-97) as the only players to be named the Korn Ferry Tour Player of the Year and PGA Tour Rookie of the Year in consecutive seasons.

—Dave Shedloski contributed to this story