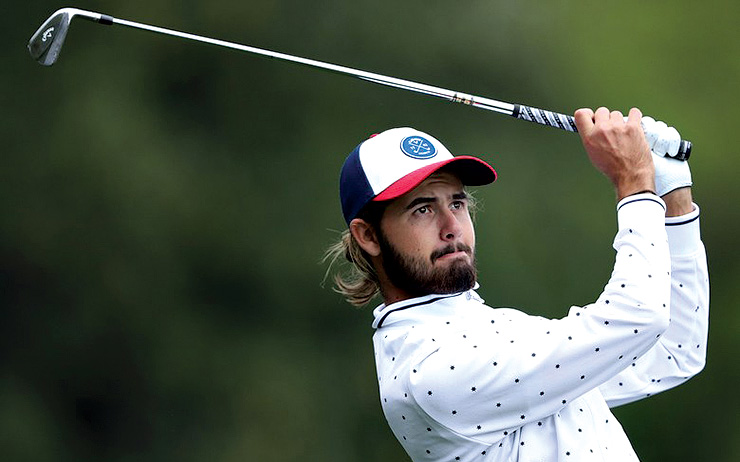 If you’ve never heard of Curtis Luck, you better get to know the name. Luck, a 20-year-old Australian, was one of two amateurs to make the cut at the 2017 Masters, posting rounds of 78-72-75-72 to finish T-46. He relinquished his amateur status on Monday, already securing spots at the Dean & DeLuca Invitational, Memorial Tournament and Quicken Loans National, with hopes of making his debut at the Valero Texas Open. Curtis Luck wore Asia Callaway during his debut appearance at the Masters. – Harry How

Sure, fellow Aussies Jason Day and Adam Scott predict Luck will quickly become a world-class golfer, but what caught our eye at Augusta was Luck’s effortless sense of style. Wearing Asia Callaway apparel, he seamlessly paired trucker hats with printed polos and slim-fit trousers, masterfully matching bold colors with neutral foundations. He could’ve walked off Augusta National and straight into Brooklyn, sending home the message that golfers don’t need to look preppy and uptight when they tee it up.

It’ll be interesting to see if Luck signs with an apparel company right away or waits a bit, mixing and matching his way through his first year as a professional golfer. We’d bet on the latter, and can’t wait for him to offer style inspiration as he tees it up in the States in 2017.