Srixon Z-Star, XV and Q-Star Tour offer three options off the tee, all with greenside control 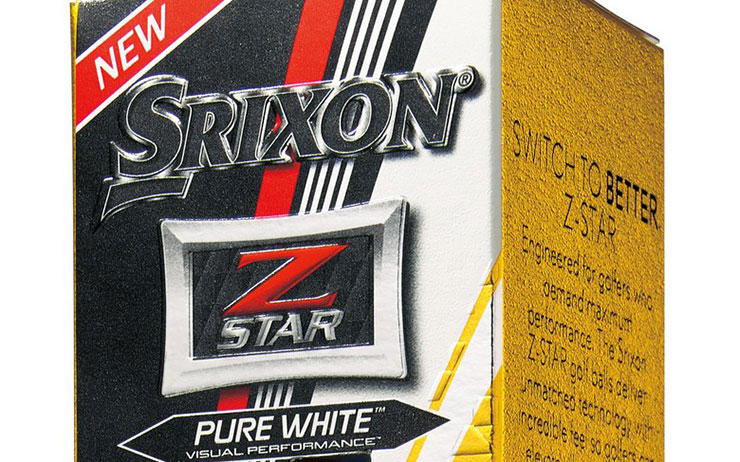 In the three new solid core, multilayer, urethane-covered Srixon balls announced today, it’s the little changes that do the most to optimise distance and improve green side spin.

At the top of the ladder is Srixon’s tour-level combo of Z-Star and Z-Star XV, which offer the kind of specialised improvements that will let better players optimise performance. The chief improvements over the 2015 versions of these balls are these:

Core: The three-piece Z-Star’s core is now softer (two compression points lower from 90 to 88) to improve feel, lower spin and increase launch. The dual core on the Z-Star XV features a larger and softer inner core while maintaining the firmness of the outer core (105 compression or firmer than other leading outer cores according to Srixon’s testing) for faster ballspeeds.

Dimple pattern: Both balls use a new 338-dimple pattern that reduces drag for better downrange carry. The new pattern uses five dimple sizes to improve the relationship between the uniformity of the dimples and the occupancy (or surface coverage).

Cover coating: In addition to the urethane covers, both balls benefit from the third generation of a cover coating it calls “spinskin.” The new design is 13 percent softer than the previous version, helping it to get into the grooves better. The softer coating allows the cover to stretch more at impact to create greater friction & more spin on short greenside shots.

The Z-Star and Z-Star XV differ largely in spin, with the Z-Star spinning a little less on tee shots and launching generally higher through the bag than the XV.

“I think it’s more complicated than saying the differences are based on swing speed,” says Srixon’s Jeff Brunski, director of research and development. “For our tour staff, they’re making the decision between Z-Star and XV based on approach shots and greenside. The guys that are really sensitive in those kinds of shots tend to be Z-Star guys because of a slightly softer cover and feel.”

Brunski also makes the point that while the high swing speed player may see more ballspeed with the XV, certain of those players may get better launch conditions and end up hitting it farther with the Z-Star.

While the Z-Star models are geared to elite players with swing speeds north of 90 miles per hour, the other new urethane cover entry for Srixon has a focus on average golfers and average wallets, too. The Q-Star Tour is a lower compression design (overall ball compression of 75, according to the company) with a three-piece construction aimed at producing higher launch and lower spin on driver and iron shots. The lower compression core helps average speeds produce more ball velocity, while the resilient intermediate mantle layer works with the core to help iron shots launch higher and faster.

Brunski says the Q-Star Tour’s urethane cover produces very close to the spin on short game shots that its Z-Star models do (about 200 rpm less on a half-wedge shot where overall spin might be in the mid-5000s). In addition, its one of the few balls from a major manufacturer at this price point ($30 a dozen) to feature a urethane cover, which can be key to executing greenside shots that check when they land rather than release. Most other balls less than $40 a dozen use ionomer covers, which tend to yield less spin on the shortest of shots.

Brunski believes that because of its lower-spin Q-Star Tour would be a benefit to any golfer who’s fighting to keep the ball curving less off the tee.