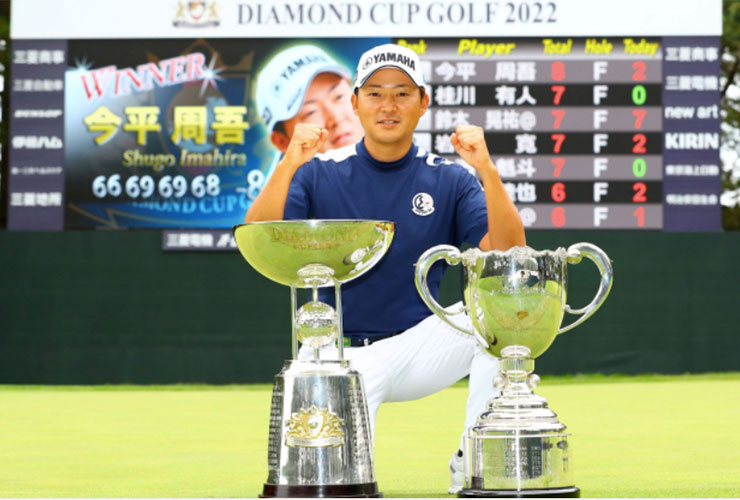 While it was his sixth Japan Tour title, he had yet to taste success on the Asian Tour until Sunday, and it was a close-run thing.

Imahira prevailed by one shot on eight-under for the tournament thanks to a rock-solid finish of pars down the closing stretch, while his rivals were dropping shots.

He closed with a two-under 68 with his compatriots Kosuke Suzuki, an amateur, Hiroshi Iwata, Kaito Onishi, and Yuto Katsuragawa all in T-2.

Suzuki came charging out of the pack with a 63 — thanks to a brilliant back nine of five-under-par 30 -— Iwata shot 68, while Onishi, who chipped in for birdie on 18, and Katsuragawa both carded 70s.

Imahira’s win also earned him a place in the field for The Open at St Andrews in July -— an event he has played in twice before.

The 29-year-old started the day one behind overnight leaders Onishi, Katsuragawa, Japan’s Ryuko Tokimatsu and New Zealander Ben Campbell but finished first helped by a brave back nine made up of eight pars and a birdie, on the par-five 15th.

It was a different story for Iwata, Onishi and Katsuragawa on the homeward nine as they dropped shots at critical moments. Onishi and Katsuragawa, in particular, both made double-bogeys, on 13 and 15 respectively, while the latter made a costly bogey on 17 which opened the door for Imahira.

Suzuki, just 21 years old, was the only other player who got to grips with the back nine — he made three birdies in a row from the 11th and an eagle on 15 — but having started the day seven off the lead the gap proved too big to close.

“I am really happy with this victory. I haven’t really performed well this year, so I’m glad I am able to win early,” said Imahira, who won the JGTO money list title in 2018 and 2019 and whose last victory was the 2021 Fujisankei Classic.

“The Open was my goal at the start of this season. My 172 world ranking isn’t good enough to get me into overseas events, so getting into The Open by winning this week is amazing. The goal was to be a major player rather than a prize winner.”