Should match play be used at a major championship? 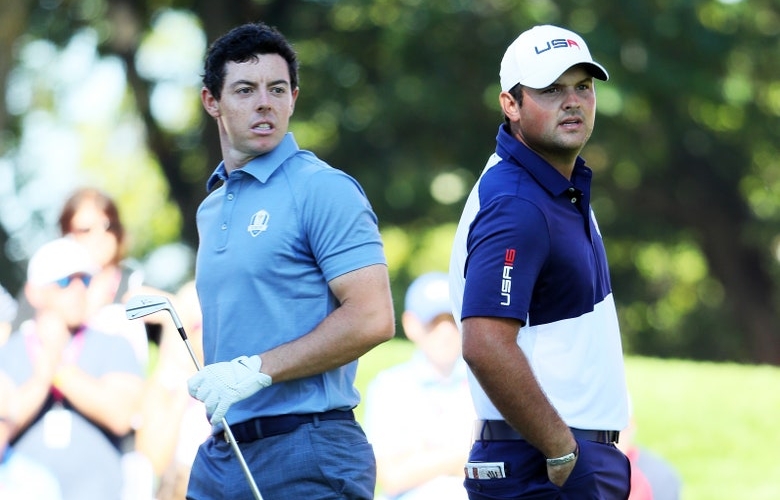 Beall: Before we start, is it safe to assume the major in question is the PGA Championship, which we would have all been looking forward to being play in any format next week at TPC Harding Park before the coronavirus set in, or are you going nuclear and ditching stroke play to reward the green jacket/claret jug/U.S. Open trophy? (That thing desperately needs a name.)

Powers: Well, considering the PGA Championship was match play for the first 39 years of its existence, that does seem like the logical first choice. But you could make a case for the U.S. Open or the Open Championship for sure. The Masters? Absolutely not. The reason the Masters is so compelling is the leader board jockeying Augusta National’s back nine provides. Match play would take that away.

The U.S. Open is one of the only USGA events that doesn’t have a match-play element, so I think you could play it just like the U.S. Amateur and fans would be receptive to the format, though match play certainly removes some luster from the “golf’s toughest test” declaration. As for the Open, the Europeans seem to do quite well in the Ryder Cup, so you know they’d love the format. But the only major of the four that wouldn’t get significant blowback from such a significant format change would be the PGA, yes.

Beall: Absolutely. To varying extents, the identities of the Masters and both Opens is fuelled by their rota and the distinctive performances those courses require. As is discussed annually, there’s no common thread among PGA Championship venues, doing a number on the tournament’s selfhood. If any major is willing to alter its character—or in this case, instill itself with character—via match play, the PGA is raising its hand.

That is, if we are actually moving forward and implementing match play. The tee box is yours: Thumbs up or down on reviving the format for the PGA Championship?

MATCH PLAY??! In a MAJOR TOURNAMENT?! What kind of Mickey Mouse garbage is that? There’s a reason there’s only one match-play event a year on the PGA Tour, and the only other time we see it is at the Ryder Cup and Presidents Cups, which are EXHIBITIONS. It’s not REAL golf. It’s golf weekend golfers love to play because counting every stroke is a MAN’s game.

You want to win one of the four biggest events of the year, sack up and play 72 holes of stroke play better than the other 100-plus guys in the field that week. Imagine handing out a MAJOR to someone who only beat a handful of guys in some wacky bracket, and may not have even needed 18 holes to do it each time. Seriously, how many of these matches get closed out before the 16th, 17th and 18th tees. Doesn’t exactly scream “clutch” gene to me.

You know who would love match play? LeBron James.

Beall: Bold words are the best. It shows you MEAN business and that you NEED us to KNOW it.

There are several insinuations that warrant a response, starting with the idea that winning match play only requires beating a handful of players rather than the field. You’re right, which is why we’re proposing a tweaked format (more on this in a moment). But match-play criticism also can be diluted to a singular worry: That big names will be knocked out early, leaving two rank-and-file players to battle on Sunday afternoon. (Shoutout to the 2002 WGC-Match Play finals, featuring Kevin Sutherland against Scott McCarron.)

Yet that worry has mostly been unfounded. Since the Sutherland-McCarron duel, here are the winners of the WGC-Match Play: 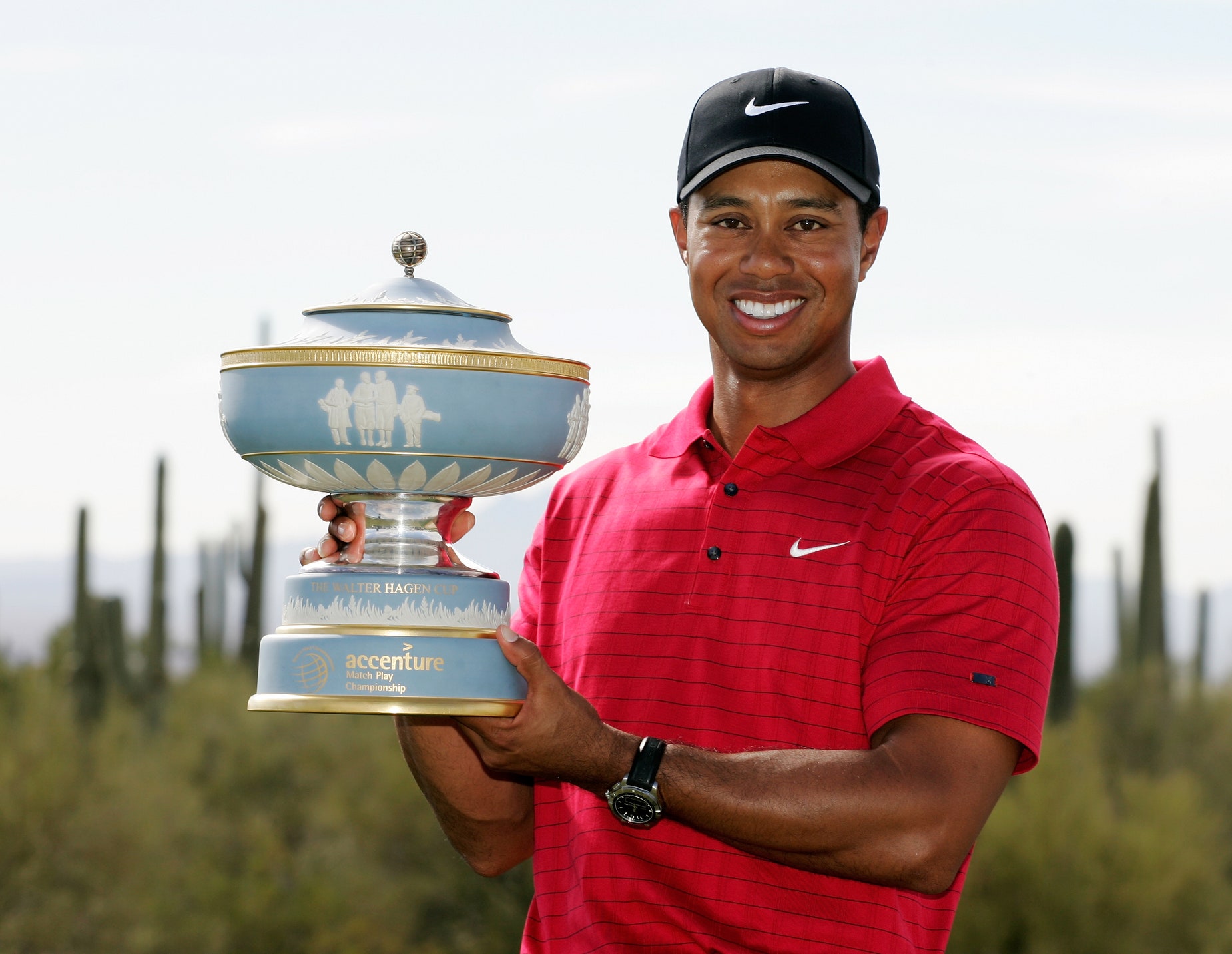 What a roll call; only Kisner has never cracked the top five in the Official World Golf ranking. One could argue, “Of course that group is strong; only the top 64 players are invited” to the WGC-Match Play. Which is true, but the same could be said of the Masters, once you strip it of the amateurs and former winners, and no one ever rips the field at Augusta.

As for the notion of “wacky,” well, there’s already a high degree of chance and luck involved in majors than we acknowledge. Links golf by its nature cuts the field in half, as it’s often weather, not performance, that decides who makes the weekend. This concept is associated, and accepted, with the Open Championship but applies just as often to the U.S. Open. In both cases, it’s not looked at as wacky, but part of their charm.

There is more to tackle, but I’ll let you interject and tell me why I’m an idiot.

Powers: You make some very salient points, none of which I can argue with. Nothing further, your honor.

(Stephen A. Smith barges into the room)

That’s because critiquing the field at Augusta is BLASPHEMOUS. A good majority of that field earns their way there by WINNING a stroke-play event, not by being ranked 57th in the world because of a few wins on the Japan Tour (looking at you, Hideto Tanihara). That’s, right, remember Tanihara? Guy finished fourth in the Match Play just three years ago. You know where he’s ranked now? 486th. In 15 career major starts, Tanihara has one top 10 and 10 missed cuts. But he shows up to his first Match Play event in America and nearly wins the damn thing. That’s the kind of format you want deciding a major championship? Stay OFF THE DAMN WEEEEEEE-DUH!

Beall: When we started this rodeo, I didn’t think I’d have to waste words defending the honor of Hideto Tanihara, but my guy did finish T-5 at the 2006 Open and took DJ to the 18th hole at the 2017 WGC-Match Play. He’s also married to a former pop singer and actress Ayaka Kimura. I’d go longer but I can feel readers bouncing from the page. Besides, how is that different from recent Cinderella major winners like Y.E. Yang, Michael Campbell, Ben Curtis or Shaun Micheel?

But fine, let’s allow straight-up match play may lead to anarchy, and we’ve had enough of that outside of golf these last two months. What if the PGA adapted a hybrid format? Starting on Wednesday, 54 holes of stroke play, with the top 16 advancing to the weekend? (With any ties for the final spots decided by a Friday playoff.) Using last year’s leader board, that would have given us a group highlighted by Brooks Koepka, Dustin Johnson, Hideki Matsuyama, Patrick Cantlay, Xander Schauffele, Adam Scott, Jordan Spieth and Rickie Fowler, and possibly—depending how a theoretical playoff for the two spots turned out—Tommy Fleetwood and Justin Rose vying for the Wanamaker. Each match is 18 holes, 36 holes a day, similar to the WGC format. But here’s the kicker: After each round, the highest seed (using the 54-hole scores to determine rank) would get to choose his opponent.

Keeping the 2019 PGA in mind, would Koepka have picked Jazz Janewattananond, who was T-2 after 54 holes at Bethpage but an unproven talent on the big stage? Maybe he goes with Spieth or Scott, former World No. 1s who had struggled in the third round. Or, because he’s Brooks, maybe he goes, “The hell with it, I’ll prove I’m the baddest man once and for all … I’m taking Dustin Johnson.” Real “Lord of the Flies” type stuff, and the type of electricity the sport desperately needs.

Without adopting a screaming talking head persona, please tell me you see a semblance of merit to this plan. 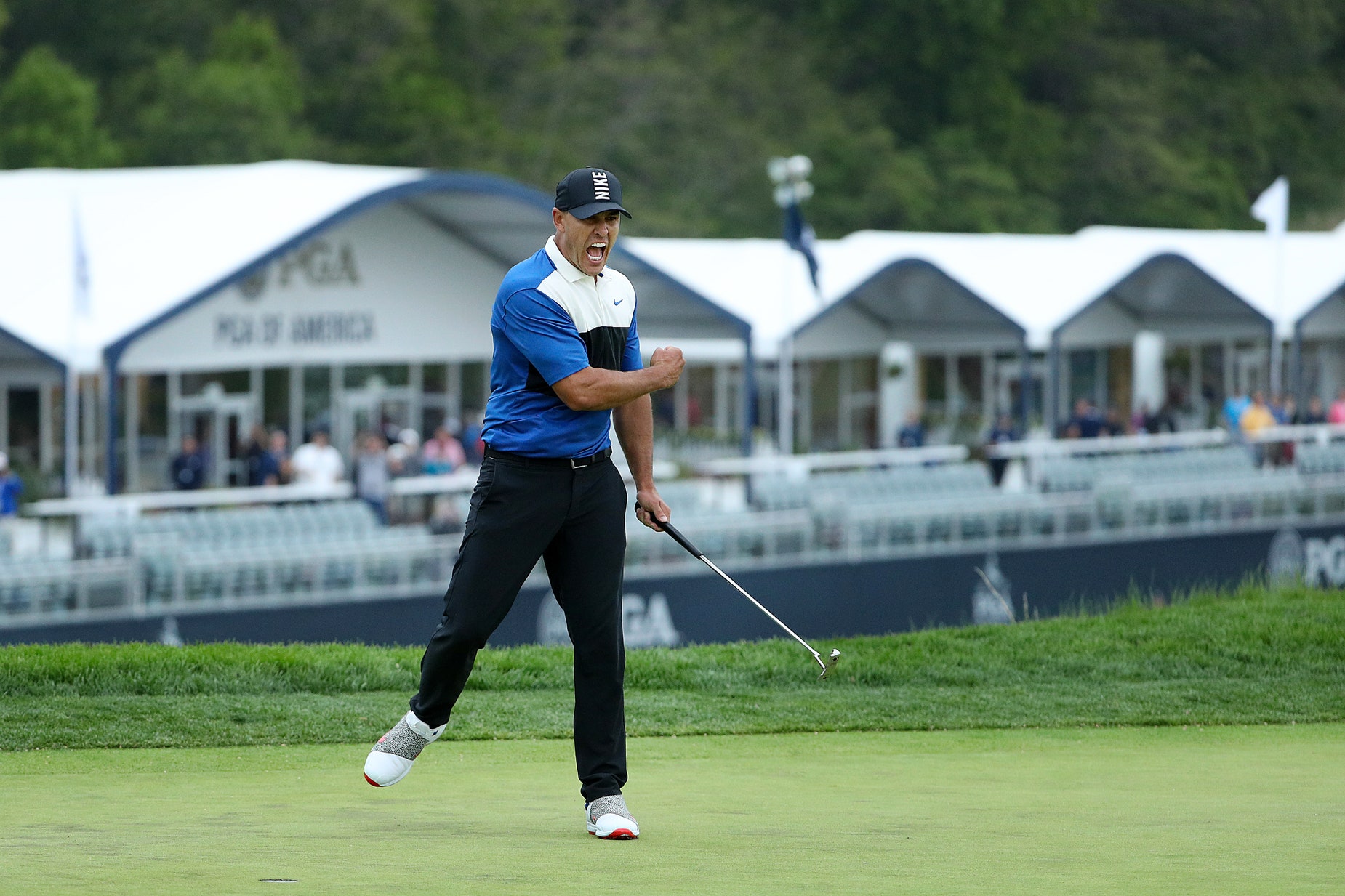 NO! Absolutely not Shannon. Kindly leave.

OK, back to a normal, level-headed discussion. Those personas were solely for actually coming up with a reason to not have match play in a major, because the real me would love to see it! But then this wouldn’t be much of a debate now, would it?

Look, we all love watching match play. Whether it be the U.S. Amateur, the WGC, the Ryder Cup, Presidents Cup, college golf, etc. Match-play events are mark-your-calendar affairs for golf fans, no question. Part of it is seeing something other than the slog that 72 holes of stroke play can be, and I think an even larger part of it is because it’s the way that the majority of us play at our own home courses, though we do it with handicaps. But it’s the one format we can watch the best in the world play and then go (somewhat) emulate it ourselves. It keeps us all engaged for all 18 holes, and a bad hole here or there is not a round-killer. You’re never out of it. Always the next hole. Insert another match play cliche here.

The format you’ve outlined, closely resembling the U.S. Amateur, is perfect, and it goes back to my point of just playing the U.S. Open that way. Where I will poke a hole in it is that it still involves stroke play! Ultimately, the biggest events all do, because it is the truest test. I’m happy to incorporate it into a major, but I’d stop short of it being the only format, like say if it was a 64 or 128-man bracket that could see some of the top players get bounced on Day 1.

Beall: Can’t forget “vagaries.” A match-play cliches list sans vagaries is like building a car without an engine.

Yes, I understand the paradox of our match event incorporating stroke play. But golf is already so damn conservative, we can’t hit it with too much change at once. View it as a precursor, similar to how the BCS begat the College Football Playoff.

It’s not a perfect model. The Sunday experience for those at the course takes a hit with only four matches to watch (semifinals in morning, championship and consolation in afternoon). The format—given the amount of golf in a relatively small window—favours a younger, more athletic crowd, although I wouldn’t classify that as a bad thing. Perhaps the Ryder and Presidents Cup lose a tad of luster because match play is not as much a novelty, but those events are more fueled by public spirit and patriotism than playing formats. In short, roll this bad boy out at TPC Harding Park come August.

Powers: One key thing that has gone unmentioned—the idea of a major ending with someone not actually rattling the bottom of the cup kind of sickens me. Imagine handing the Wanamaker to your opponent by removing your cap and “that’s good”-ing his two-footer? Gross. Also, the allure of a major championship for television viewers is what happens on Sunday. When majors are good, they are absolutely electric to watch as players come down to the stretch. When match play nears its end, it gets more boring for viewers. Less players, less matches, less live shots being hit, less action, etc. God forbid one of these final matches is a blowout, people would be changing the channel before Happy Hour.

That said, a P-Reed vs. Poulter, Kisner vs. McIlroy “Final Four” with a major on the line would be fascinating to watch. Not sure if there’d be much cheering going on for anyone in the Reed-Poulter match, though.

Should professional golfers be allowed to wear shorts?

Ireland vs. Scotland: Which is the better golf destination?

Is Sergio Garcia’s career a success or disappointment?

Which golf rules need to go?