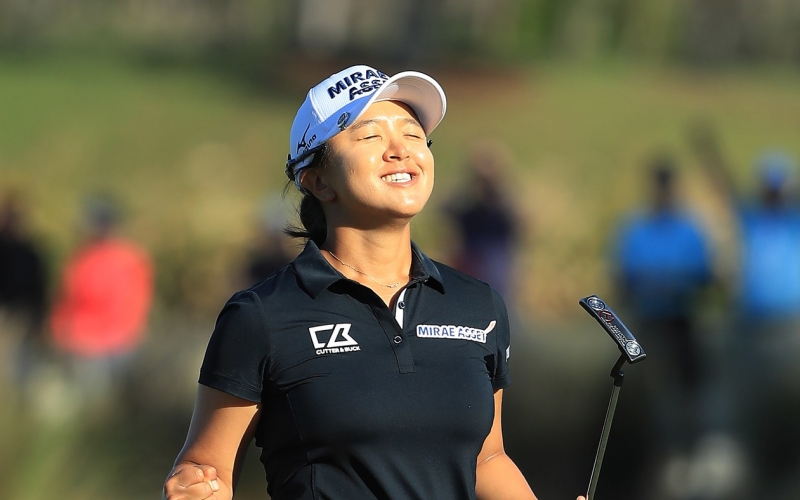 By Keely Levins
Sei Young Kim might have just become the least-talked about wire-to-wire LPGA winner ever. The 26-year-old from South Korea quietly opened the CME Group Tour Championship with a 65 to take a lead she held or shared until her winning 25-foot birdie putt on the last hole worth $1.5 million on Sunday.

On a hot, humid Florida afternoon, most of the attention seemed to be directed elsewhere. Nelly Korda, the highest-ranked American at No. 3, was just a shot behind Kim at the start of the final round, and had attracted more attention from stretches of brilliant golf: four-under for her final three holes on Thursday, the 31 she shot on the front nine on Friday, the 31 she shot on the back nine on Saturday.

Even throughout the final round, as Korda fought through a difficult ball-striking day, Danielle Kang’s seven-under 65 to finish at 16 under generated more buzz around the golf course.

But to overlook Kim yet again was a mistake.

“She’s just got it, the it factor it’s in her,” Kim’s caddie Paul Fusco says. “You’ve seen what she’s done, the records, the holing out. She does special things.”

Kim was the LPGA Rookie of the Year in 2015. She broke Annika Sorenstam’s tour scoring record, having shot 31 under at the 2018 Thornberry Creek LPGA Classic. The win Sunday at the CME marks her 10th on the LPGA Tour, and her third of the 2019 season.

The hole-out to which Fusco referred came in her second tour victory, from the fairway to win in a playoff at the Lotte Championship in 2015. Kim has been in four playoffs, and has won every one.

Yet Kim is not bothered by the obscurity under which she has played. “Being also under the radar and having the attention kind of shifted to other players, not myself, it really motivates me to work harder,” Kim said. 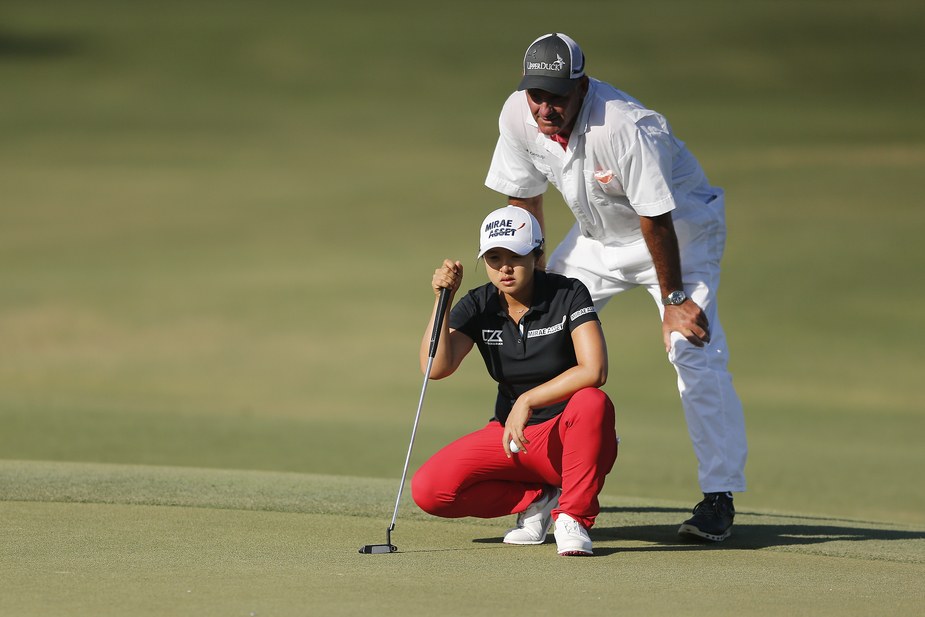 Kim showed the it factor on the winning 25-footer on 18, a downhill left-to-right breaker that she hit with perfect speed, the ball droppingon the high side.

It was a putt for birdie, the win and $1.5 million, the largest winner’s check in the history of women’s golf.

It was also a putt Kim didn’t realize she had to make to win.

Having not seen the leaderboard, she wasn’t aware that Charley Hull had just birdied the 18th hole ahead of her, pulling into a tie with Kim at 17-under. Kim said she was under the impression that she was in a battle only with Korda. Korda had made her birdie putt on 18 to finish at 16-under, so Kim was under the impression she needed two putts for par and the win.

“To be honest with you, I was only aware of Nelly’s position when I was putting,” Kim said, through a translator. “I had no idea Charley’s score. So I just thought of two-putting to secure my win.”

Fusco knew, but didn’t say anything.

“I knew she had to make it but I was never going to tell her,” Fusco said. “That would’ve created too much pressure.” 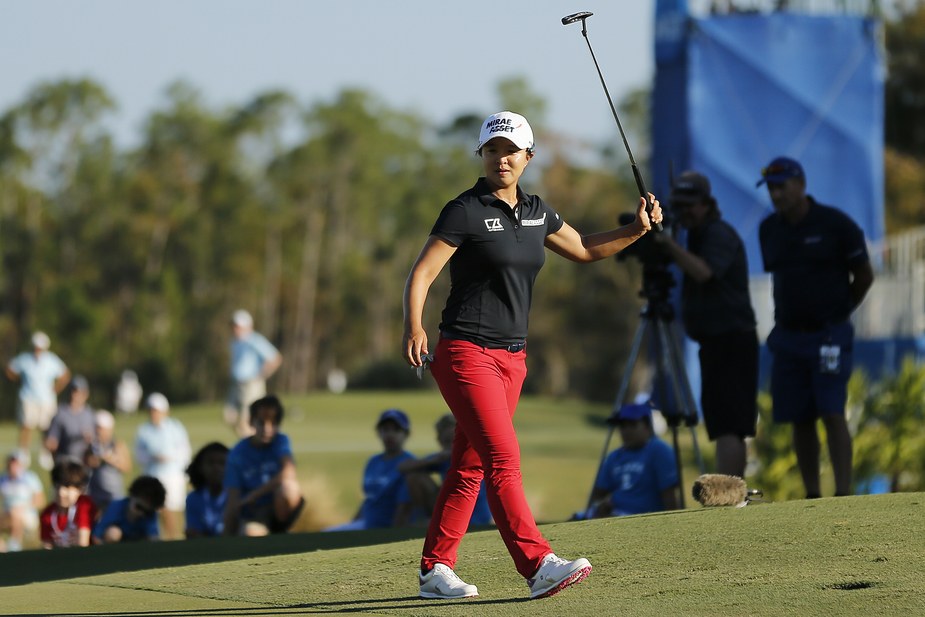 Remaining calm by diminishing pressure is something Kim has been working on, though she never looks overly stressed on the golf course.

“She hides it,” Fusco said. “I always tell her to relax when I can tell things are going not the way she wants it. We’ve been talking about it and working on it for years. Just trying to get to the point where you’re always relaxed. When you’re there, no one is going to beat you.”

Her tendency to overthink at times was evident throughout the week at Tiburon Golf Club. She’d spend more time than usual on some putts, walking around the line again, sometimes talking to Fusco several times before setting up and putting.

But when Kim got to the 18th green, there was no conversation. Kim did not consult Fusco. She had it.

The putt—and the victory—are another reminder (on a long list of reminders) that Sei Young Kim should not be overlooked.

“She’s gonna have those blow away years, you watch,” Fusco said, beaming on the 18th green just after his player hoisted the trophy and $1.5 million check. “I think she’s just getting started.”