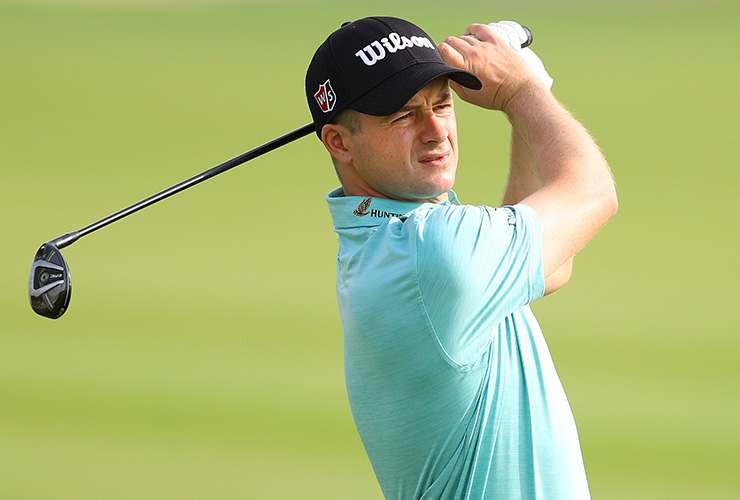 By Kent Gray
David Law will start the second day of the Commercial Bank Qatar Masters from pole-position and is grateful to get an early chance to extend his advantage in Doha Friday.

Law is off the 10th at 7.25am (Doha time) on Friday and will be hoping to kick-on from his impressive start, just the second time in four European Tour starts this season he’s signed for a round in the 60s.

“It was a good score. I played really well. Conditions were quite easy but I was happy with my iron play and I holed some putts, which was nice,” said the The 2019 ISPS Handa Vic Open champion of his opening round.

“I’ve been guilty over the last few weeks when I’ve had decent rounds going of not finishing them off. I was semi-conscious of sticking with it and trying to go low.

“I was really happy with how I stuck to my routines, my processes and I came out of it with a good score.

“I’m a lot more focused on my targets rather than my golf swings. Over the last couple of seasons I’ve been guilty of asking myself why I’ve been hitting bad shots, instead of just going on to hit the next one.

“Over the break we had I sat down with my coach Alan McCloskey and Paul Lawrie, we discussed it and it’s all about getting the ball in the hole now, trusting that you’ve done the hard work and the work’s done.”

David Law leads after the opening round of the Commercial Bank Qatar Masters.

Having a morning tee time Friday is a bonus too.

“It’s a nice draw. I’m looking forward to getting back out there tomorrow. It’ll be different,” said Law.

“Although it was hot and muggy it was calm, it’s never normally like that here. Tomorrow will be a bit more like normal, a bit of wind and it’ll be testing. I’m looking forward to it.”

Defending champion Jorge Campillo opened with a 68 to be four strokes back entering Friday. Jordanian amateur Shergo Al Kurdi fired a fine 68 for a share of 21st place overnight.

Darren Fichardt ready for final round fight, as much with Doha’s winds as with his nearest rivals

All you need to know about the Qatar Masters