Sam Burns is already having FOMO for the 2023 Ryder Cup 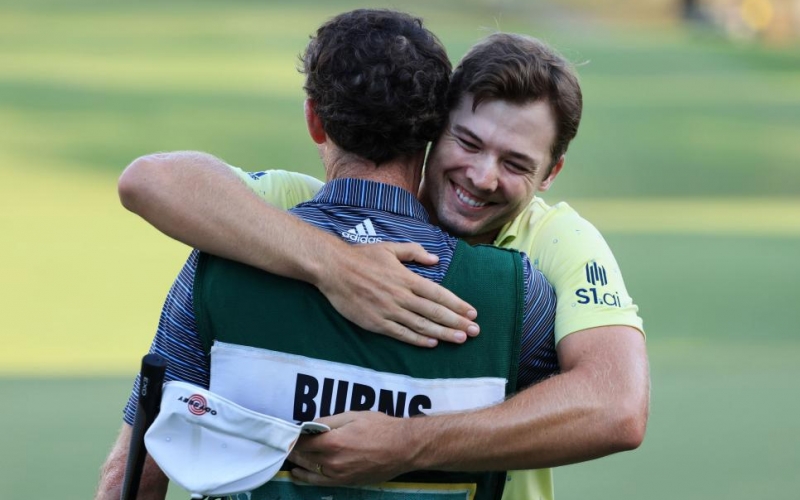 By Ryan Herrington
When he hung up the phone after Steve Stricker called last month breaking the news that he wasn’t going to be a captain’s pick for the 2021 U.S. Ryder Cup team, Sam Burns felt a twin set of emotions. “Definitely kind of gut-wrenching,” was how the 25-year-old Louisiana native characterised being one of the last players left off an American squad that went on to thump Europe, 19-9, at Whistling Straits.

Yet in the same breath, Burns noted the trait that has so many people so giddy about the prospects of American success in the event for years to come.

Said Burns: “I think it’s definitely motivated me to try to be on the next team and continue to improve and hopefully be on it the next go.”

Sure enough, in his next start after the Ryder Cup romp, the former college player of the year at LSU let the experience he gained from a successful 2020-21 season propel him to victory at the Sanderson Farms Championship. Amid a crowded leader board at the Country Club of Jackson (Miss.), Burns seized control of the tournament on the back nine Sunday, making four birdies in a five-hole stretch to breakaway with a closing 67 and claim his second PGA Tour title in six months.

While Burns had “only” one win to his credit during the super season (the Valspar Championship in May), he held the lead or a share at the end of 13 different rounds, the most of any player on tour.

“I think last year having those experiences around the lead, I think those were really important for me, I learned a lot,” Burns said. “Having that under my belt today, that experience was definitely helpful and coming down the stretch I felt a lot different than I have in the past and not necessarily more confident but just in a better state of mind and thinking process was much better. So, yeah, those experiences definitely helped.”

When prognosticators look at the talent-rich 2021 Ryder Cup team they note that, of course, not all of them will be in the same form in two years time when they’re heading to Rome. But that’s when they make comments about the solid young talent that’s waiting in the pipeline, players like Burns who fought hard all summer to get himself in position for a potential pick in 2021, only to fall short not because of a flawed resume but because the roster only has 12 spots. With the Sanderson victory, Burns moved up to 18th in the World Ranking.

Burns didn’t say how much he talked to the guys on Team USA in the aftermath of the victory to get a first-hand account of the moment. And he admitted only watching a little of it. (“I don’t necessarily watch a lot of golf,” he noted.) But the impression he left was clear. There is likely to be a trickledown effect of the U.S. victory among those who weren’t in Wisconsin to get to share a similar experience in Rome, a party that every top American hopes to be invited to.