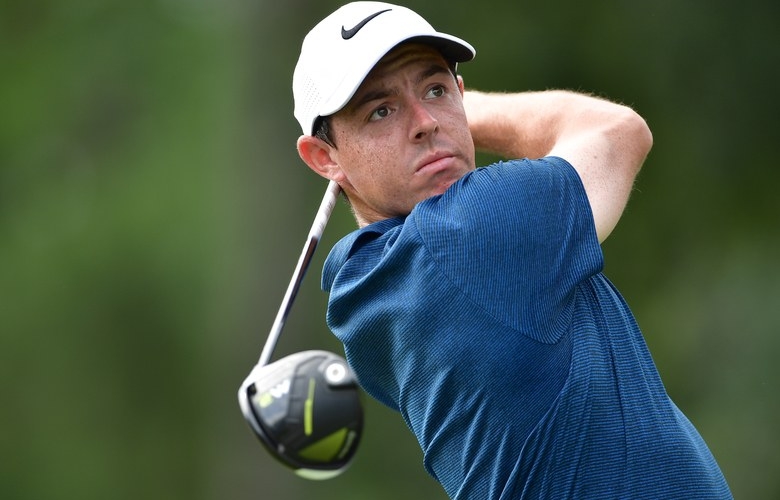 CHARLOTTE, NC – AUGUST 13: Rory McIlroy of Northern Ireland plays his shot from the second tee during the final round of the 2017 PGA Championship at Quail Hollow Club on August 13, 2017 in Charlotte, North Carolina. (Photo by Stuart Franklin/Getty Images)

By Christopher Powers
After posting a final round three-under 68 to finish T-22 at the PGA Championship, Rory McIlroy left his FedEx Cup Playoffs availability up in the air, suggesting his lingering rib injury was not fully healed.

Whether or not he is 100% healthy remains unclear, but according to a report from James Corrigan of the UK Telegraph, a member of McIlroy’s management team confirmed he will play in the Northern Trust in Old Westbury, N.Y., next week. The report also confirmed that McIlroy’s good friend Harry Diamond will be back on the bag at the Glen Oaks Club.

When the Northern Irishman tees it up next Thursday, he’ll be defending his FedEx Cup crown, which he won after capturing the second and final legs of the playoffs one year ago.

He comes into the final stretch in a similar situation he found himself in a season ago, having not won an event prior to the playoffs. He’s still put together a respectable season, with six top-10s, eight top-25s and over $2.3 million in total earnings.

The scene wasn’t just set—it was straight out of a painting.