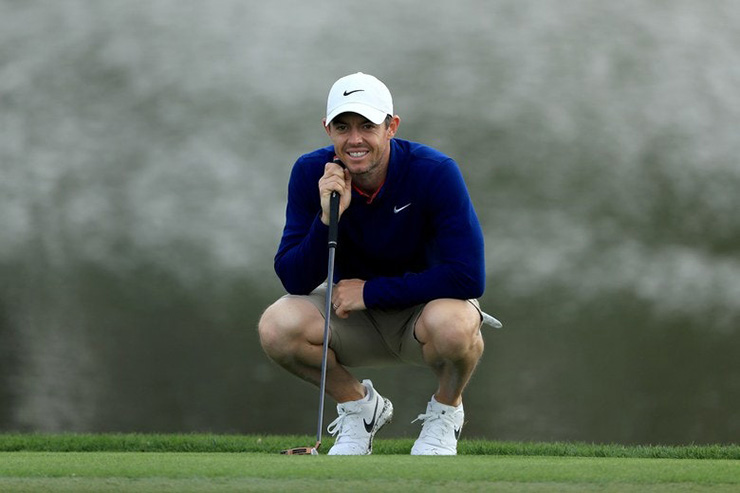 ORLANDO, FLORIDA – MARCH 04: Rory McIlroy of Northern Ireland smiles during the pro-am round prior to the Arnold Palmer Invitational Presented by MasterCard at the Bay Hill Club and Lodge on March 04, 2020 in Orlando, Florida. (Photo by Sam Greenwood/Getty Images)

By Dave Shedloski
Rory McIlroy converted a meaningless birdie Wednesday morning on the 18th hole at Bay Hill Club on the eve of the Arnold Palmer Invitational. Of course, what birdies are ever meaningful before a tournament, unless it secures a victory in the pro-am?

As it stood, the birdie resulted in McIlroy shooting a 2-under 70 on the Bay Hill’s Championship Course. His pro-am team finished well off the pace.

But McIlroy, the No. 1 player in the world, was keeping track all the same. Because he needed a 68.

That was the target score that his caddie, Harry Diamond, set for him when their pro-am round began at 6:50 a.m. It’s part of a regular bet the two friends have from week to week. It keeps McIlroy focused as he prepares for the start of an event instead of just slapping it around while entertaining his pro-am partners.

“I always try to play a game with Harry, my caddie. He sets me a score to shoot that day and says, right, If you shoot four-under or better I’ll buy you dinner, and if you don’t get to that, you have to buy me dinner,” McIlroy explained. “And we do that every Wednesday and it just, it keeps me concentrating on every shot and over every putt and it’s something that I need to do because as you see out there, it’s very easy to get distracted and talk to people and basically hit the ball everywhere. So it just keeps me sort of on the straight and narrow.”

McIlroy, who won the Arnold Palmer Invitational two years ago after a final-round 64, thought he had shot 69, but he made five birdies and three bogeys on Wednesday for 70. Thus, he was buying Diamond dinner Wednesday night. No word on the winner’s choice of eatery.

Nevertheless, McIlroy enjoys the challenge and that it proves useful to his preparations.

“Yeah, Wednesdays are pretty hard to concentrate at times because you’re trying to find that balance between treating it like a practice round and trying to get something out of the day, instead of just being a host for your amateurs and sort of trying to get them around,” he said.