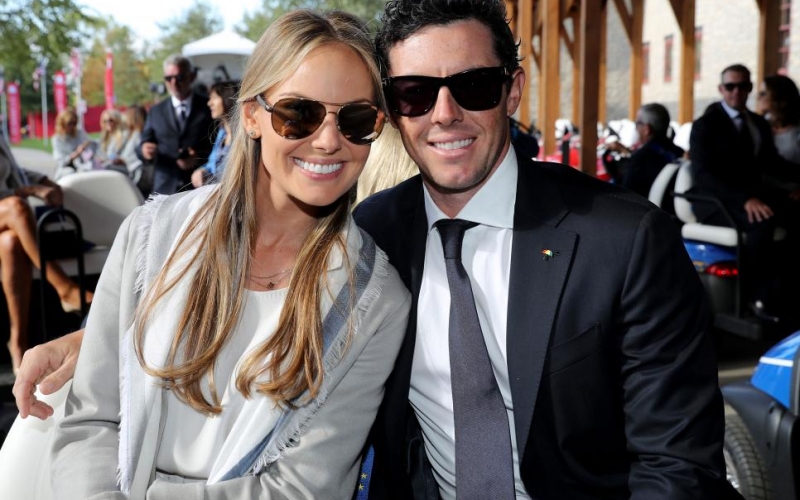 By Ryan Herrington
Rory McIlroy announced via social media that he and wife, Erica, are parents to a new baby girl, born Aug. 31.

The question of what would happen if Rory McIlroy’s pregnant wife, Erica, went into labor during this week’s Tour Championship became moot on Monday as she delivered Poppy Kennedy McIlroy at 12:15 p.m. in Florida. McIlroy revealed the birth of the couple’s first child on Thursday via social media.

Poppy Kennedy McIlroy, born August 31st, 12:15pm. She is the absolute love of our lives. Mother and baby are doing great. Massive thank you to all the staff at Jupiter Medical Center and Dr Sasha Melendy for their amazing care ❤️❤️❤️

News of McIlroy’s pending fatherhood became public over the weekend during the BMW Championship, the four-time major winner indicating that the baby girl was due in the next few days. McIlroy said his caddie, Harry Diamond, was keeping a phone close by throughout play at Olympia Fields in case Erica went into labour. Asked what might happen if he got the call at any time during the tournament, McIlroy was unequivocal.

Similarly, McIlroy indicated over the weekend that if the baby hadn’t come before this week’s Tour Championship, he would leave East Lake at any time if necessary.

“Yeah, for sure. Yeah, definitely, just depending on what happens,” McIlroy said. “I’m going to play in many more Tour Championships and it’s only going to be the birth of your first child once. That trumps anything else.”

Withdrawal from the PGA Tour’s final playoff event, however, would mean that McIlroy would have to drop out of the race for the FedEx Cup entirely.

Now, McIlroy can compete at East Lake, where he has won twice (2016 and 2019) and finished inside the top 10 in all but one of his six starts at the course, without any worry. The reigning FedEx Cup champion arrived at the course on Thursday admitting to being “emotionally drained” from the previous few days.

“Thankfully, Erica has her mom and sister with her at the minute, so she’s got plenty of help, and I feel a little better leaving and coming here to play this week.

“Yeah, I didn’t want to leave,” he added. “I was supposed to fly at 8 so I was going to leave the house … airport is close to our house and I was just going to jump on the plane and come up, so I was going to leave at 7:30. I ended up not leaving until 8. It was just hard to leave, really hard to leave. But at the end of the day life doesn’t stop. Life moves on. And as I said, I know that Erica is surrounded by her family, and my mom and dad are just around the corner, so she’s got all the help she needs, so I felt a little more comfortable being able to go.”

McIlroy tees off in the first round at 1:30 p.m. with Brendon Todd. He starts the tournament at three-under par, seven strokes back of leader Dustin Johnson.