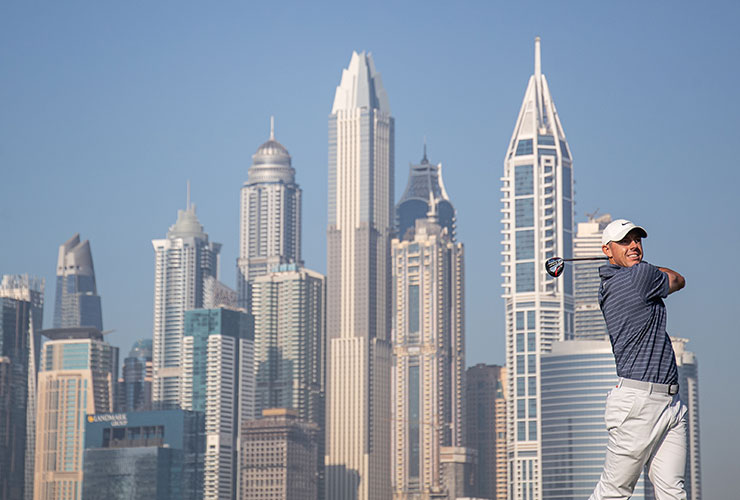 While Rory McIlroy had yet another stand-out season in 2022, it was, in some respects, another year of near misses and what-ifs.

The Northern Irishman became only the second golfer in history after Henrik Stenson to claim the points race on both sides of the Atlantic in one season — taking the PGA Tour’s FedEx Cup and the DP World Tour Rankings as he reclaimed top spot in the OWGR standings.

However, the 33-year-old also failed to add to his haul of four majors for an eighth year and was powerless to stop Jon Rahm claiming his third DP World Tour Championship title in November, meaning his own chase for that triple crown has to wait.

Those 2022 near misses began back in January at the Dubai Desert Classic, when a visit to the water on the 72nd hole denied him at least a spot in a playoff with Richard Bland and eventual winner Viktor Hovland.

The majors drought then continued with a late charge only good enough for second behind Scottie Scheffler at the Masters, followed by an eighth place at the PGA Championship and T5 at the US Open before he watched Cameron Smith snatch the 150th Open Championship crown from him, having led the way after 54 holes.

Now McIlroy is returning to Emirates Golf Club as a man on a mission, hoping that a third Dubai Desert Classic title can get his 2023 campaign off to a flying start.

“I always look forward to playing the Dubai Desert Classic, having won twice,” he said. “Lifting the Dallah Trophy for a third time is on my list.”

The Desert Classic takes place on EGC’s Majlis Course from January 26-29, with the DP World Tour Rolex Series event offering a record $9 million in prize money for its 35th edition.

Simon Corkill, Executive Tournament Director of the Dubai Desert Classic, expressed his delight at McIlroy’s return. “Since the first ball teed off more than three decades ago in 1989, the Dubai Desert Classic has gone from strength to strength, attracting a wide array of top golfers from around the world, so to have Rory confirm his participation exemplifies how highly regarded the tournament is,” he said.

“He is one of the greatest names not just in golf but also in sport in general and we are delighted that he will be returning to Emirates Golf Club again. This is a fantastic opportunity for fans to see the world No. 1 in action on the Majlis course, a place he knows very well, in what will be another important year for him.”

As with every year, there will be a world-class field on show, with the likes of 2019 Open Champion Shane Lowry, plus DP World Tour stars Tommy Fleetwood, Ryan Fox and Tyrrell Hatton among those teeing up.

“I’ve had success in the UAE in the past, and it would be great to add my name to the impressive list of players who have lifted this trophy,” Lowry said.

Off the course, there will be plenty for visitors of all ages engaged, including live music, wide-ranging food and drink options, a dedicated kids’ day and all-day entertainment, plus the Junior Dubai Desert Classic gets going on January 21 and 22 to get the festival started.