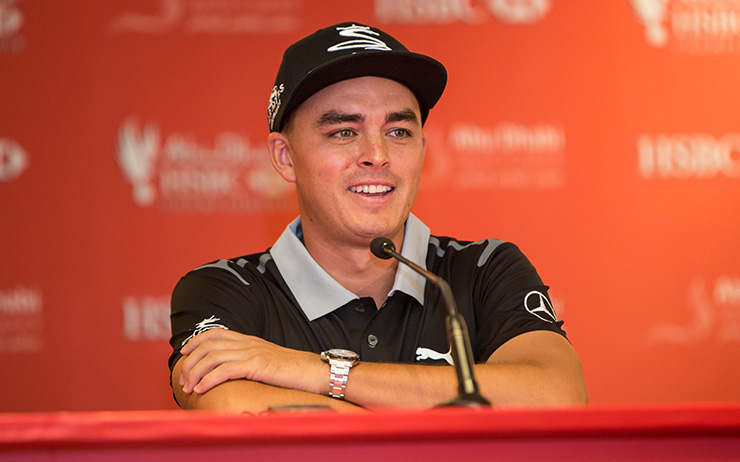 As defending champion, Rickie Fowler is primed for his season bow in Abu Dhabi but concedes his focus is firmly on August National and elusive major championship glory in 2017.

After his one-stroke victory over Belgian Thomas Pieters in last year’s Abu Dhabi HSBC Championship, it seemed only a matter of time before Fowler would finally cross the line in one of the game’s four bigs and cash in on his undeniable, yet relatively undecorated, talent.

The 28-year-old had clinched golf’s unofficial fifth major, The Players Championship, the previous May after a stellar 2014 during which he finished no worse than T5 in any of the year’s majors, including runner-up efforts to Martin Kaymer at Pinehurst No.2 and Rory McIlroy at Royal Liverpool in the U.S. Open and Open Championship respectively.

But after being piped by Japan’s Hideki Matsuyama in a playoff at the Phoenix Open a fortnight after Abu Dhabi, Fowler’s 2016 form inexplicably faded. The now world No.14 earned a share of 12th at the 2015 Masters but in the seven majors since has missed three cuts and finished no better than T30.

His defence of the Falcon Trophy from Thursday is all part of the pre-season plan, hatched in conjunction with his manager, swing coach Butch Harmon and caddy Joe Skovron, to peak for the Masters in April.

“Yeah, Augusta, obviously once the Tour season starts, everyone is looking at that one,” Fowler said.

“It’s a special place, fun to think about it and fun to prepare. So that’s definitely on all of our minds, and obviously looking to peak, getting the first few months going, heading in the right direction and peak that first week of April.

“It’s definitely nice to be back in [Abu Dhabi]. I had a few good tournaments after this last year, but individually I didn’t play as well as I would have liked to. So definitely some great memories here and looking forward to making some more.”

Fowler still rates 2016 a success having represented the U.S. in golf’s return to the Olympics in Rio (where he placed 52nd), before helping end Europe’s recent Ryder Cup dynasty at Hazeltine and partnering pal Jimmy Walker to a share of second place at World Cup of Golf in Melbourne. 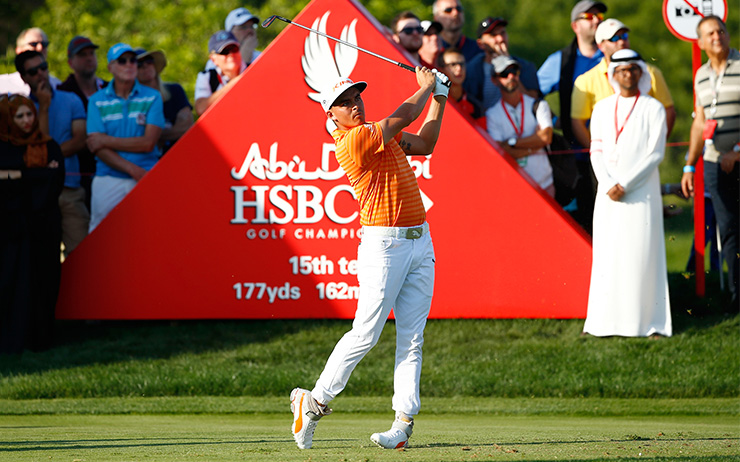 He admits Justin Thomas’ streaky start to 2017 has added to his fire in the search for golf’s major answers as he looks to build his three PGA Tour and two European Tour victories. After back-to-back wins in Hawaii, including a PGA Tour tournament scoring record at the Sony Open fuelled by an opening round 59, Thomas is no longer best known as a friend of Fowler and Jordan Spieth, but rather as the world’s eight ranked golfer and a genuine contender.

“J.T.’s gotten off to a decent start… I appreciated him finally taking a week off so the rest of us could have a chance,” Fowler joked

“To see one of my best friends, Justin, play the way he’s played the last two weeks, yeah, it’s inspiring and motivating, to continue to push myself to play better. Winning is what I want to do…win tournaments around the world [and] the majors are No. 1.”

Fowler described McIlroy’s withdrawal from Abu Dhabi as a “bummer” but doesn’t expect his defence to be much easier with three of last year’s four major champions – Danny Willett, Dustin Johnson and Henrik Stenson – headlining a glittering cast for the 12th edition of the Desert Swing opener.

Indeed, Abu Dhabi is a microcosm of the depth Fowler has to content with every week, not just in the majors. Still, he has every reason to eye this year’s bigs with optimism, particularly the PGA Championship at Quail Hollow in North Carolina where he won his first PGA title at the Wells Fargo Championship in 2012.

“This year’s going to be fun. Hopefully Rory’s not out too long. Henrik had a great year last year. Jason’s [Day] playing well. I mean, golf’s so deep right now, and it will be nice if we can get Tiger back for a full season, Rory healthy. Yeah, it will be fun…”