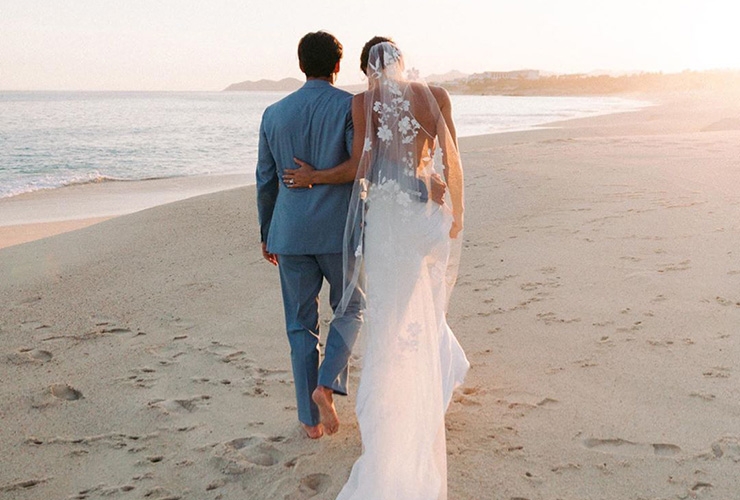 By Alex Myers
Welcome to another edition of The Grind, where we take back everything nice we said about Cardi B last week. Apparently, the rapper will NOT name her next album “Tiger Woods” after all. She was “kidding.” Well, Cardi, you lost a fan (of less than one week) and a customer. You don’t kid about stuff like that. Someone could see it and write about it and talk about it on a podcast and do an entire video about it. SOMEONE could! Did you ever consider that, Cardi? More like Cardi Boo, am I right? Anyway, fortunately, there’s a lot of other good stuff happening in the golf world. Let’s get to it.

Lanto Griffin: Named after Lord Lanto, a spiritual master, Griffin clearly mastered his nerves down the stretch of the Houston Open. He rolled in a 30-foot birdie putt to take the lead on No. 16 before two-putting from 60 feet on the 18th hole to close out his first PGA Tour title. And then the tears flowed like rain—and it was awesome: 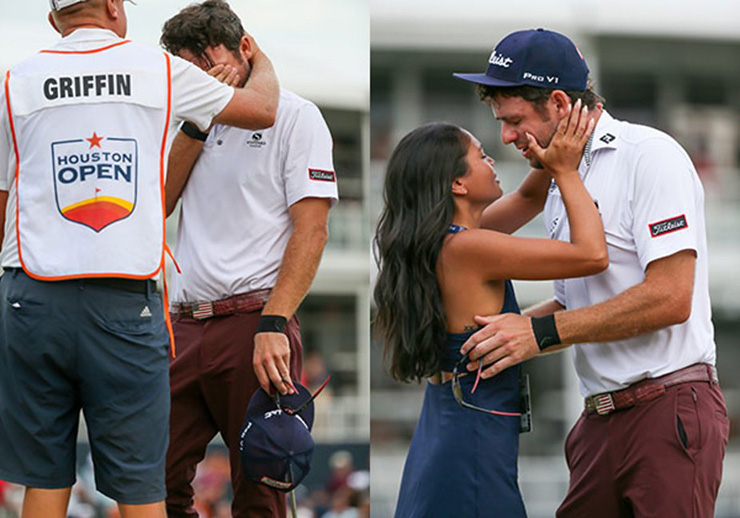 It’s been quite a journey for Lanto, who just a few years ago had $30,000 racked up on credit cards and whose biggest golf paycheck until 2017 ($17,000) came from being a fill-in caddie for Will Wilcox at the 2014 Greenbrier Classic. Now he’s No. 1 in the FedEx Cup standings and working on a five-week streak of finishing in the top 20. The man named after the Lord of Light is lighting it up. Sorry, couldn’t help it.

Bernd Wiesberger: Speaking of quick turnarounds, the 34-year-old Austrian, who missed most of 2018 with a wrist injury, had fallen to No. 389 in the Official World Golf Ranking in May. But a victory in the Italian Open on Sunday—his third European Tour title since—has him at a career-best No. 22. He’s also the new leader in the Race to Dubai. 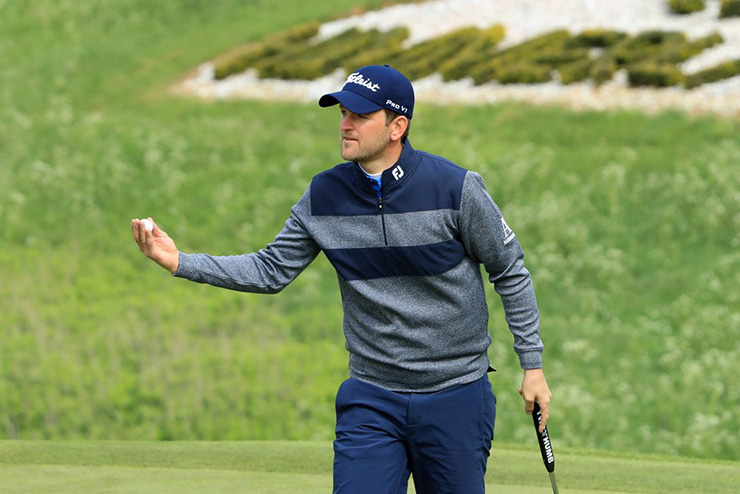 The guy is really Bernding it up right now! (Again, sorry, couldn’t help it.)

Rickie-Allison: The photos and details are scarce, but Fowler married Stokke on Oct. 5 in what looked to be a lovely beach ceremony:

As you can see, Fowler kept it “cazh” with a tee shirt and white sneakers while Allison looked stunning. Shocker, I know. She also showed some serious discipline waiting nearly a week to share a few photos. Clearly, the guests had a social-media ban as well, which is why no videos of the SB2K Crew tearing up the dance floor have surfaced. At least, not yet.

Mike Maddux’s golf: St. Louis Cardinals pitching coach Mike Maddux and brother of Hall-of-Fame pitcher Greg Maddux—a strong golfer in his own right—made two holes-in-one in the same round on Monday. As the great Mel Allen would say, “How about that?!”

Big day for @Cardinals pitching coach Mike Maddux who had TWO hole-in-ones at the Army/Navy course today. His 5th and 6th… pic.twitter.com/3PNc9PzsS1

Mike Maddux’s staff: Unfortunately for the Cardinals, Mike Maddux’s aces on the golf course have completely outshined his aces on the pitching staff. Hours after news of his golf feat made the rounds, the Cardinals lost 8-1 to the Washington Nationals to fall into a 3-0 hole in the National League Championship Series. It’s looking like Maddux will be playing more fall golf next week rather than participating in the fall classic.

Replacing an old friend: I got a little emotional moving our upstairs couches downstairs (my basement lair looks awesome now), so I can only imagine what Henrik Stenson felt like moving on from his famous 3-wood. But after nearly a decade of hitting that thing like most pros dream of hitting a driver, the 43-year-old Swede has moved on to some new technology.

Hang in there, Henrik.

Golf in Montana: Before you jump down my throat, I think Montana is a beautiful state having been dragged to Glacier National Park multiple times by my parents as a kid. But playing through four hours of snow in early October during the high school state golf championship? No thanks. Then again, I passed on playing on Sunday because the temperature at tee time was flirting with 50, so I’m not the best person to weigh in on this:

The most amazing part is this group of tough teens shot a combined 240 shots better on the tournament day it snowed. Those kids are freaking warriors.

The PGA Tour begins its Asian Swing with the CJ Cup @ Nine Bridges, AKA that event with an @ sign in the official tournament title, and island green on the final hole, and a trophy that is anything but a cup despite the tournament name. This is an interesting one! And don’t forget about “The Challenge: Japan Skins,” GOLFTV’s new event featuring Tiger, Rory McIlroy, Jason Day, and Hideki Matsuyama. If you live in the U.S., you can watch on Golf Channel on Sunday night. Skins! Back!

Random tournament fact: Brooks Koepka is the defending champ, but has higher odds (9/1) than favourite Justin Thomas (9/2). Do you hear that? That’s a slighted Brooks throwing around a little extra weight in the gym right now.

—The Masters will ever be called The Masters @ Augusta National: 1 MILLION-to-1 odds

—Rickie and Allison set their first dance to that song from his Rocket Mortgage ads: Even odds

PHOTOS OF THE WEEK

Rich Beem made a rare PGA Tour start in Houston and his 16-year-old son Michael caddied for him. 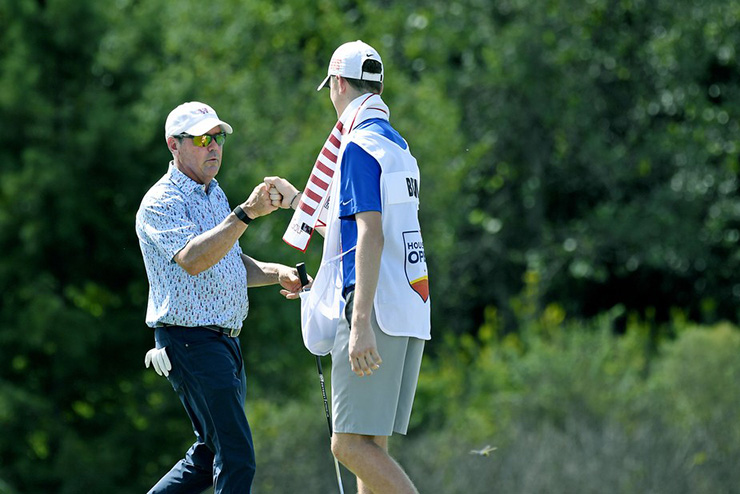 Eddie Pepperell continues to be an absolute delight. Here, he eats and reviews an entire meal in Italy while also getting drunk. Love it.

Tyrell Hatton was interrupted during the Italian Open by his fiancé slamming a port-o-potty door. You can’t make it up:

“You put me off! You should be ashamed!” So good. As was Hatton’s approach shot moments later. Oh, and his response to it all on Twitter later.

“Not everybody’s going to be a Jordan Spieth or Rickie Fowler or the top in the world,” Griffin said. “Some of us, it takes us until [ages] 28, 29 to get on tour. George McNeill, I talked to him last week, and he was 30 [when he made the PGA Tour], and he’s played for 14 years. So, hearing stories like that, that’s more who I am. There’s nothing wrong with that at all. Life’s still great, and I’m not going to change. This win’s not going to change me, I can promise you that. I’ll be the same person.” —Lanto Griffin is an easy guy to root for.

The Washington Wizards took a team-bonding trip to Topgolf ahead of the NBA season—and the results were pretty solid!

Well, not counting whiffs by Rui Hachimura and Moe Wagner. Guys, stop working on your free throws and work on your swings.

THIS WEEK IN PGA TOUR PROS-WAGS PUBLIC DISPLAYS OF AFFECTION

It was quite a week for PGA Tour WAGs. In addition to Allison Stokke tying the knot with Rickie Fowler, Lanto Griffin called his girlfriend, Maya Brown, his good luck charm. 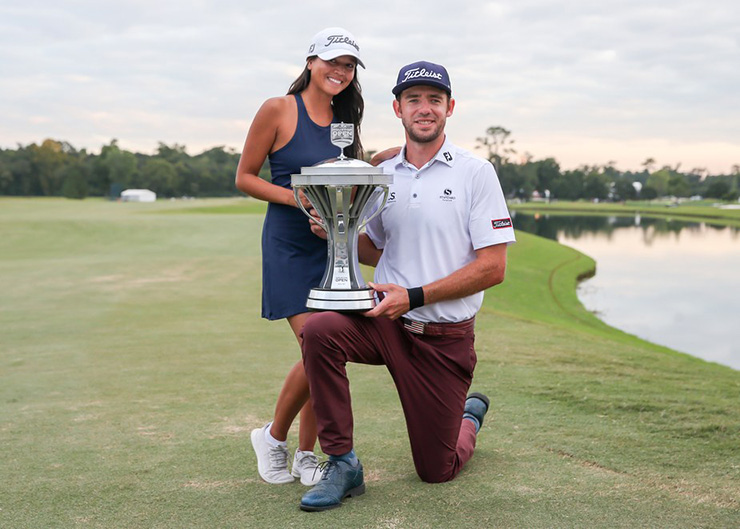 Aww. Meanwhile, Maverick McNealy credited girlfriend and LPGA star Danielle Kang for the best round of his young PGA Tour career after she gave him a “talking to”.” And finally, Pat Perez’s wife, Ashley, became a news source by confirming why her husband was a late WD at the Houston Open. 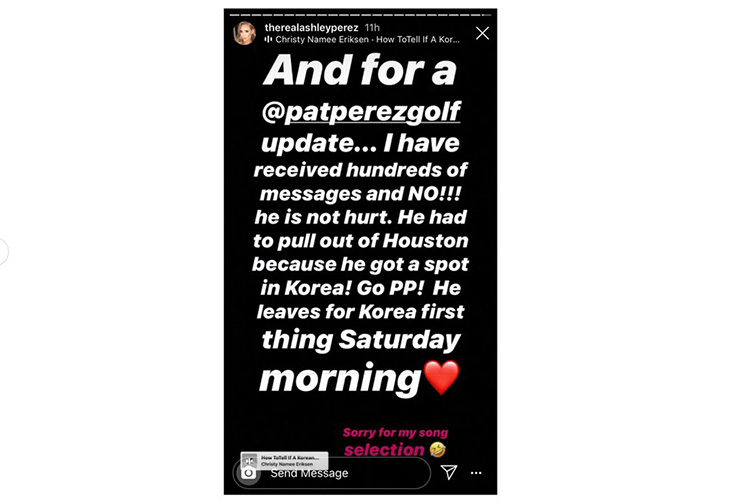 And some people question why I keep close tabs on these lovely ladies. SMH.

There’s a chance that Mickelson will have a historic streak snapped this week. The 49-year-old has been inside the top 50 of the Official World Golf Ranking for nearly 26 years! The last time Phil wasn’t ranked in the top 50, “Mrs Doubtfire” (Great movie, RIP Robin Williams) was No. 1 at the box office. Not that he seems too concerned about it. Here he is practising Kevin Na’s signature walk-in putt move—in front of Kevin Na:

Playing with Kevin Na who just won in Vegas. Now playing a practice round with him in his native country Korea and he’s rubbing off on me. pic.twitter.com/6lAEEgYLdM

If Mickelson ever won a Masters like that, he would break the Internet.

Tiger Woods is writing his memoir, Back, with HarperCollins Publishers. I would have gone with GOAT as the title, but that works, too. And at least he’s not naming it “Cardi B.”. . . Henrik Stenson and Annika Sorenstam announced a joint European Tour-LET event where men and women are playing for the same prize. Sounds great. Even better would be if Stenson turns that old 3-wood into the trophy. . . . South African-born Rory Sabbatini is eying a spot on the European Ryder Cup after changing his citizenship to Slovakia earlier this year. Two Rorys on one team might be a bit confusing, just saying. . . . And finally, it’s a bittersweet day because SiriusXM’s Channel 30 is switching from my favourite station, DMB Radio, back to my other favourite station, Billy Joel Radio—something that seems to happen every couple months: Little did I realize when I heard “Say Goodbye” on Monday night that I was actually saying goodbye. I’ll miss you, Dave.

Why can’t SiriusXM offer both channels at the same time?

Does Tiger need help writing? Editing? Picking out photos? Anything?