Rickie Fowler might miss the cut because he missed this six-inch (!!) tap-in 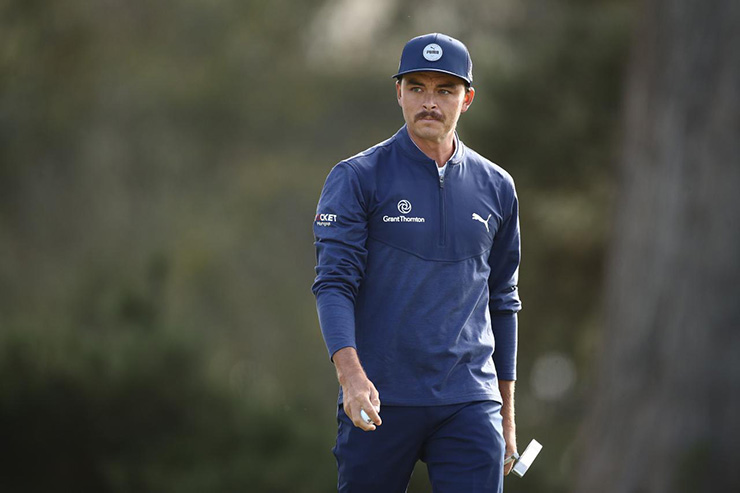 By Christopher Powers
In golf, a six-inch putt counts the exact same as a 350-yard tee shot. Rickie Fowler was reminded of this painful fact in the most excruciating way possible on Friday at the 2020 PGA Championship.

Coming off an opening-round three-over 73, Fowler needed to go low in his second round in order to play the weekend. He was doing just that through 15 holes at TPC Harding Park, having reached four under on the day, which put him at one under for the tournament. But at his 15th hole, the 472-yard par-4 sixth, something terrible happened.

Actually, terrible might be an understatement. What happened to Fowler was nothing short of catastrophic. After finding the green in three shots, he had just eight feet left to save his par. He missed, meaning he’d drop at least a shot, which would still leave him at even par and safely inside the current cut line. But as Fowler went to tap in his six-inch bogey try, he damn near whiffed, advancing it all of one inch:

The woman who audibly gasped in the background of this video is all of us. Oh dear, Rickie, our thoughts and prayers are with you. As it stands, there are 72 players at even par, though many of them still have to play this afternoon and could conceivably come back to the pack and cause the cut to drop to one over. Either way, Fowler has one of the longest afternoons of his life on tap.

Aaaand just as we typed that, he made another bogey at the par-3 eighth. Now, even if he makes birdie on his 18th, he still needs the cut to drop to one over. Nightmarish stuff.