Report: Rory McIlroy to have ‘wedding of the decade’ at Ireland’s Ashford Castle on Saturday 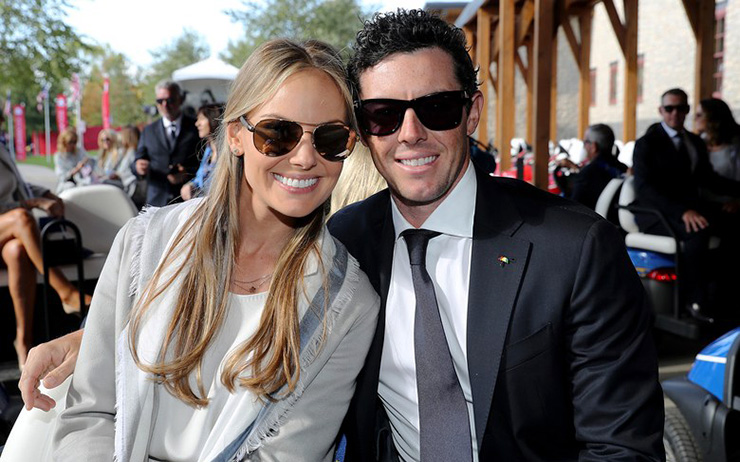 According to multiple news outlets, Rory McIlroy is scheduled to marry Erica Stoll on Saturday, April 22. The Belfast Telegraph reports the ceremony will take place at Ireland’s Ashford Castle in what’s being billed as “the wedding of the decade.”

The timing is in line with what McIlroy told reporters at the conclusion of the Masters when asked about tying the knot.

“I’m excited,” he said. “It’s a great time in my life. It would have been nice to walk down the aisle in a green jacket.”

McIlroy only finished T-7 at Augusta National, but he wasn’t kidding about wearing the green jacket at the ceremony, something winner Sergio Garcia is considering for his July wedding.

“Oh, yeah. If the members would have allowed me, Chairman Payne would have allowed me, but I’m very — we’re very excited,” McIlroy said. “It’s a great time in our lives. That’s what I’m — the next few weeks it’s all about that. I’ll come back to the Players refreshed and a married man and start a new chapter in my life.”

McIlroy also said the couple would go on a 10-day honeymoon “in the middle of nowhere” following the wedding. If they leave the following day, that would still give McIlroy a full week to prepare for the Players, which is May 11-14 at TPC Sawgrass.

McIlroy and Stoll, a former PGA of America employee, got engaged in December of 2015. Stoll famously helped McIlroy get to his Sunday tee time at the 2012 Ryder Cup.

The Ashford Castle was featured in the 1952 movie, The Quiet Man, which starred John Wayne and Maureen O’Hara. Many celebrities — and even President Ronald Reagan — have stayed at the historic hotel through the years. The hotel wouldn’t confirm the event, but did reveal all 82 rooms, plus a cottage, are booked for this weekend. McIlroy and Stoll have celebrated New Year’s Eve there the past two years.

“They are trying to keep the big day as private as they can, even with all the A-listers invited,” an insider told The Irish Sun.

The Irish Sun is also reporting that Coldplay will perform at the reception. Kinda puts your wedding band to shame, doesn’t it?