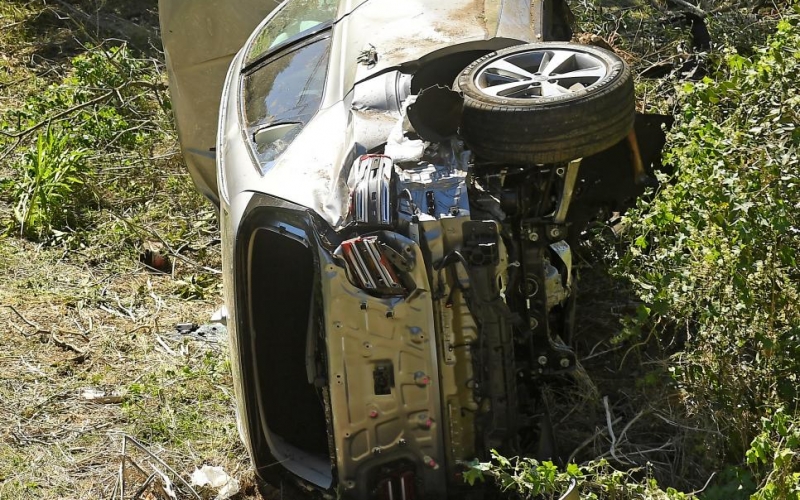 By Tod Leonard
Tiger Woods was unconscious when a man found him in his SUV after a rollover accident in a Los Angeles suburb on Feb. 23, according to court documents obtained on Friday by the Associated Press.

A man who lives in Rolling Hills Estates, Calif., told Los Angeles County sheriff’s deputies that he walked to the crash site near his home and did not get an immediate response from Woods when he asked him questions.

Law enforcement had not previously reported that Woods was unconscious. Carlos Gonzalez, the first deputy at the site, said he spoke to Woods and that the golfer was able to answer questions. According to the affidavit, Woods later told deputies he didn’t remember driving or how the accident occurred.

According to the AP, the information came in an affidavit of probable cause written by Deputy Johann Schloegl, who was requesting that a search warrant be approved for the black box from Woods’ 2021 Genesis SUV.

“I believe the data will explain how/why the collision occurred,” Schloegl wrote, according to the AP. The sheriffs did acquire the recorder but have not revealed its contents.

L.A. County Sheriff Alex Villanueva said on the day of the crash that Woods was driving at “relatively greater speed than normal” on the curving, downhill road that has a speed limit of 45 mph.

The AP said sheriff’s representatives and the man mentioned in the affidavit did not return requests for interviews on Friday.

Woods, 45, suffered injuries to his right leg, ankle and foot in the crash and underwent surgery at UCLA-Harbor Medical Center on the day of the accident. He was subsequently transferred to and underwent further procedures at Cedars-Sinai Medical Center, where he remains while recovering.

PGA Championship 2021: Rangefinders will be in play, and there are plenty of skeptics