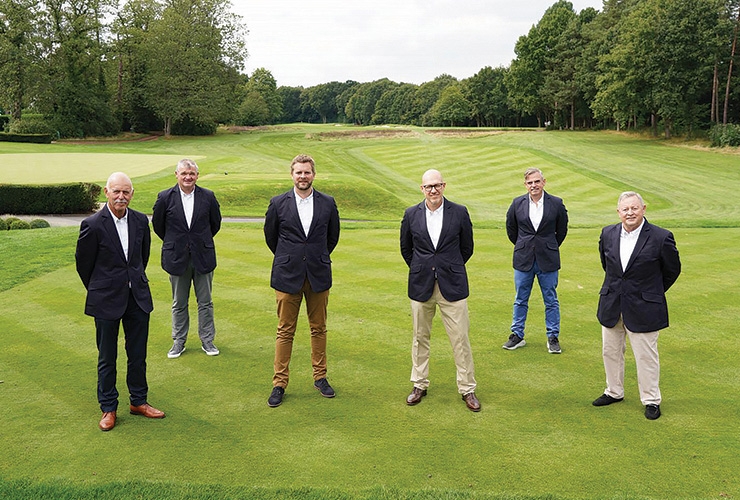 A major focus of the rebranded and re-energised Legends Tour is to become the “greatest amateur experience in golf”. The United Arab Emirates figures strongly in those ambitious plans

By Kent Gray
Given the struggles to keep the European Tour financially and logistically viable in this unprecedented time, many feared the Staysure Tour would become a sad casualty of the coronavirus pandemic.

The doubters clearly hadn’t figured on Ryan Howsam’s vision for the over-50s circuit. The Englishman, who founded insurance firm Staysure in 2004, has become the first individual to have a controlling stake and leadership role in one of golf’s major circuits after taking a majority equity share in what is now known as The Legends Tour.

Howsam will oversee the Tour’s commercial strategy as part of the evolution of Staysure’s existing umbrella sponsorship announced in 2017. The Legends Tour was officially unveiled at the Wentworth Club, the European Tour’s HQ, on September 1 with former Ryder Cup captains Mark James, Paul McGinley, 1999 Open champion Paul Lawrie and 1991 Masters champion Ian Woosnam on hand to sell the sizzle. The quartet will be joined by major champions Darren Clarke, Tom Lehman, Colin Montgomerie and Michael Campbell as Legends Tour ambassadors. The exciting news for Middle East fans is the work behind the scenes to bring a couple of Legends Tour events to the region. Well-heeled amateurs will also be intrigued by the exciting opportunities to compete alongside some of the game’s greats, including a ‘Legends Club” where Ams will compete in their own Order of Merit race.

New Legends Tour chief Mark Aspland chatted to Golf Digest Middle East soon after the tour’s unveiling to bring us up to speed with the all the latest developments of the circuit that no only refuses to die but is determined to become the “greatest amateur experience in golf’.

It’s an incredibly exciting time for senior golf.  Discussions were at the formative stage when I started working on the then Staysure Tour in early 2019. Keith Pelley and Ryan Howsam have a really strong relationship and the idea was first discussed between them whilst on the golf course. For the staff and players, we have the best of both worlds, the European Tour will still operate the ‘inside the ropes’ activities, whilst Ryan will have overall commercial control of the Legends Tour and drive the commercial activity and vision. 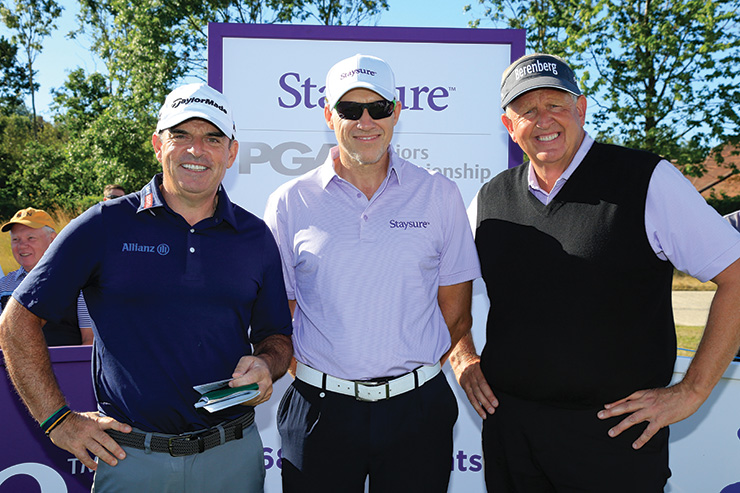 It was quite a job to unpick 25 plus years of the integration with the European Tour operations, but the result is a big step forward for a traditional rights-holder to engage with an entrepreneur to drive the business forward.

To align with the premium nature of the product we are looking at aspirational and successful venues to host events. We have an optimum number of 24/25 events eventually and the product we are building and the value proposition behind the Tour will align very closely with Tourism destinations. We have a very successful 10 year partnership in Mauritius and now Seychelles to form the season-ending Tour Championship, and are currently exploring the Caribbean and Middle East to complement the existing events.

We believe the Legends Tour has a unique offering that will complement the European Tour in the Middle East. We are in regular contact with Tom Phillips in the Tour’s Dubai Office and have several opportunities that are being explored.  The UAE has history with the players now playing on the Legends Tour, and we hope to build on this going forward.

The Legends Tour can complement the other golf activity in the Middle East. We are focusing on the Legends Tour being the ‘greatest amateur experience in golf’. The Pro-am and Alliance formats are central to this – it’s not re-inventing the wheel, more focusing in on the commercial value of our players, and offering an ‘inside the ropes’ experience in the tournament that I believe doesn’t currently exist in the Middle East.

It’s not re-inventing the wheel, more focusing in on the commercial value of our players and offering an ‘inside the ropes’ experience in the tournament that I believe doesn’t currently exist in the Middle East.

Aligned to this, in the new Tour structure within the Staysure Group, we have access to over 5.5 million predominantly 50+ UK travellers. This creates a compelling opportunity for premium tourism destinations and helps us to pull together a long-term narrative for the Legends Tour in the region.

In the new proposition, we are planning for standard fields to be 60 pros and 30 amateurs playing over the 3 days of the tournament.  Two pros to 1 am will create an intense, competitive opportunity for the amateur.  We are creating a ‘Legends Club’, where amateurs can play in a number of tournaments and feature on their own Order of Merit too.

The Amateur spots will be at a premium as they are limited and different territories have slightly different commercial models. For example, we are targeting the US golf travel market for our events in the UK to create a week of golf at incredible venues culminating in the Alliance events.  A title sponsor could come in and own Alliance spots too then allocate to charity / junior golf for a CSR project?  We will work a model according to the commercial requirements of the individual events. 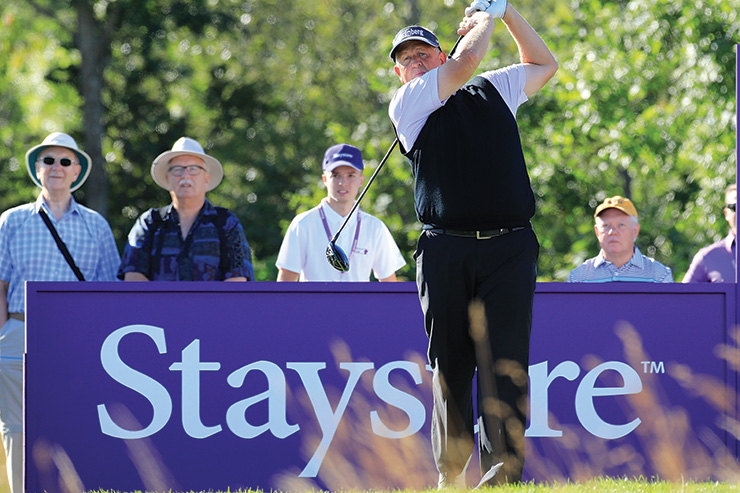 The Legends Club proposition feeds directly into the three-day Alliance events and will initially be focused on events owned and promoted by the Tour, but will be built out further over time. We totally respect that a number of external promoters host tournaments and want to use their own format. We aim to have between 6-8 Alliance events for the Legends Club in 2021. The Legends Club is a lifestyle opportunity where you travel and play with your wife /husband/partner to premium destinations living the life of our pros.

The opportunity is not just for over 50s. it’s for anyone with a passion for golf and spending time with our Legends on and off the course. The Legends Tour pros are great fun to be with and provide the full experience of not just golf… eat with them in the Players’ Lounge and enjoy a drink with them afterwards. This is a unique, premium experience that true golf fans will revel in.

“Accessibility to our stars will form the basis of our growth plan moving forwards.”

The celebrity Pro-Ams we have planned with big names from the sports, music and entertainment worlds are designed to create additional charity / CSR, PR and marketing opportunities, plus enhance the playing experience during the week and therefore commercial value for the over-all event. We want to create a week of top quality entertainment to maximise the value of our events.

The Ambassadors are a crucial part of our strategy going forward and we have been specific in their criteria of being Ryder Cup captains and major winners. We will be using them to drive the brand forward, create awareness, generate content for legendstour.com and utilise them for lifestyle experiences as well as playing experiences. They are the perfect marketing channel for us and our partners and we have further exciting additions planned on top of those already announced.