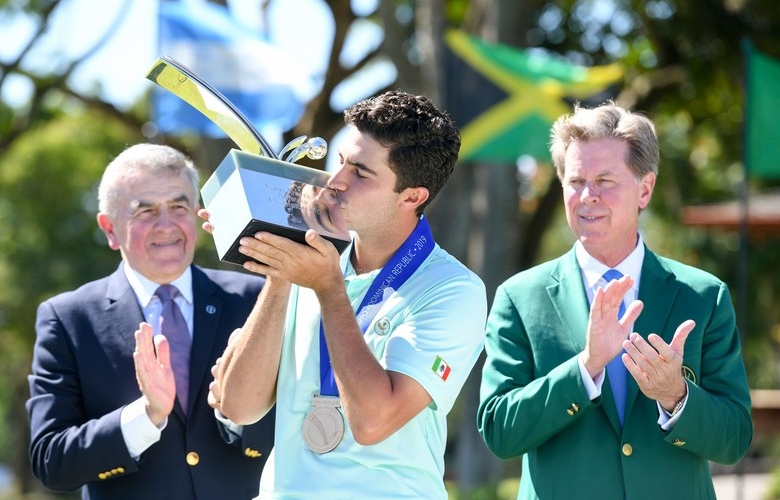 By Ryan Herrington
When the inaugural Latin America Amateur Championship was held in 2015, the number of golfers in the field playing collegiately in the United States, one barometer for the competitiveness of the event, was in the single digits. With the sixth edition of the tournament set for this week at Mexico’s Mayakoba Resort, that number is expected to be in the high 30s.

Recognizing the tournament’s improved profile, officials with the R&A announced on Monday that they will offer a full exemption to the LAAC winner into the Open Championship starting this summer at Royal St. George’s.

“The championship has made huge strides in the five years since it was first played,” said R&A CEO Martin Slumbers in a press release, “and you only have to look at the success that [2018 LAAC champion] Joaquin Niemann has enjoyed on tour to recognize the growing strength of the top players in this region. There is a strong tradition of amateurs competing in the Open and we look forward to seeing more players from Latin America and the Caribbean competing in the years to come.”

The exemption into the Open means the LAAC winner will get invitations to play in two majors, with a spot in the Masters already reserved for the champion. A chance at playing in a third major is also available, as the winner gets entry into sectional qualifying for the U.S. Open.

Runners-up at the LAAC also get a place in U.S. Open Sectional Qualifying and final qualifying for the Open.

With the new exemption, the R&A now affords winners of five amateur events with direct entry into the Open, the others being the champions of the British Amateur, U.S. Amateur, European Amateur and Asia-Pacific Amateur.

The Latin America Amateur is conducted in partnership with the R&A, the Masters and the USGA. This week’s field will consist of 108 golfers from 28 countries, with qualifying based on their position in the World Amateur Golf Ranking.

USC’s Justin Suh picks up where he left off the college season, winning the Northeast Amateur in a runaway