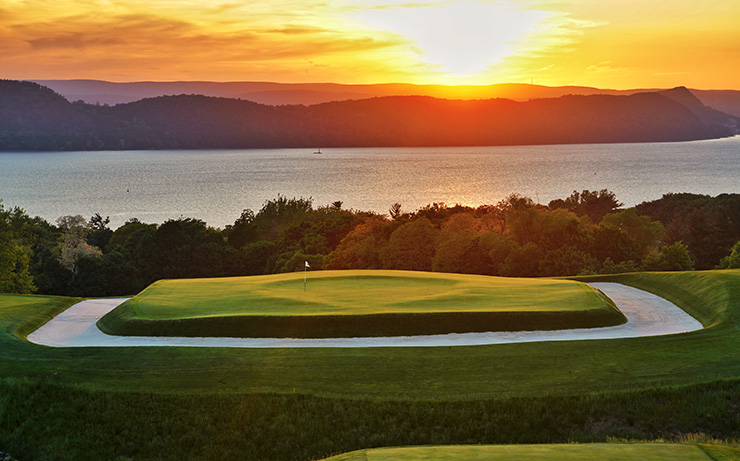 By Kent Gray
We’ve been unashamed fans of Gil Hanse’s handiwork ever since meeting the American course architect in 2016, then at the controls of a bulldozer shaping what was to become Trump International Golf Club Dubai. The Rio 2016 Olympic Games course designer is revered globally for his modern twist on early 20th-century golf architecture and Sleepy Hollow Country Club is another fine nod to that noble artistry. Hanse partnered with the late George Bahto, who had extensively researched the works of Sleepy Hollow’s original designer, the legendary architect C.B. Macdonald, to remodel the course in Scarborough-on-Hudson in Briarcliff Manor, New York, over a period of more than 12 years.

Founded in 1915, the course had consisted of 11 Macdonald-designed holes and seven added in 1927 by A.W. Tillinghast but all 18 holes have now been rebuilt in Macdonald’s style. They include the picturesque par-3 16th where Hanse restored the large “thumbprint” in a green surrounded by a moat of bunkers.

With majestic views of the Hudson River from one of the highest points of Westchester County and plenty more design quirkiness besides, Sleepy Hollow has just crept into Golf Digest’s ‘America’s 100 Greatest Golf Courses’ for the first time in 89th place.