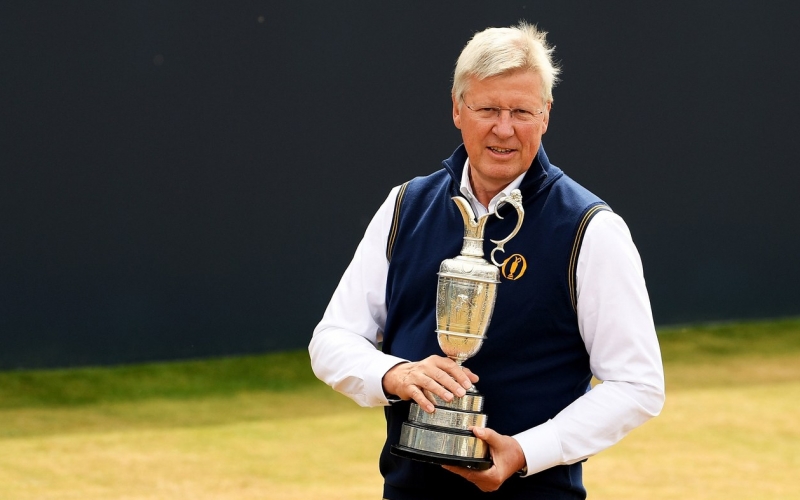 By John Huggan
ST. ANDREWS, Scotland — In a world of golf increasingly dominated by slow play, R&A chief executive Martin Slumbers set a good example during his annual sit-down with members of the British press. During an hour-long give-and-take around the big table in his office situated high above the first tee on the Old Course at St. Andrews, the genial Englishman covered a lot of ground.

Rule changes. Pace of play. The state of the Old Course. “Brexit” problems for the Open Championship at Royal Portrush later this year. They were all in there, as well as a couple of official announcements. The 151st Open will be played at Royal Liverpool in 2022—which will surely mean Muirfield hosting in 2023. And Georgia Hall, the current Women’s British Open champion, has become an “R&A ambassador” as the game’s ruling body outside the United States and Mexico continues its efforts to inspire more females and families to play golf through its “Women in Golf Charter.”

Rules first. Unlike his counterpart at the USGA, Mike Davis, Slumbers was quick to acknowledge that the slew of changes introduced Jan. 1 had precipitated some “unfortunate incidents,” as well as not going as smoothly as he might have liked. (“just two countries separated by a common language,” said Slumbers with a smile.) There have been a number of high-profile casualties, most recently Rickie Fowler, who was penalized last week in Mexico when he dropped his ball from shoulder-height rather than the knee-height now mandated in the rule book. 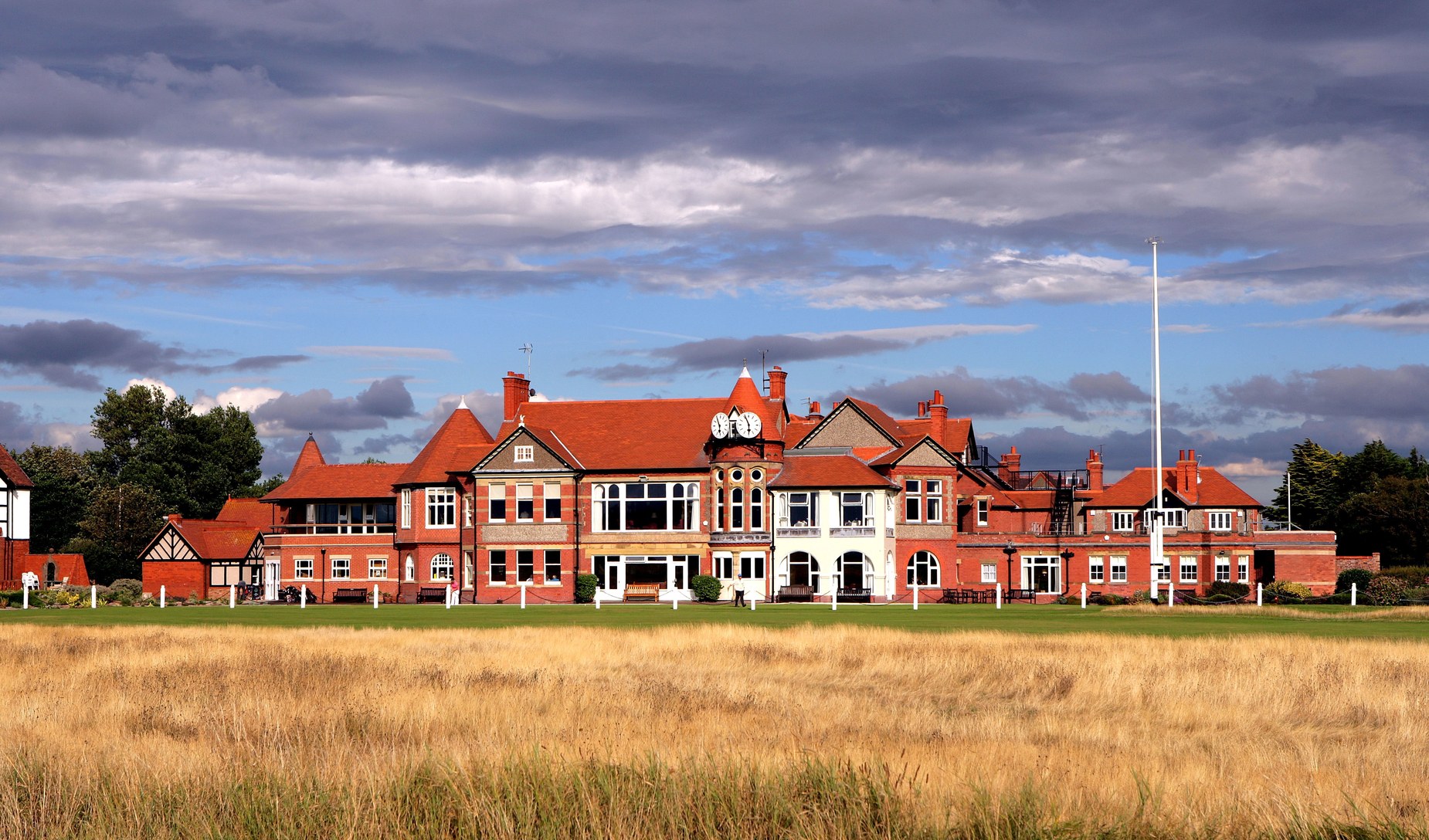 David Cannon/Getty Images
Royal Liverpool, where this year’s Walker Cup will be held in September, has been awarded the 2022 Open Championship.

Putting with the pin in has clearly drawn some attention, with Slumbers admitting he has already heard from more than one greenskeeper pointing out that, on busy days, holes are being damaged by hands constantly squeezing between lip and flagstick. But, on the other hand, allowing club golfers to eliminate attending the pin has brought benefits to the pace of play.

“The Rules of Golf committee at the R&A has done a lot of heavy lifting, but we’ve done it all with the tours from Day 1,” Slumbers pointed out. “And the tours sit on our Rules of Golf committee and have been involved. I think that’s important to remember. This is not just us in isolation. We do this in collaboration right across the game. But, yes, it is a lot of change. So we will continue to work closely with the tours and with the players. I remain completely committed to believing this is the right thing for the game. We will work through any further issues.”

RELATED: USGA pleased with roll out of new Rules so far, despite criticism

Speaking of which, Slumbers was quick to pay tribute to Rory McIlroy and Dustin Johnson for the speed at which they had played during the final round of the WGC-Mexico Championship.

“Dustin and Rory effectively played ‘ready golf’ from the first hole on Sunday,” he said. “It was wonderful. But there is work still to be done. Ultimately, it’s up to all the players on tour to take responsibility to play quicker. That’s why I smiled when I saw Rory and Dustin getting on with it. I’d like to see more across the board.”

Still, perhaps even more pressing is the United Kingdom’s possible exit from the European Union on March 29. While the political situation surrounding Brexit remains murky, Slumbers and his team have had to face some possibly difficult realities and logistics in terms of the border between Northern Ireland and the Republic. Royal Portrush, of course, is located in Northern Ireland. Which is part of the UK, but not part of Great Britain.

“The lack of certainty about the laws under which we will be operating under post-March 29 has caused us significant concern,” he admitted. “In hindsight would I be wanting to do Portrush in the year that we would be potentially leaving the European Union without a deal? No. We as a management team have spent a lot of time looking at contingencies and what we need to do. The future of the border is the No. 1 concern. We have over 2,000 containers to get across the Irish Sea and we start building April 2. The good news is that nothing will threaten the staging. We will make the Open happen. It’s just more complex than we anticipated.” 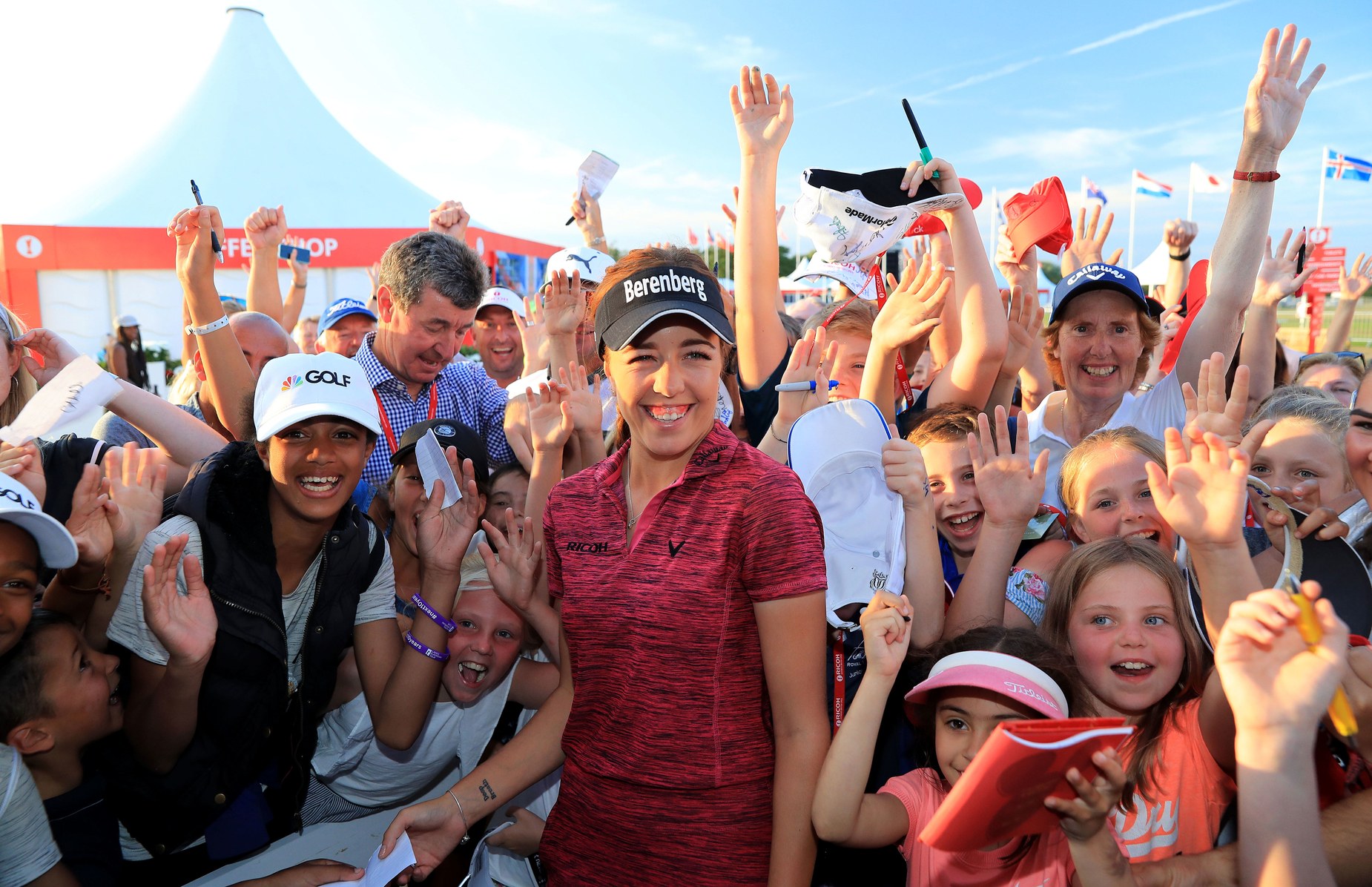 Looking a little further ahead, Slumbers also had things two say about the 2021 Open, the 150th, which will be staged outside his office window on the Old Course. Some have expressed concern over the continuing ability of golf’s most famous venue to cope with the vast distances leading players now propel golf balls with modern equipment. And, in news that will surely appal many traditionalists and historians, Slumbers admitted that the next St. Andrews Open will feature more long grass than ever before.

“We will be looking at the course setup and there is some rough beginning to grow that will ensure the strategic nature of the Old Course remains. The importance of making sure you play the strategy properly will be enhanced. But if we get no weather, no wind and plenty of rain, we all know the links course is at the mercy of these great players. The Old Course is no different.”

RELATED: What’s going on at the Old Course and should we be worried?

Specifically, Slumbers indicated that the rough left of the 17th fairway on the iconic Road Hole will be enhanced in order to force players to the right, closer to the out-of-bounds. The grass on the bank left of the 14th fairway and right of the fifth will also be allowed to grow longer than ever before.

One hour in, the meeting ended happily on a lighthearted note, with a question regarding the 2021 Open: “Do you think the ultimate nightmare would be a six hour round and somebody putting for a 59 with the flagstick in?”

There was no answer to that one.