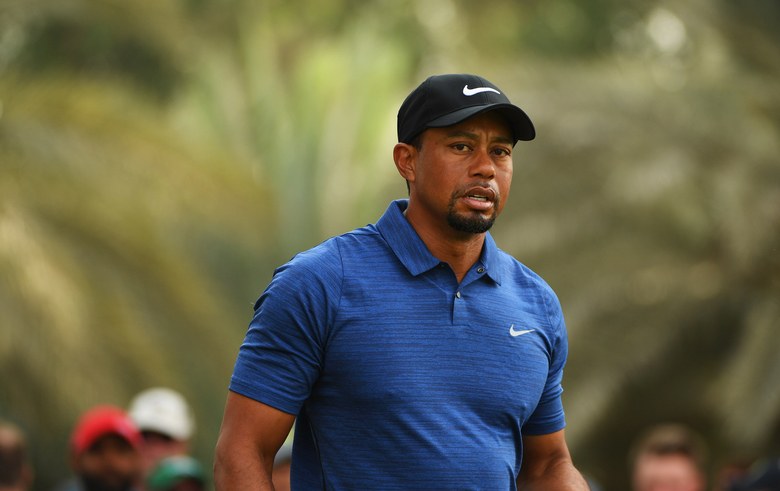 Tiger Woods had Vicodin, Dilaudid, Xanax, Ambien and THC in his system when he was arrested on suspicion of DUI in the early morning hours of May 29, according to a toxicology report released on Monday by the Palm Beach County Sherriff’s Office.

Two of the medications listed on the report, Hydrocodone (a generic form of Vicodin) and Hydromorphone (more commonly referred to as Dilaudid), are painkillers.

Alprazolam (Xanax) and Zolpidem (Ambien) are both sleep aids, while Delta-9 carboxy THC is the primary compound in marijuana.

It’s unclear whether Woods had prescriptions for all of the medications, though at the time of his arrest he told police he had been taking Vicodin and Xanax following a fourth back surgery in April. Medical marijuana, meanwhile, is legal in Florida.

Last week, Woods pleaded guilty to reckless driving and agreed to enter a diversion program that could result in his record being expunged.

Three weeks after his arrest, Woods announced that he had checked himself into a clinic to seek help dealing with managing his prescription drugs. He completed treatment last month, he said.

“As I previously said, I received professional help to manage my medications,” Woods said in a statement published by ESPN and GolfChannel.com. “Recently, I had been trying on my own to treat my back pain and a sleep disorder, including insomnia, but I realize now it was a mistake to do this without medical assistance. I am continuing to work with my doctors, and they feel I’ve made significant progress. I remain grateful for the amazing support that I continue to receive and for the family and friends that are assisting me.”

Woods was found by police asleep at the wheel of his Black Mercedes, the engine running and with fresh damage to the vehicle, on a road near his home in Jupiter, Fla., shortly after 2 a.m. back in May.

He failed multiple field sobriety tests and didn’t know where he was but also blew a 0.00 on a breathalyzer after being taken into custody.

Woods hasn’t played golf since February and hasn’t said when he plans to play again. In a statement published by GolfChannel.com, Woods said his doctors are pleased with his recovered from his most recent surgery, and that he’s ”doing light lifting, riding a stationary bike and putting a little.”

”As he has stated previously, Tiger is remorseful about his actions and committed to correcting his mistakes going forward,” PGA Tour commissioner Jay Monahan said in a statement. ”And as I’ve said before, the tour is committed to helping him in any way we can, as he is a member of our family. We will have no further comment on this matter.”