Players Championship: Brooks Koepka has an interesting theory on why it’s easier to win majors than regular events 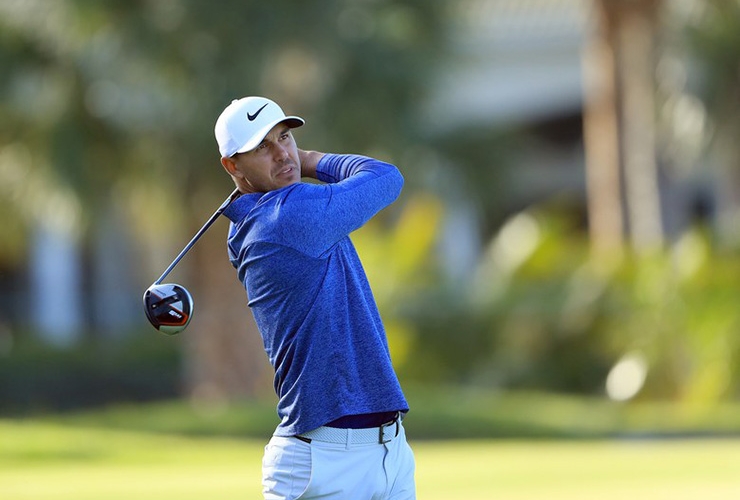 By Joel Beall
Historically, a player collects a handful of trophies before breaking through at a major. Brooks Koepka had no time for that template, inverting the paradigm by winning three major championships before grabbing his second regular PGA Tour event last fall at the CJ Cup. And before that autumn triumph, Koepka had to face the most preposterous inquiry: Why haven’t you won more on the PGA Tour?

Keep in mind, most marquee names—Dustin Johnson, Justin Rose, Rickie Fowler among the current crop—stare down down a darker inquiry, their major merits, or lack thereof, scrutinized and questioned. Koepka’s “problem” was a good one to have. Speaking on Wednesday at the Players Championship, Koepka posited an interesting theory that pertains to both questions, shedding light on a perspective that’s fueled Koepka’s rise to stardom.

“The majors are, I don’t want to say easier, but I feel it kind of is,” Koepka said at TPC Sawgrass. “You’ve got so many guys playing, a couple of them are mentally going to beat themselves up. Just in contention, if it’s tough, certain guys are going to throw themselves out, and it really kind of whittles down to a few players. Especially by Saturday, you can pretty much almost predict who is going to be there come Sunday.

“That’s what I love about going to a major. Half the guys you’ve already beat them by the time you’ve stepped on the first tee.”

While there’s a certain degree of hubris and audacity to that claim, it’s one supported by his track record. Aside from capturing three of the last six majors, he’s played in, the 28-year-old has nine additional top-15 finishes in the game’s Big Four since 2014.

Which puts a heightened spotlight on Koepka as Augusta National draws near. A wrist injury kept Koepka from competing in last year’s Masters, and the hallowed confines certainly seemed suited to his game.

For his part, Koepka is ready for the challenge.

“Just confidence. I’ve got a lot more confidence now than I’ve ever had. That’s all it is,” Koepka said on his green jacket prospects. “But Augusta, yeah, you’ve got to have some knowledge. I’m excited to get back there. I’m always excited for a major, but it will be nice to go back as an actual major champion for the first time. It will be nice.”

As for this week, despite his recent success, Koepka’s not among the tournament favourites due to his lack of success at Sawgrass. But, speaking to the sentiments of becoming comfortable in his own skin, the World No. 3 doesn’t see that as an issue.

“It doesn’t matter what you do in years previous. As long as you’re playing good right now, it doesn’t matter the golf course,” Koepka said. “If you’re playing good you should pick it apart and should play well. Course history isn’t what you guys make it up to be, I don’t think. I’ve seen guys show up to an event and not see the golf course and win.”

Koepka tees off on Thursday at 1:59 p.m. with Fowler and Jordan Spieth.