Play suspended for the day at East Lake, Justin Thomas leads by one as marathon Sunday awaits 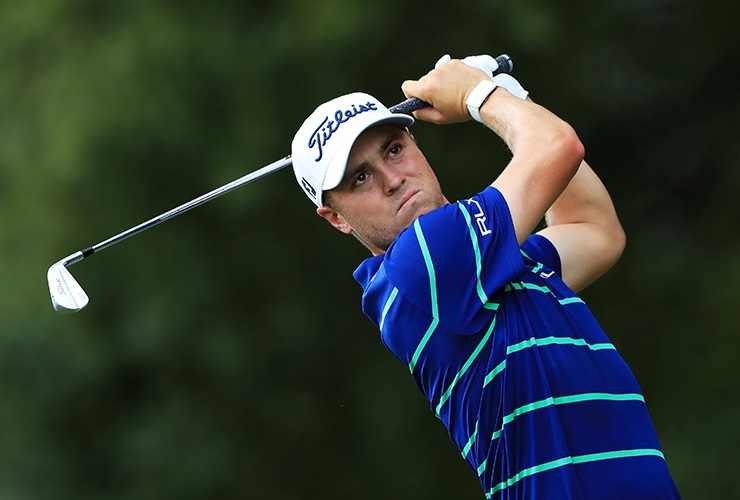 By Christopher Powers
After two lightning strikes at East Lake Golf Club Saturday on afternoon injured six people, PGA Tour officials suspended the remainder of the third round at the Tour Championship. With news that none of those hurt on the scene suffered life-threatening issues, players and officials now must regroup and prepare for a long Sunday that will determine the 2019 FedEx Cup champion and winner of a $15 million reward.

Justin Thomas will begin the final day of play in a similar fashion to how he began the week: with the lead. Only this lead is just one stroke instead of two. Thomas made five straight pars to start his third round, and watched as everyone else around him faltered in the windy conditions. His next shot will be from the middle of the sixth fairway, where his 289-yard drive has left him with just 220 yards into the green on the front nine’s only par 5.

Brooks Koepka, who lead at the end of Friday’s play, bogeyed two of his first three holes to drop to 11 under, one back of Thomas. Koepka will begin play on Sunday in the left rough at the par-5 sixth, with 222 yards left to the green. He’s tied with Rory McIlroy, who bogeyed the first hole and then made four straight pars. After hitting the fairway at No. 6, McIlroy took direct aim at the flag and landed it a few feet from the hole, his ball rolling out to 43 feet. He’ll have an eagle putt to start his Sunday.

Playing alongside McIlroy is Xander Schauffele, who found a fairway bunker with his tee shot at the sixth but then hit a fairway wood that landed on the green and rolled just over the back. As he was preparing to chip his third, play was halted. He’s in solo fourth at 10 under, having played his first five holes in one-over-par.

One of the rounds of the day on Saturday belonged to Chez Reavie, who is three-under through seven holes, nine-under for the tournament.

This new Tour Championship wasn’t perfect, but it worked

Appreciate Rory McIlroy’s season for what it is, instead of what it’s not

The Tour Championship, its evolution and why Justin Thomas leads by two before a shot is struck