Phil Mickelson will play in the final group for the second time in three starts, trails Paul Casey by three 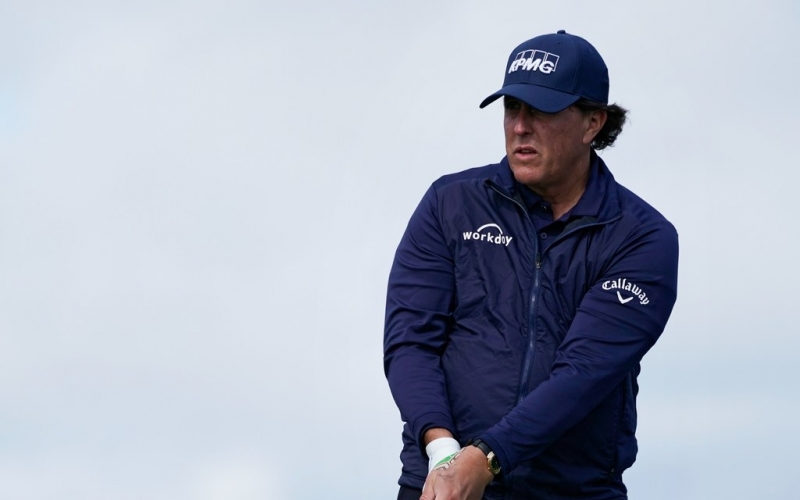 By Christopher Powers
If anyone thought Phil Mickelson would begin to fade as he closes in on 50, he’s showing no signs of it in 2019. For the second time in his last three starts, Lefty will play in the final group on Sunday thanks to a third-round two-under 70, which came in some difficult conditions on Saturday at Pebble Beach. He’s at 12-under 203, three back of solo leader Paul Casey.

But after parring 11 and 12, Mickelson came up huge with a birdie at 13 and an incredible second shot into the 14th green, leaving him with just four feet for eagle. He made the putt and hung on for dear life on the final four holes, making four pars, included an all-world sand save at the par-3 17th.

“I thought it was a successful round, it was difficult out there, especially around the turn at eight, nine and 10,” said Mickelson, who will turn 49 on Sunday of the U.S. Open, which is at Pebble this June. “But I was able to come back with a few birdies when it cleared up. I thought anything in the 60s was going to be a heck of a round and I was one shy, but I’ve got a good chance going into tomorrow and I’m looking forward to it.”

If Mickelson can come from behind and win, something he’s done 16 times in his career after 54 holes, it will be his fifth career victory in the event, and his first since 2012. That would tie him with Mark O’Meara for most wins in the event. There are horses for courses, and then there is Phil Mickelson at Pebble Beach.

“I just enjoy it here, the challenging conditions often times come into play, I think the grass and the grain and the little half shots back to some of these pins a lot of guys struggle with and it’s been a strength of my game. So I’ve been able to make a few more birdies on some of these holes.”

Just making it to Sunday was a milestone in itself for Mickelson, as it marked his 500th career cut. But now he has winning on his mind, which will be a tall order with the way Casey is playing. The Englishman took advantage of some more benign conditions over at Spyglass Hill on Saturday, firing a five-under 67 to get to 15-under 200. Casey is seeking just his third PGA Tour win, and if he finishes it off it would come in the event where he made his first career start in 2001.

Scott Piercy and Lucas Glover are four back at 11-under 204, while Brian Gay and Matt Every are at 10-under 205. Jordan Spieth was at nine under on the 18th tee, but made a disastrous double bogey to fall to seven-under 208. Jason Day is among a group at nine-under 206.